5 Movies With the Worst Imaginary Friends

Many people can remember having imaginary friends when they were children, perhaps figures to be called upon when no one else was available to play, or when other playmates became too boring or demanding. Imaginary friends can be instilled with any fantastical powers one can come up with, far beyond what “real” friends are able to do, and imaginary friends cater to any want or need, never refusing a game, acting judgmental, or leaving to go hang out with someone else. They’re the playtime saviours of lonely and weird children everywhere.

But if an imaginary friend hangs on for too long, lasting into adolescence or adulthood, things can start to get creepy. Movies have taken advantage of this by using imaginary figures for dark humor, horror, or psychological thrillers. Here’s a look at 5 movies that feature characters with imaginary friends and figures that haunt their imaginations. [warning: spoilers for some of the movies lie ahead] 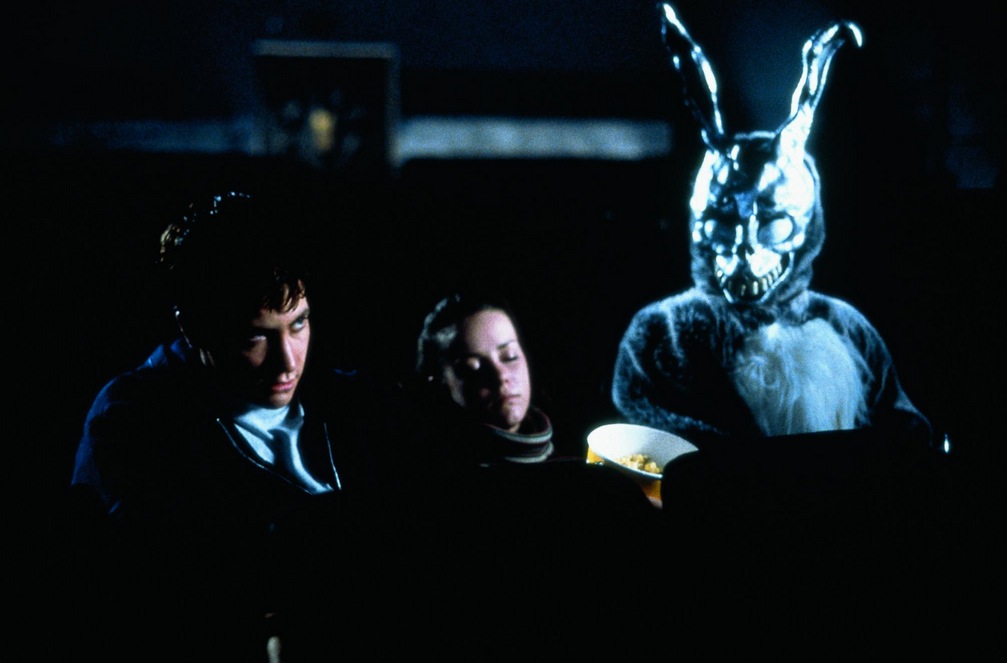 This mind-warping cult-classic stars a young Jake Gyllenhaal as a mentally disturbed high schooler. One of his nightly routines is to sleepwalk through the local golf course and receive messages from a very scary rabbit figure named Frank. Frank tells Donnie that the world is going to end in ”28 days, 4 hours, 6 minutes and 12 seconds.” Whether Frank is a guy in a bunny suit or a giant bunny-man thing isn’t totally clear, like many parts of this movie.

That’s definitely not a dig on Donnie Darko, though, as the fact that almost no one completely “gets it” doesn’t mean that it’s not a beautiful, dark, weird, and thought-provoking movie. Frank convinces Donnie to commit various acts of vandalism around his school, which seem completely immature except for the emotionless air with which Donnie performs them. As Donnie tries to figure out who or what Frank is, the movie becomes more sci-fi metaphysical than psychological drama. 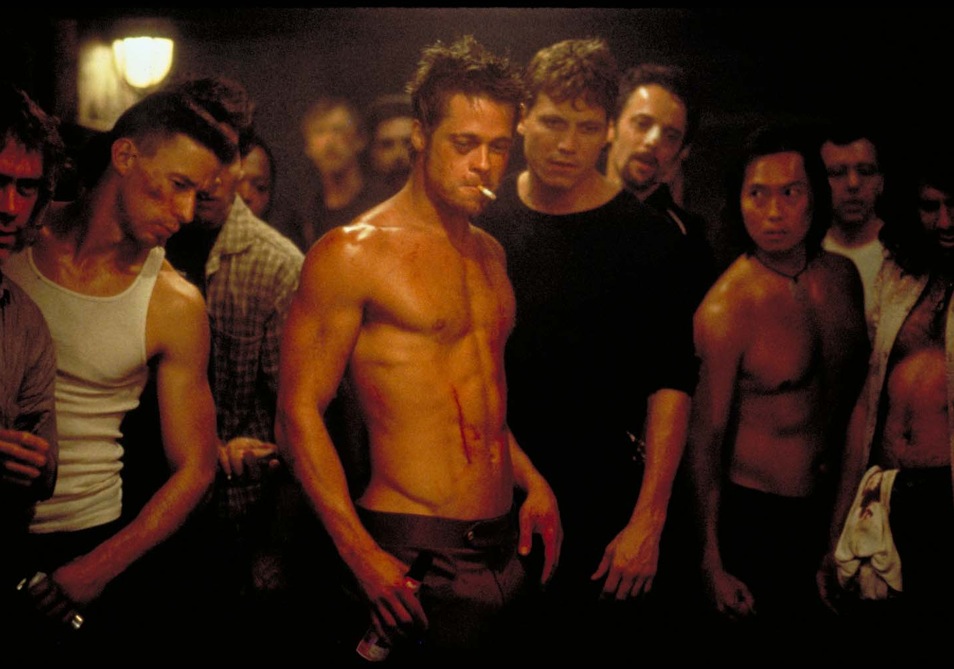 This is probably one of the more famous examples of a movie “imaginary friend,” again caused by some sort of split personality disorder. While “Jack” — as the protagonist is referred to in the Palahniuk novel, he remains nameless in the movie — thinks he has found his liberation and his new best friend when he meets Tyler Durden, the big twist at the end reveals that Tyler was just him all along. Everything he thought he saw Tyler doing, was really him. It’s a horrifying revelation.

At first Jack is seduced by Tyler’s anarchist lifestyle as Jack has become completely numb to everything working his corporate job and living a boring life in his sterile, Ikea-furnished apartment. But soon Tyler’s teachings spiral out of hand and Jack becomes disturbed by the violent deeds Tyler is planning to do. By the end we realize that Tyler was a manifestation of Jack’s imagination, his intense insomnia, his need for a masculine role model, and a fictionalized version of bipolar disorder. We can all only wish our imaginary friends would’ve been that badass.

This movie is most famous for the extreme 62-lbs weight loss Christian Bale went through to play the sleep-deprived factory worker Trevor Reznik. Reznik’s emaciated figure was just one side effect of his extreme insomnia. Even those who have gone through mild bouts of sleep deprivation know that it can bring on hallucinations, from the more benign to the extreme depending on how long one has gone without sleep and other extenuating circumstances. One thing that happens to Reznik is he hallucinates an entire person, his co-worker at the factory Ivan. Ivan’s mysterious arrival and creepy grin everytime he crosses paths with Trevor disturb Reznik so much that he ends up causing an accident on the factory floor that results in another co-worker Miller losing a finger.

The paranoia of Reznik just increases from there as he begins to believe that everyone at work is turning against him. When he tries to place the blame for the accident on Ivan, he shows his co-workers a picture of Ivan and a former colleague and they all point out that it’s himself that’s in the photo. Turns out no one at work has heard of Ivan. Ivan is just a paranoid delusion created by lack of sleep. Try and get your eight a night, folks. 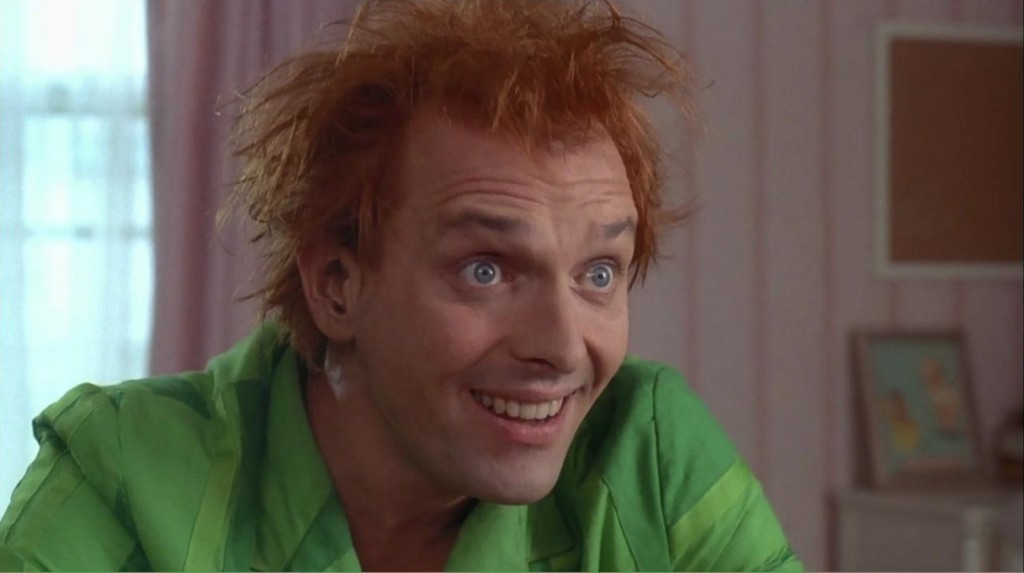 This is a weird movie. It’s too dark to be for kids, but much of the slapstick humor is too silly for adults, too. But this is also probably the one on the list most explicitly about the concept of the imaginary friend. Lizzie has had an imaginary friend named Fred for years. He helped her through some tough, lonely times in her childhood, but she also got blamed for many of his more over-the-top antics. Fred never seems to know when to reign it in and chill out. He also has a belief that imaginary friends are for life, not just childhood, and he won’t go away. Fred is a like an anarchic cartoon character with horrible manners and while Lizzie thought he’d give her some relief from the stressful adult world by letting him free at the end of a particularly bad day, she soon regrets it.

When she begins to blow Fred off in order to try and patch things up with her estranged husband, Fred turns malicious and the movie gets darker than a children’s movie should be. Turns out Fred hasn’t really been making Lizzie very happy, even during her childhood, as she was constantly blamed for all the bad things he’d do. Isn’t the entire point of having an imaginary friend that you’re supposed to be able to control them using your imagination? 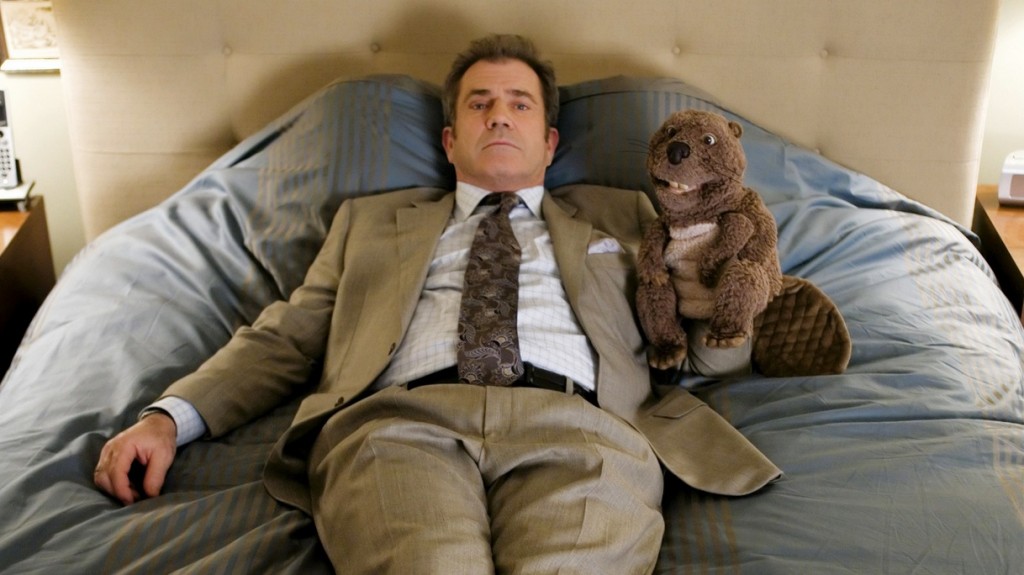 This one had to be added to the list for sheer weirdness. It’s as if Mel Gibson has decided to embrace his image of being completely off-the-hinges insane rather than fighting it at this point, as he decided to take this role in Jodi Foster’s film playing a man who speaks to a puppet beaver he carries around on his hand. Foster directed this and also plays Gibson’s wife, who throws the depressed drunk out after he loses his job as the head of a toy company. He’s at rock bottom and about to commit suicide when the beaver puppet he found in a dumpster begins speaking to him in a Cockney accent. He begins speaking only through the toy, wearing it on his hand all the time, and attempting to get his life back on track.

The fact that anyone, much less Jodi Foster, tried to make a serious movie with this premise is sort of unbelievable. Roger Ebert said, “The Beaver is almost successful, despite the premise of its screenplay, which I was simply unable to accept. I concede it is possible that a man in depression might be able to heal himself by projecting his personality into a hand puppet. I am not sure it is possible, or even advisable, to make a serious movie about that.”