5 Music Festivals in 2015 to Start Planning for Now 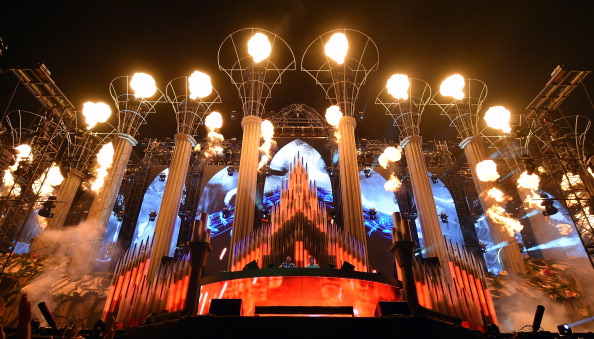 Last year was chock-full of amazing music festivals for fans of all genres, from rock and blues all the way over to pop and EDM. The true beauty of the festival adventure, though, is the way in which there’s a unique experience for everyone at each and every one. Anyone looking for a relaxed weekend in the desert looking for celebrities in the crowd can have a great time at Coachella in Indio, California. The fan of movies, music, and technology can make plans to have a fully-loaded weekend at South By Southwest in Austin, Texas.

But with spring and summer almost upon us, there are a few singularly amazing festivals worth putting on your musical bucket list, with each providing a weekend guaranteed to be remembered for years to come. For many of these, you’ll come back with nice tan and a new outlook on life, as they tap into that part of you that just wants to have fun. So start stocking that piggy bank now, because these music festivals aren’t going to wait.

EDC Las Vegas is one of (if not the) biggest electronic music festival in the United States, with attendees numbering in the hundred-thousands. The stage production is out of this world, with LED screens, fireworks, lasers, and circus performers that would impress just about anyone. For the week before, many of the DJs and artists performing can be found headlining the best clubs Vegas has to offer, making for a perfect luxury getaway that won’t break the bank (typically you can get a good deal on hotel fares if you get a large enough group together). The biggest issue is making sure you stay rested and hydrated: The festival runs from 7 p.m. to 7 a.m. at the Las Vegas Motor Speedway outside the city, making it extra important that you get a lot of sleep the weeks preceding.

Over its four-day run every June, Bonnaroo features a massively diverse lineup that in past years has had everything from Elton John to Skrillex. In terms of lodging, it’s less a luxury adventure; be prepared to get your camping supplies together, because this Tennessee festival is best experienced with a tent and propane grill. From the lineup with dozens of artists for fans of just about everything to the Bonnaroo cinema featuring comedy and movies every day, it provides plenty of spaces to both relax or go party your head off.

There’s really nothing out there quite like Shambhala. Held on a private ranch in the woods of British Columbia, it features four days of incredible music, beautiful production values across its five stages, and some of the friendliest attendees you’ll ever see at a festival. Its attendees number right around 10,000, making for a smaller, more intimate summer experience for those of you more intimidated by large crowds. Anyone looking to relax can take a dip in the Salmo River during the day, with plenty of shade to nap under when you’re not dancing the day away.

Held in beautiful Golden Gate Park in the City by the Bay, Outside Lands is one of the more laid-back festival adventures you can have. Planning typically involves making sure you arrange a bed to sleep in, get your tickets far in advance since they will sell out, and getting well versed on the massive lineup that last year had Tom Petty & the Heartbreakers headlining the second night. There was of course tons more variety, with Kanye West, Tiesto, The Killers, Macklemore, and plenty more having graced the stages this last August. It’s a safe bet that 2015’s lineup will be equally as varied, making it a festival perfect both for the solo experience and a family trip.

Although it requires you to book a flight out to Belgium, Tomorrowland is more than worth the cost, especially if you start saving now. If you thought EDC Las Vegas was big, this festival may very well change your mind. The festival’s ticket sales number right around 180,000, making the area right outside of Boom into its own city for its three-day run every July. All that money of course goes right back into booking only the best DJs in the world and into constructing gigantic stages made up of towering scaffolding and expansive light panels. It’ll run you a pretty penny, but in terms of bucket list festivals, Tomorrowland is the one to mark down in your calendar.