For the most part, Don Cheadle’s most notable film role of late has been as Colonel James Rhodes a.k.a. War Machine in the Marvel Cinematic Universe, a part he’ll reprise again later this year for Captain America: Civil War. However, lest moviegoers forget, the actor has a rich history of memorable performances dating all the way back to the late 1980s. So, as he prepares to make his feature directorial debut with Miles Davis biopic Miles Ahead (in which he also stars), let’s review just a few of Cheadle’s career highlights. 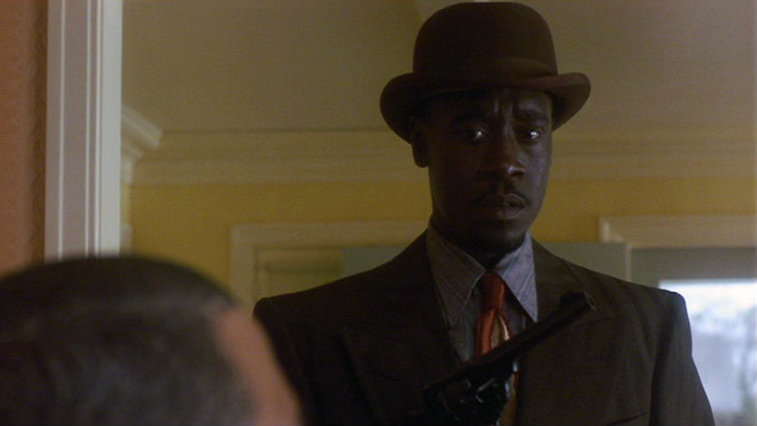 This neo-noir thriller stars Denzel Washington as Ezekiel “Easy” Rawlins, a war veteran turned private investigator who sets out to locate a missing woman. However, the film — based on the Walter Mosley novel and directed by Carl Franklin (Out of Time) — also features a standout supporting performance by Cheadle as Easy’s trigger-happy friend, Mouse Alexander. Reviews for the film were positive overall, but Cheadle was particularly praised. In many ways, the film was offered his big-screen breakthrough role, as he scooped up several critics’ prizes as a result. 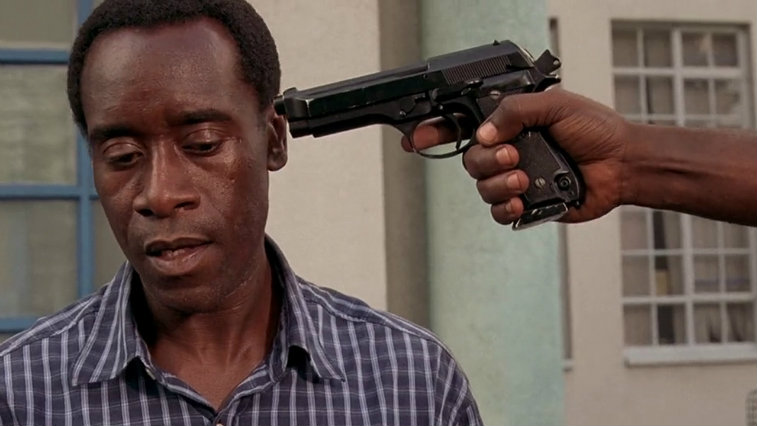 Cheadle won international acclaim for his powerful turn as real-life hotel manager Paul Rusesabagina, who provided sanctuary to more than a thousand refugees during the Rwandan Genocide of 1994. As directed by Terry George (Reservation Road), the film is a harrowing account of an unspeakable historical event and earned heaps of praise, much of which centered on Cheadle’s performance. The role anchors the political themes of the film and earned Cheadle his first and only Academy Award nomination to date. 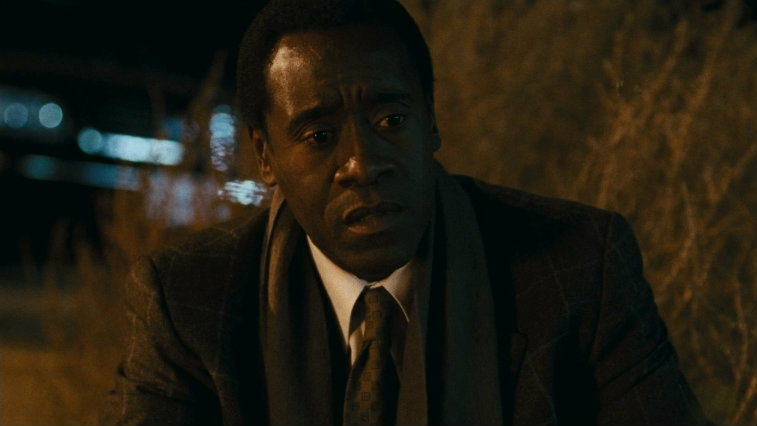 Crash is often derided as the film that stole the Best Picture Oscar from Ang Lee’s Brokeback Mountain back in 2006. However, the film deserves credit for its ambitiously broad exploration of race relations through an interconnected group of Los Angeles residents. Cheadle served as one of the film’s producers, but in addition to his integral role in the production as a whole, he earned BAFTA and SAG Award nomination for his supporting role as Detective Graham Waters. The actor also notably appeared in 2000 hit Traffic, which embraced a similarly storytelling style. 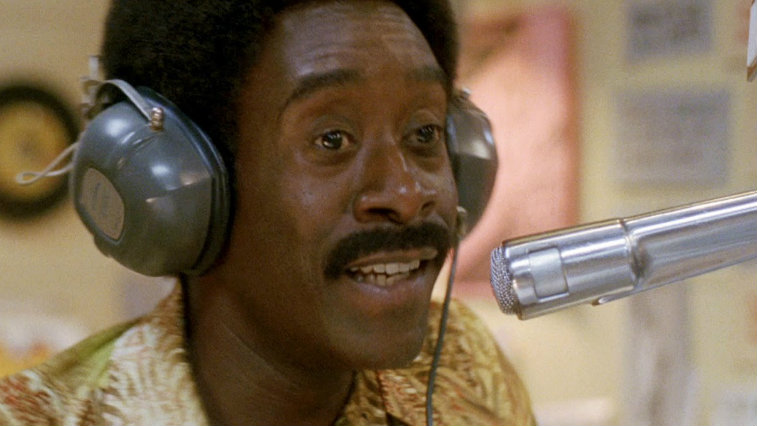 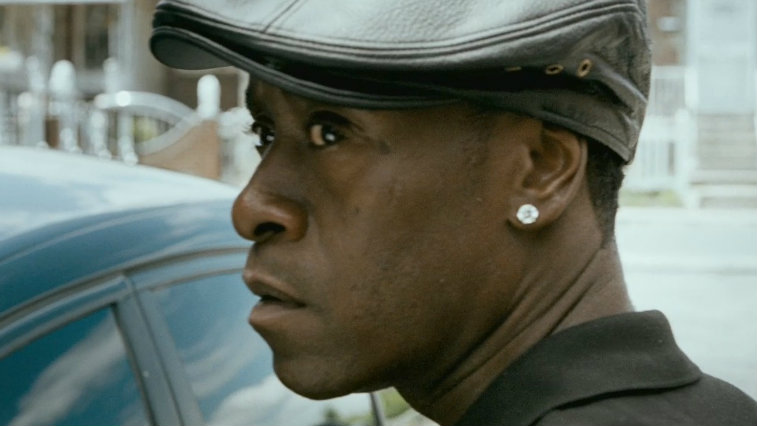 Director Antoine Fuqua may be best known for his collaborations with Denzel Washington on films like Training Day and The Equalizer, but this crime thriller centers on a trio of unconnected police officers who find their separate roads converging in an unexpected way. Richard Gere and Ethan Hawke deliver solid performances as two of the cops in question, but it is Cheadle’s undercover Clarence “Tango” Butler that perhaps makes the biggest impression. Brooklyn’s Finest wasn’t the biggest box office hit, but it did manage to more than double its production budget worldwide.