5 New Video Game Rumors: The Xbox One Mini and More

Everyone loves a nice and chewy piece of gossip. Luckily for gamers, rumors and leaks about upcoming games and hardware run rampant around these parts. We’ve kept our ear to the ground all week and gathered up all the juiciest information we could find. Read on for the five biggest rumors and leaks to hit the Internet over the past week.

1. Is Destiny coming to PC?

Ironically, one of the most common sources of video game rumors is the very company the rumor is about. That’s because it’s incredibly hard to keep major projects under wraps when you have to hire a team to bring the projects to fruition.

This week Bungie, the maker of the online first-person shooter Destiny, posted a job listing for a “PC Compatibility Tester.” Which wouldn’t raise any eyebrows if the company had announced a PC version of Destiny. But it hasn’t. As far as we know, the game is only ever going to be on consoles.

It’s possible that this job listing refers to another game, but Destiny is the only game we know Bungie is working on right now. Why would the company behind a game that’s only available on consoles need a PC compatibility tester? Probably because the game is coming to PC.

2. Is Hearthstone getting a co-op mode?

The moment updates and patches come out for popular games, a few techie-minded fans dig into the new code to see if any goodies might be lurking inside. That’s what happened this week with Hearthstone: Heroes of Warcraft, Blizzard’s free-to-play digital card game, and a hint of what’s to come may have emerged. According to a Reddit user, here are some of the files they found:

Assuming these items were actually found in the game’s code, it seems to indicate Blizzard is at least thinking about adding a co-op mode to the game. As is, Hearthstone is a one-on-one affair, but Blizzard has been adding extra cards and expansions at a steady rate since the game launched in 2013. From the looks of it, players may want to gear up for an upcoming co-op mode.

This one’s a long shot, but what the heck, let’s have a look. According to wmpoweruser.com, Microsoft may be planning to announce a new smaller version of the Xbox One in October. The details are scant, but the idea is that this “Xbox One Mini” would be a third the size of the current console, and would get rid of the Blu-Ray playback function.

Before buying into this rumor, keep in mind that it’s tough to keep this kind of hardware news under wraps. And since this is the first we’ve heard about it, there’s a good chance it’s fake. It also seems unlikely that Microsoft would drop Blu-Ray playback, or be able to shrink the device by that much. I’d give this one low odds of playing out, but I suppose anything’s possible.

Here’s a gameplay video of what appears to be Mario Kart XXL, a 2004 tech demo that was developed by Denaris Entertainment Systems to show off the graphical capabilities of the Game Boy Advance. The demo is being played on a GameCube in the video, but it seems to be genuine (even if the game looks like no fun in that state). The video could be a fake, but then again, who would go to the trouble?

5. Will the Nintendo NX ditch an optical disc drive? 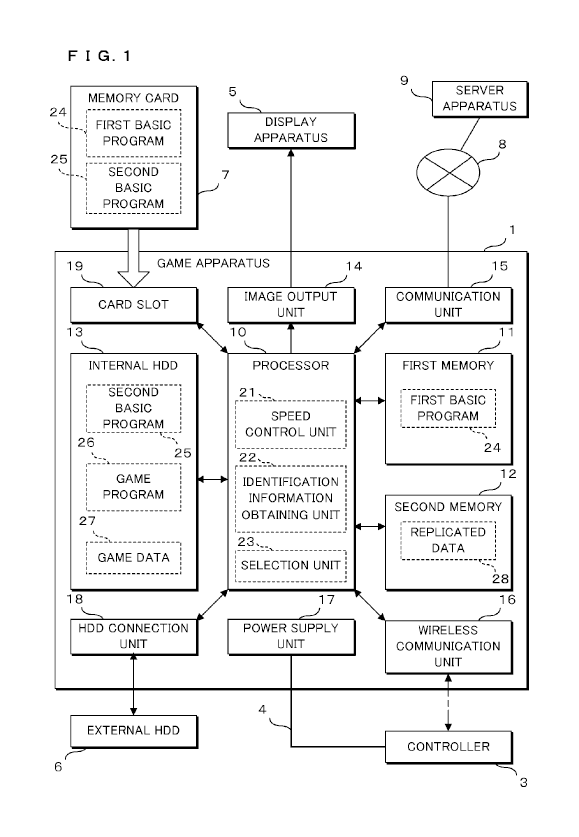 We know Nintendo is hard at work on its next piece of gaming hardware, codenamed NX. If a newly published patent application is any indication, it looks like the NX might forego an optical disc drive — something the Wii U and every competing console has.

The diagram submitted with the patent application shows a device with a card slot, into which a card containing “First Basic Program” and “Second Basic Program” can be inserted (whatever that means). The device also has an internal hard drive, an image output port, and the ability to connect to an external hard drive. Members of NeoGAF have been running wild with speculation, so hop over there if you want to join in.