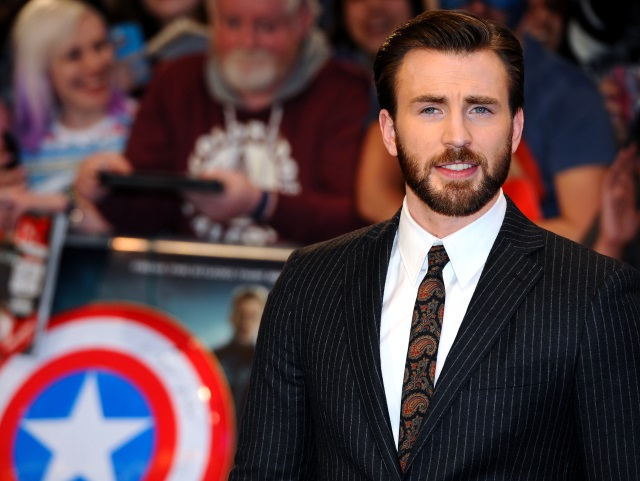 He’s best known for his performance as Steve Rogers, and truth be told, it’s difficult to picture Chris Evans as anyone other than Captain America. But the 30-year-old Boston native has been working steadily in Hollywood since the turn of the century, and he’s amassed a lengthy filmography since his debut.

While he’s had more than a few misses, he’s also delivered numerous impressive performances in critical hits, cult favorites, and big box office successes. Here are five highlights from Chris Evans’ 15-year-long film career outside of his role as the most patriotic member of the Avengers.

This comedy, which parodies popular teen films like The Breakfast Club and Varsity Blues, is by no means Evans’s best film, but it is the one that put him on the map. Evans stars as Jake, a jock who falls in love with nerdy Janey (Chyler Leigh). Not Another Teen Movie was only a moderate box office success, but it kick-started his film career and established him as a viable leading man.

Before he was an Avenger, Evans made a name for himself as Johnny Storm, or the Human Torch, in the original Fantastic Four film. While hardly a critical success, it was his first big box office breakthrough, earning more than $300 million worldwide. It also spawned a sequel, 2007’s Fantastic Four: Rise of the Silver Surfer. More importantly, it proved that Evans fit right in as a superhero.

This futuristic sci-fi drama, about a crew of astronauts on their way to reignite the dying sun, is an ensemble piece that gave Evans a chance to show off his dramatic acting chops. In Sunshine, he plays the level-headed Mace, an engineer wholly devoted to completing his team’s task and saving the world. Vulture was so impressed with his performance, it claimed the film was proof that the actor possessed “brusque charisma” and was on his way to “astronomical action fame.”

In one of his zanier cinematic outings, Evans managed to steal scenes despite a large ensemble full of some of Hollywood’s favorite indie actors. Scott Pilgrim vs. the World tells the story of an awkward teen (Michael Cera) who must fight his girlfriend’s evil ex-boyfriends before they come to kill him. Evans plays evil ex No. 2, Lucas Lee, a skateboarder-turned-action star. The film received positive reviews from critics and fans of the graphic novels on which it was based, and Evans got to once again show off his comedic side.

As he’s gotten older, Evans has certainly gotten bolder with his non-Avengers choices. That was the case when he signed on to star in the English-language South Korean science fiction film Snowpiercer. He stars as Curtis Everett, who leads a rebellion on a global transport train that houses the surviving population of Earth after it’s plunged into an ice age. The film was widely praised, landing on many critics’ lists of the year’s top films. Evans’ stoic performance is often cited as being a key to the film’s success.