He stormed the big screen and made an unforgettable impression in the Thor and Avengers series of films. But Chris Hemsworth has also left an indelible mark in several other high profile Hollywood movies. The 31-year-old Australian has given career-high performances in a versatile list of movies, including a fairy tale adaptation, a beloved sci-fi franchise, and critically acclaimed sports biopics.

Here are some of his most memorable performances.

This wildly successful reboot of one of the most popular science fiction franchises of all time didn’t just help catapult the careers of stars Chris Pine and Zachary Quinto. Star Trek featured Chris Hemsworth in a small but pivotal role as James Kirk’s (Pine) father, George.

Hemsworth had a deceptively tricky task in his portrayal of the heroic patriarch; he opens the film, and his actions and tragic demise set the tone for the entire rest of the story. But his performance is alive with a dignity, presence that speaks to why Kirk would want to fulfill his destiny and live up to his father’s legacy. 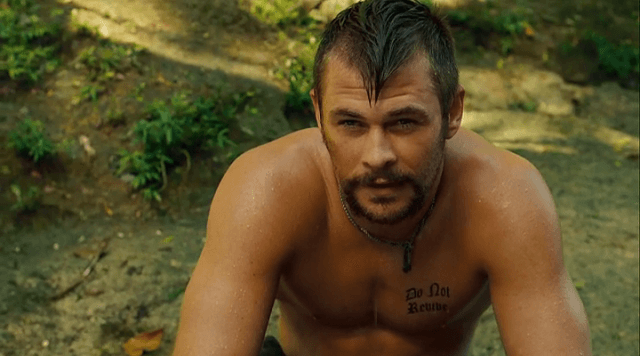 This independent thriller didn’t make many waves in Hollywood, but it gave the man who would be Thor a chance to flex his acting muscles. In A Perfect Getaway, he plays Kale, a young hitchhiker who’s accused of murder by some decidedly untrustworthy newlyweds.

The ensemble film received mostly positive reviews from critics, who felt it was an effective thriller. Hemsworth shined in this creepy supporting role, delivering a memorable and unsettling performance that leaves you constantly guessing at his character’s motivations, even with his limited screen time.

Chris Hemsworth in Snow White and the Huntsman | Universal

Unlike other fairy tale films, Snow White and the Huntsman took a more sinister look inside the life of the raven-haired princess. Chris Hemsworth plays Eric, the hunter tasked with murdering Snow White (Kristen Stewart). But he finds himself unable to take an innocent life and instead becomes an accomplice in her escape.

Hemsworth’s stoic performance as the conflicted would-be killer helped draw young film fans to the theater when the film was released, making it a moderate box office success. He then starred in The Huntsman: Winter’s War, a prequel with his character as the focus, in 2016. 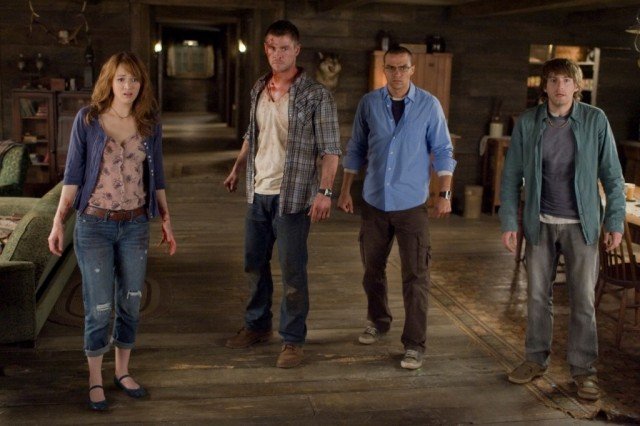 The cast of The Cabin in the Woods | Mutant Enemy Productions

This comedy horror film, about four young adults who face unspeakable horrors on a weekend getaway, was a bit of a career departure for Hemsworth. But his career gamble paid off in spades when The Cabin in the Woods became a huge critical and cult success. Hemsworth played Curt, a college jock and motorcycle enthusiast who faces all manner of horrific creatures.

He gives a savvy performance, managing to balance his character’s bemusement-turned-terror at his situation perfectly with the film’s increasingly campy undertones. 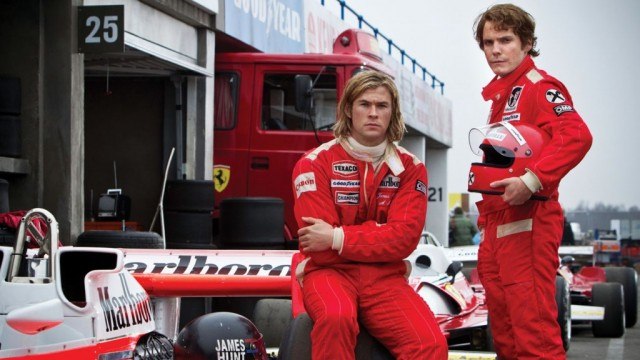 Ron Howard’s sports drama, a true story about the intense rivalry between Formula One drivers Niki Lauda and James Hunt, was praised equally for its thrilling race sequences and extraordinary performances. Hemsworth plays Hunt, and he was rightfully praised for his “superior,” layered performance as the playboy racing celebrity.

One of the most memorable aspects of the film is the realistic rapport between Hemsworth and Daniel Bruhl, who portrayed Lauda. Their tangible relationship gave the film a feel of genuine authenticity and proved to critics and film fans that he’s more than a stoic leading man.