Fireworks, barbecues, and long summer nights — it’s that time of year again. Independence Day is one of our country’s most popular holidays, not only because of the fun and festivities we associate with it, but because of what it represents. It’s our birthday party — a time for us to celebrate our country’s beginnings, and reflect on the values and freedoms that come with being an American citizen.

But it’s been 250 years have passed since our founding fathers adopted the Declaration of Independence, it’s easy to forget that our freedom didn’t come easily. Lives were lost and battles were fought before we were able to break away from Great Britain for good. We have to rely on art, books and films to help us understand what that time period was like. Hollywood, in particular, has done a great job of taking us back in time to see what the fight for our freedom was like for the men and women who endured it. Here are the five best films that capture the spirit of the fight for American independence.

This HBO miniseries takes you right into the heart of some of the most decisive and tense moments of our nation’s founding. John Adams is based on David McCullough’s best-selling biography, and follows the titular man, who started out as a lawyer and eventually went on to become our country’s third president. Paul Giamatti plays the titular role to perfection, capturing his intelligence, stubbornness, and fierce devotion to our country’s freedom. John Adams is without a doubt, the best cinematic retelling of our country’s founding — and for reasons that you may not necessarily suspect. It never attempts to glorify the men who came together to fight for independence. Instead, it shows them as men who were both brave and fearful as they faced an uncertain future. When our founding fathers vote to ratify the Declaration of Independence, the film doesn’t celebrate it with sweeping music and scenes of victorious celebration. It plays to the heaviness of the moment, instead, as they stand uncertain, reflecting on the decision they made. 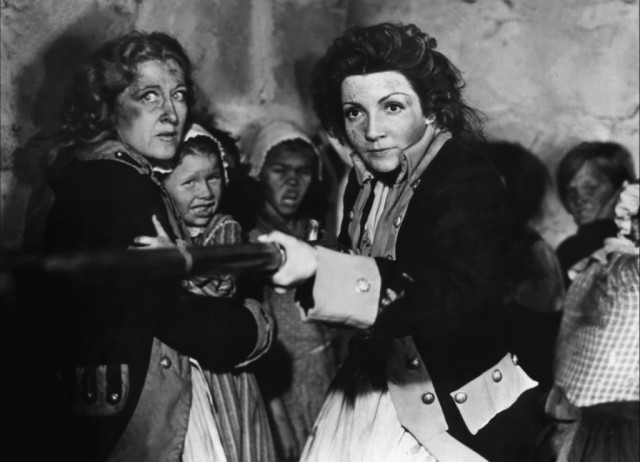 Even though the Revolutionary War was fought on American soil, life did go on for the settlers that weren’t caught up in the fighting. In Drums Along the Mohawk, we get to the profound effect that the war’s battles had on those on the outskirts. The film, starring Henry Fonda and Claudette Colbert as a young couple in Upstate New York, who encounter raiding soldiers on more than one occasion as the war rages on. Even though the film was released in 1939, it still holds up as an exciting exploration of what it must have been like to wait with bated breath as your future was decided by those fighting around you. 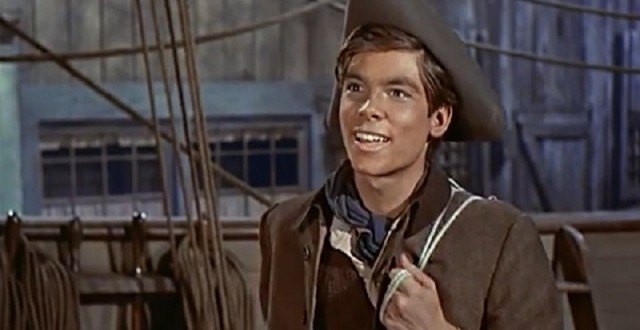 As is the case with any major event, you can look at it with a wide lens, taking in the huge toll on history. Or you can focus on an individual and see how their efforts helped contribute to the cause. Johnny Tremain is an example of the latter — a film, based on the fictional children’s novel of the same name, that showcases the heroic efforts of a young man on the eve of the Revolutionary War. Tremain (Hal Stalmaster) suffers a debilitating injury and finds himself working with the Sons of Liberty instead of pursuing a career as a silversmith. This decision not only changes his life, but that of every person involved in the early events of the Revolutionary War. While Tremain wasn’t a real person, his journey still gives us an up-close look at the Boston Tea Party, Paul Revere’s Ride, and many other crucial early moments of the Revolutionary War. 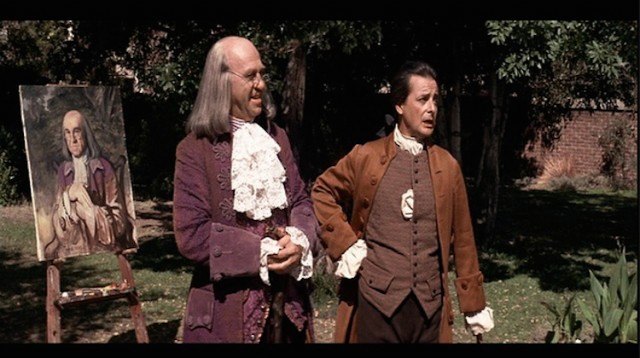 It goes without saying that the events surrounding our break from Great Britain were dramatic. So, in a strange way, it makes sense that they would be adapted into musical form. 1776, based on a popular Broadway play, dramatizes the way John Adams, Thomas Jefferson and their fellow founding fathers gathered to create and vote on the Declaration of Independence. Unlike John Adams telling, which focuses mostly on the film’s protagonist, 1776 focuses almost entirely on this moment in time, giving us a glimpse into the minds of many of the men who made one of the most important decisions in world history. While occasionally schmaltzy, and definitely less realistic than the other films on this list, 1776 is still worth watching if you’re a history buff. 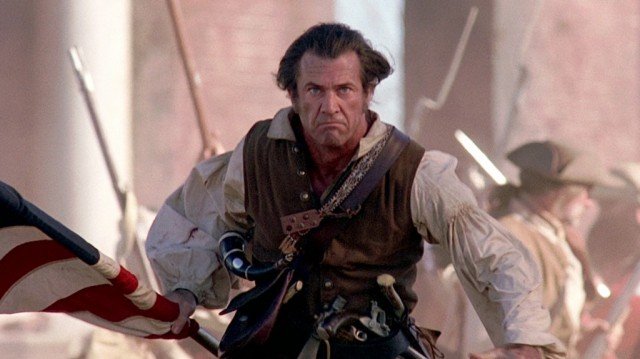 Few people think of war and assume it’s a joyful, victorious event. But we also rarely understand the true sacrifices and tragedies that occur as a result of these conflicts. The Patriot isn’t always historically accurate, but it still paints a brutal picture of the violent ramifications of this historic conflict. We see the war through the eyes of fictional Benjamin Martin (Mel Gibson), a reluctant soldier who takes up the cause for independence after numerous tragedies steer him toward the cause. His losses — including his children, at the hands of sadistic British soldiers — often feel insurmountable. But by witnessing them, it’s easy to understand why he chooses to fight — so that his loved ones didn’t die in vain.