5 of the Best Video Games Set During the Holidays 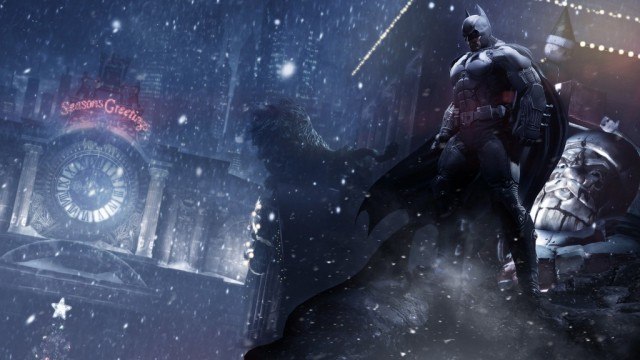 The holidays are always a big time for game buying and game playing, so it may surprise you to learn that the number of holiday-themed games on the market is quite small. It gets even smaller when you start setting quality standards.

We found crappy Christmas side-scrollers, something involving elves and bowling, and a game whose main character was the Grinch. But there were just a few really compelling interactive entertainment options from the last few decades that really deserved some recognition.

You’ve probably elf-ed yourself in years past, and you may have seen updates to games that, for a few days or a couple of weeks, peppered snowfall across the home screen. But these games really brought the Christmas spirit out and left it up until the neighbors complained.

The only Arkham game done by outside parties, Origins was a space-filler as the main studio worked tirelessly to bring Arkham Knight to a next generation of platforms. But while the controls and maps in Origins were very much a rehash of earlier titles, the story was an interesting prequel to a captivating series.

We’re not arguing that this is the best chapter in the franchise, but as an episode, it’s a perfectly done, Christmas themed romp through the wild world that eventually becomes the playground of Bruce’s inner and outer demons. Plus, it got us another chapter with a Mark Hamill-voiced Joker, even after the character had been killed off in Arkham City. That in and of itself is a welcome Christmas miracle.

2. The Nightmare Before Christmas: Oogie’s Revenge

Movie: 1993. Game: 2004. We’re not sure why this game got made more than a decade after the film’s debut, but we’re happy it did. Playing as Jack Skellington offered a lot of challenges for game designers, especially since the audience for this game would be a lot of loyal Tim Burton fans with axes to grind. Still, it was a simple but smooth gameplay experience for anyone that got it.

The main gripes about this game seemed to stem from the fact that it was, in many ways, a re-skinned, easier version of another ghoulish Capcom title: Devil May Cry. You can see the similarities. But while Devil May Cry ended up being a multi-game span of Diesel jeans ads, this game still had that something extra that separated its namesake film from the pack 11 years earlier. Neither a Devil May Cry game nor a kids game … just like the movie was neither for Christmas nor Halloween. Perfectly imperfect.

While there are as many as a dozen games out there that have added DLC for the holiday season — everything from MMORPGs to the Duke Nukem franchise — this is the one that had the most playful and comical content. More than a dusting of snow or a Christmas tree theme, it contained good writing and some serious playtime. How the Saints Saved Christmas should be a benchmark for future holiday DLC. Take note, other franchises.

One of those terribly nonsensical side-scrolling games of the ‘90s? Maybe. But what Home Alone lacks in, say, depth perception, it makes up for in ridiculous fun. Pilot young Kevin around the (seriously gigantic) house and around the neighbor’s houses (some of which look like Megaman levels?!) to gather supplies to fend off the Wet Bandits.

We’re giving this game credit not for being a faithful adaptation of a film, but a strangely enjoyable adaptation that gives Kevin and the player license to commit more crimes than any bandit ever did, all in the name of protecting his home. The “stand your ground” laws have never looked so fun.

Only the first two Die Hard films were set during the holiday season, and the original Die Hard is the only one that represents that thematically, so we’re only mentioning one of the three games present in Die Hard Trilogy, which was presented on Playstation in 1996. Admittedly, Die Hard is one of our favorite Christmas movies, so we felt compelled to include the game in this list.

Looking at the graphics from this game — the character, the HUD, the shooting style — might remind you of another third person shooter: Grand Theft Auto 3. And while John McClane is an above board citizen compared with any of the characters in GTA, this game actually was banned in Germany for excessive violence.

Still, it received overwhelming positive reviews on release. Our only complaint was the absence of a mini-game where you could run over terrorists in a parking lot as limo driver Argyle. Maybe for the remaster.