Comic books have never really shied away from depicting teens and young adults as superheroes and crime fighters. But historically, they have mostly just been relegated to peewee versions of other, more popular characters. Think Superboy to Superman, Bucky Barnes to Captain America, or Aqualad to Aquaman.

Thankfully, over the years, that portrayal has become antiquated in favor of an original and earnest depiction of younger heroes. Marvel should be commended for its willingness to place importance on these characters and for really using them to progress storytelling. The following list will hopefully help give some attention to some of Marvel’s younger heroes who deeply deserve it. 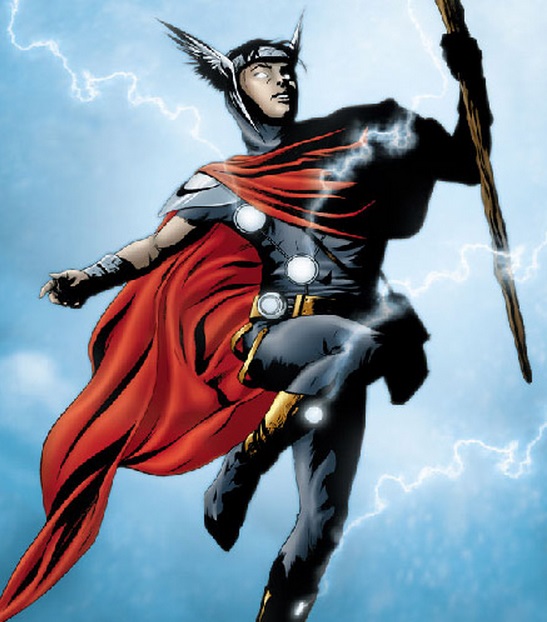 At first glance, Billy Kaplan acts as a textbook case for superherodom. All throughout his formative years, he is picked on and bullied, until the fateful day when he stands up for another student being bullied and his powers awaken. Billy is a mutant with reality-warping powers similar to Scarlet Witch’s of The Avengers, in that his powers essentially function as magic.

Upon the emergence of his powers he joins up with the Young Avengers, a superhero team that was created after the original Avengers disbanded. Billy models himself after Thor and originally goes by “The Asgardian” before adopting the Wiccan moniker. This, coupled with the idea that his powers are so similar to Scarlet Witch’s, suggests that he is just a fill-in for the team to keep up the whole Avengers theme. This quickly proves not to be the case.

One of the things that sets Billy apart from the comic book trope of “bullying victim transforms into superhero” is that he was being bullied because of his sexual orientation. The fact that Wiccan is a mainstream Marvel hero who is gay, and the subsequent public reaction to that fact, is incredibly important for the direction of comic book storytelling. Not only was Marvel fine with Wiccan being portrayed as a gay teenager, but it was also willing to double down by giving Wiccan a love interest in the form of fellow teammate Hulkling.

In an interview with Gay Times, creator Allan Heinberg stated that he originally had a somewhat complex gender-bending plan to ease readers into the idea of two young men falling in love, in which his editor Tom Brevoort responded, “Wouldn’t it just be simpler to make them both gay?” Yes. Yes, it would — and did. This complete lack of controversy involved with two main members of the Young Avengers being gay should be seen as a turning point in Marvel comics. 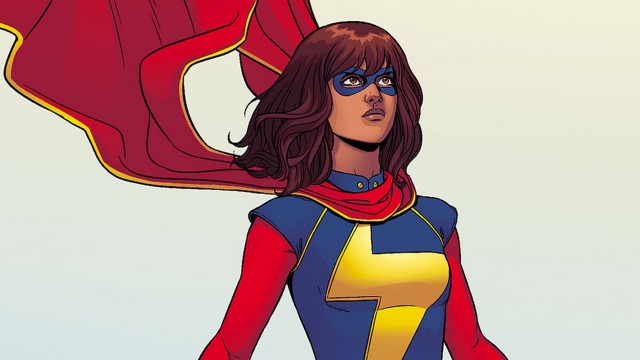 The original Ms. Marvel, now known as Captain Marvel, was a confident, powerful, blonde, world-famous superhero. Pretty much everything that Kamala Khan, a Pakistani-American teenage outcast, wasn’t. So when Kamala Khan got her superpowers, she saw it as the perfect opportunity to adopt the former title of her idol, Ms. Marvel.

Kamala does this mostly in an attempt to feel normal, or rather, to be ostracized by her peers in a positive way, as a superhero.  This naive attempt to fit in is a consistent theme of the comic. Just as much as Kamala is fighting criminals as Ms. Marvel, she is also fighting an internal battle to figure out her identity.

Even though Kamala is the first Muslim to be given her own comic book series, the internal conflict keeps the story real and therefore avoids stereotyping. Her faith is a part of her, yes, but it does not define her. Just like her attempts to be seen as American-as-apple-pie Ms. Marvel doesn’t define her, either.

There is a constant struggle within her as to who she wants to be, which results in an incredibly honest portrayal of Muslim-Americans, or anyone who is trying to balance their faith with internal and external conflicts. This is perhaps why Fatemeh Fakhraie, founder of Muslimah Media Watch, said in an interview with Al Jazeera America of Kamala, “She normalizes this idea of the American experience as Muslim.” 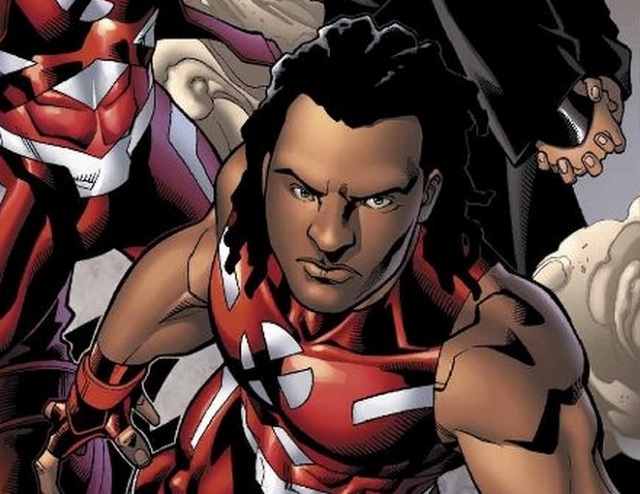 As his name suggests, he plays tag. He can touch someone and, through psychic suggestion, have everyone around that person chase them, run away from them, or run away from him. In a world where flight and super strength seem to be common place among your peers, Tag’s abilities are borderline bizarre and allow for some really creative strategy when in combat, making him a vital component of the Xavier Institute’s Hellion Squad.

Beyond his interesting superpowers, Tag embodies a lot major turning points for mutant kind in the last decade. He is one of many mutants who tragically lost their powers after the events of House of M, an extremely important event of which the consequences are still being felt in today’s comic book world.

On top of losing his powers, Tag was also the target of a domestic terrorist missile strike on a bus full of former, now de-powered, mutants. Tag was not only a fascinating character in the small amount of time he was around, but he has also, unfortunately, come to embody two of the most shocking events in mutant history. 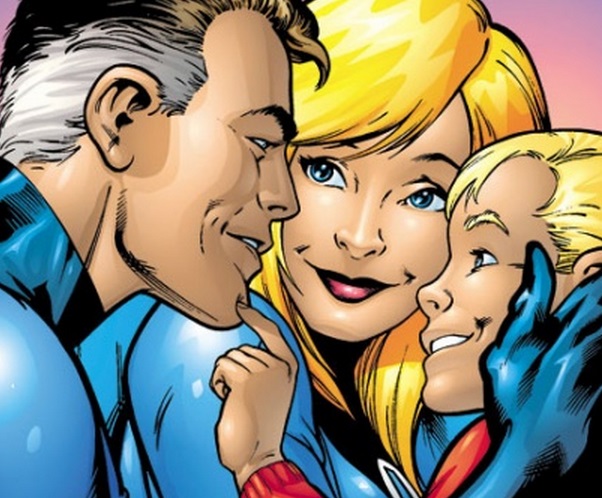 Franklin Richards is the son of Reed Richards and Sue Storm of the Fantastic Four. He is considered to be a mutant whose powers were evident since early childhood/infancy, a somewhat rare trait for mutants whose powers more commonly surface around puberty. Franklin’s importance doesn’t stop at the early emergence of his powers, though.

His mutant abilities themselves are a huge part of what makes this child so important. Franklin’s powers are similar to Scarlet Witch’s powers in that they are loosely defined but have their roots in reality manipulation and are largely considered to be off the charts in the Marvel Universe. Things like creating an entire pocket dimension full of famous superheroes just for your own amusement are generally considered to be pretty incredible, particularly when done as a toddler.

Franklin is ridiculously young to be as powerful as he is, and it seems like things are going to stay that way. Why? Because after the nearly 50 years that he’s been around, he is still portrayed as being 8 years old. This is despite the fact that there have been clear indicators in the Marvel Universe that more than eight years have passed between when Franklin was first inked in 1968 and now. This oddity has not gone unnoticed by fans, who have used it as the basis for some pretty interesting theories about Franklin.

Most of them, essentially, revolve around the idea that he is controlling time in the Marvel Universe in an attempt to remain a kid, which may or may not make him the most powerful being in existence. It is this sheer power and possible control over the Marvel Universe that easily makes Franklin Richards a young superhero that more people should know about. 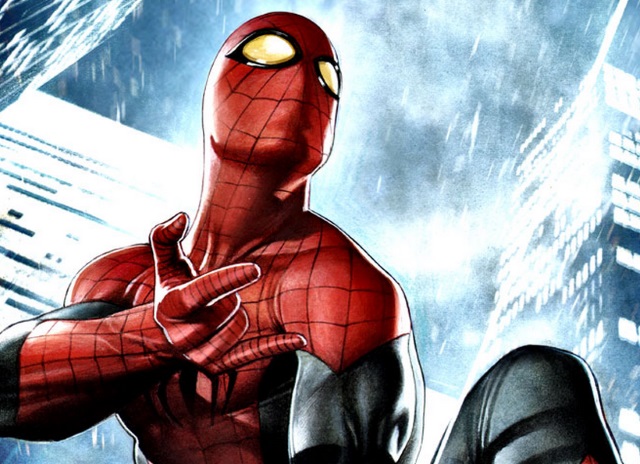 There’s no arguing that Spider-Man is one of the most relevant characters in Marvel’s arsenal. Dating back to 1962, he is one of its earliest and most popular creations. It’s that longevity, however, that has clouded one of his most interesting traits: his youth. In his long ongoing run, he has slowly aged (despite the theorized time control abilities of Franklin Richards mentioned before) out of his youth, but take a look back at his earlier time period and his depiction in the Ultimate Universe, and one can really see how important his youth was to the development of the character.

Peter Parker was only 15 when he got his powers, and promptly chose to be New York City’s most popular savior. It’s easy to forget that fact, as he has (relatively slowly) aged throughout his 50-year run. Repeatedly casting actors in their mid- to late 20s hasn’t helped anything, either. But his youth, his immaturity, is a big part of what defines him. He is a kid with no parents, largely responsible for the death of two of his father figures (Uncle Ben and Norman Osborn), and is essentially known as the guy who can’t catch a break. But despite all this, he chooses to be a hero, which makes him one of the greatest in his generation.