Anyone who has children, or who has spent time looking after children, knows the pain of being forced to watch bad TV shows for kids. Just as there are many awful television shows geared toward adults, there are plenty of kids’ shows that are terrible no matter what age you are. For every clever and funny title like Sesame Street or Arthur, there are dozens of other kids’ shows that are just dull or annoying.

While many children’s shows are tiresome simply because they have painfully obvious story lines and one-dimensional characters who could only appeal to younger viewers, some series have problems that go beyond a lack of complexity. Besides an overall lack of quality, there are some terrible kids’ shows that also teach children questionable life lessons. In honor of any parent or babysitter who has had to stoically suffer through a terrible TV show for the sake of a child’s enjoyment, here are five of the worst kids’ TV shows. 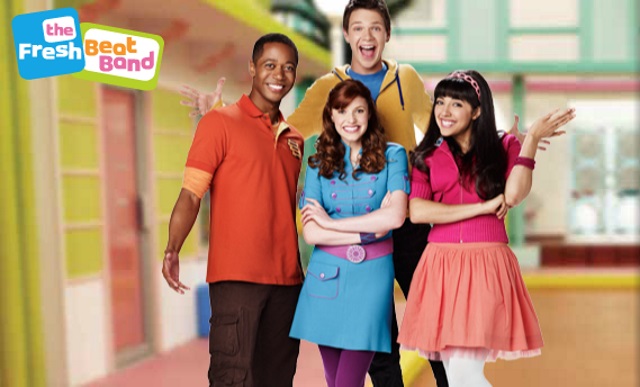 As the show’s title suggests, this Nickelodeon television series features a group of friends who “play” in a band. We say “play,” because we’re pretty sure real musicians have to actually touch their instruments in order to make sounds. In the show, the four perennially cheerful friends — Marina, Shout, Twist, and Kiki — encounter various minor problems that they describe in song. Actually, they describe almost everything in song. Obviously, if you’re not a fan of musicals, you’ll want to steer clear of this one.

But it’s not just the characters’ tendency to burst into pointless singing at the drop of a hat that makes this program one of the worst children’s TV shows. It’s the unrelenting buoyancy of the characters and the garishly colorful world that they inhabit. Like the commandants of a camp for people who don’t smile enough, The Fresh Beat Band is determined to make you happy, no matter how painful it may be. If you’re unfortunate enough to have your child become enamored with The Fresh Beat Band, you may even have to suffer through seeing them in person, since the band regularly tours. You’ve been warned. 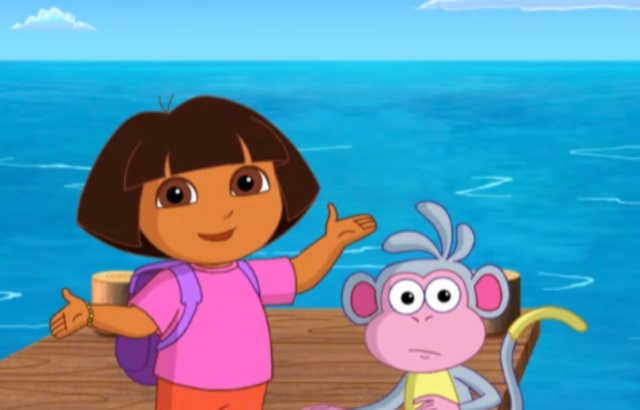 Dora the Explorer is an educational show that features a doe-eyed bilingual girl who teaches children about problem-solving, counting, and Spanish. While the show’s premise sounds good on paper, in reality, she’s about the most annoying little yell-talker on the planet who has trouble solving even the most obvious puzzles. We have yet to meet a real child who had to stop and think about whether a boat or a hammer is better for crossing a river.

And then there are Dora’s anthropomorphic sidekicks, backpack, and map. When Dora’s not yell-talking about whether a banana or a key is better for unlocking doors, her backpack and map are singing their maddeningly repetitive theme songs, “I’m the map” and “Backpack.” Finally, there is Swiper, a kleptomaniac fox that is under Dora’s hypnotic control. Although Swiper steals something from Dora in every single episode, she is always able to magically compel him to return the stolen goods by simply chanting, “Swiper, no swiping,” three times in a row. No, we don’t know what that is supposed to be teaching kids, either. 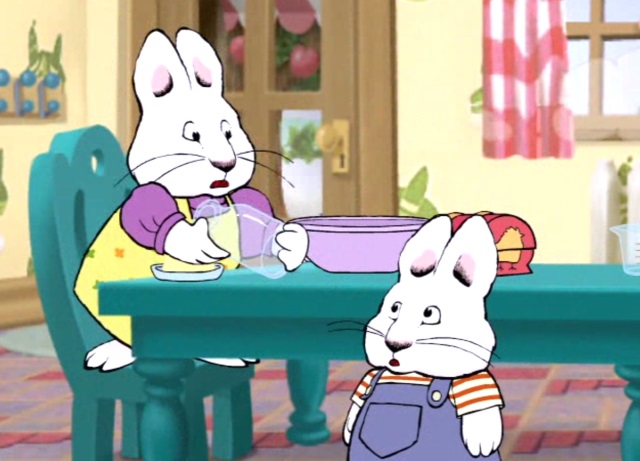 With its adorable bunny characters and retro design aesthetic, it would appear at first that there is plenty to love about Max & Ruby. In the show, a little girl bunny named Ruby and a young boy bunny named Max spend their days playing with their friends and toys. However, anybody who has spent any time watching this show will soon be asking themselves, “Where the hell are their parents?” And don’t think that Max and Ruby’s parents are just watching from afar; they have literally never been seen or heard from. In fact, most of the episodes revolve around Ruby trying to get her unsupervised little brother to stop bothering her.

Oddly enough, although Max and Ruby’s parents are totally absent, the show does feature other adult characters. The two young bunnies’ grandmother occasionally drops in, presumably to check whether the household has completely devolved into a Lord of the Flies-type situation yet. Although Max and Ruby haven’t started worshipping a severed pig’s head yet, they do seem to eat an unhealthy amount of sweets, which sets another bad example for children who watch the show. We guess you can’t really blame Max and Ruby for gorging on candy — they’re just trying to fill that emotional void left by their neglectful bunny parents. 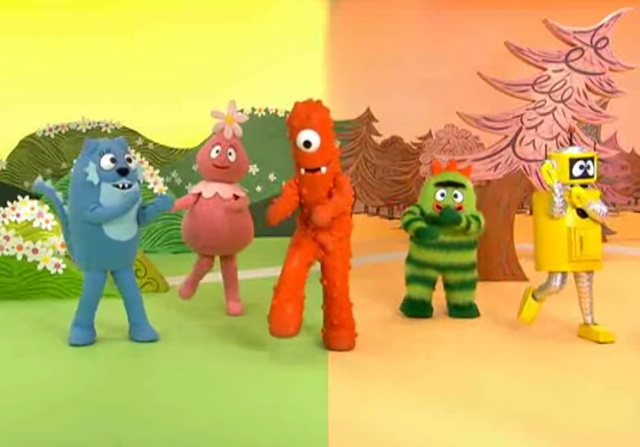 We have a hunch that Yo Gabba Gabba! will be the most controversial selection for this list. After all, the show enjoys major cachet among music fans thanks to guest appearances from popular artists like The Killers, Bootsy Collins, The Roots, The Flaming Lips, and Erykah Badu (not to mention regular beatboxing segments from Biz Markie). The show also has a weirdly trippy design aesthetic and a personable host named DJ Lance Rock, who manages to wear a bright orange jumpsuit without coming off as totally creepy. He’s just a little creepy.

So what’s our beef with Yo Gabba Gabba? While all of the above ingredients would make a fantastic Coachella festival, those same ingredients also make for a terrible kids’ TV show.  The main characters on the show — Muno, Foofa, Brobee, Toodee, and Plex – not only look like something you would hallucinate after overdosing on pills, but they also have names that sound like pills. And do you really want to buy your child a toy that looks like Muno (the red one)? Look at it. Just saying. 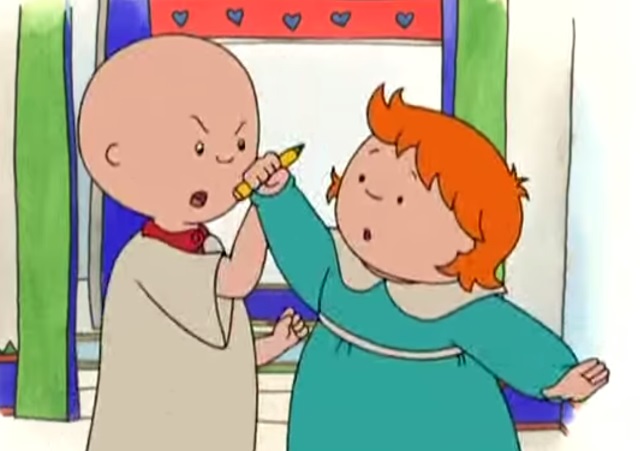 Where to begin? Caillou may be the single most annoying kids’ show character created in the history of television. This inexplicably bald 4-year-old is an unqualified brat whose only purpose appears to be to show children how not to behave. When Caillou’s not complaining loudly in his insanely annoying voice, he’s ripping toys out of the hands of his little sister, Rosie, whom he presumably hates because she has a full head of hair. Even worse, Caillou’s tantrums never seem to spark any response from his weirdly similar looking parents, which ensures that your child learns the important lesson that misbehaving has no consequences.

In case you’re wondering, it has never been explained on the show why Caillou is bald, even though the question has apparently been asked enough to garner a spot on the official Caillou website’s Frequently Asked Questions section. “The fact that he is bald does not seem to bother preschoolers in the least,” states the show’s website. So stop asking.