5 of the Worst Movies Ever Made About Music

Sometimes, movies and music go together like butter and popcorn. But these two art forms don’t always create a match made in Hollywood heaven. On more than one occasion, well-intentioned filmmakers have tried to make movies about music and failed miserably. It could be because they try to adapt a Broadway musical but fail to capture the magic of live theater, like with A Chorus Line or Rent. Sometimes, they try to tell a real musician’s story but end up with a mess of a biopic, like with The Doors and Great Balls of Fire. Or maybe they try to capitalize on nostalgia and end up destroying our childhood memories in the process, as was the case with Josie and the Pussycats and the recent flop JEM and the Holograms.

Whatever the reason, there’s no doubt that movies that center on music pose a serious challenge for filmmakers. Here are five music-themed movies that should have never been made. 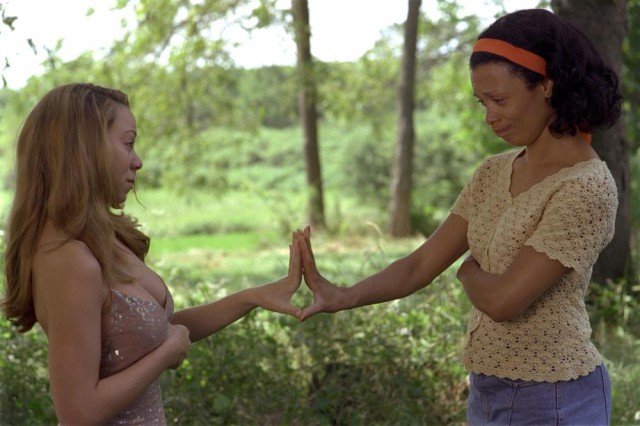 Sure, Mariah Carey is a talented singer. But belting like a diva doesn’t automatically translate into acting talent. And that was made very clear when her 2001 musical romance Glitter hit theaters. The film, which Carey hoped would help solidify her as a movie star, is a disaster in every conceivable way. Moviegoers hated it, and critics were unflinching in their reviews — it currently holds a dismal 7% rating on Rotten Tomatoes. If you decide to subject yourself to its unique brand of awfulness, you’ll quickly see why.

Glitter features a hokey, cliche plot about a young singer who dreams of hitting it big, awkward musical interludes and a truly deplorable and unconvincing performance from Carey as a wide-eyed young girl with big dreams and plenty of predictable hurdles in her way. For a rags-to-riches movie like Glitter to work, you have to root for the main character and be invested in her success. Unfortunately in Carey’s case, she’s so obnoxious that by the end of the film you may be actively rooting against her hitting the big time.

2. From Justin to Kelly 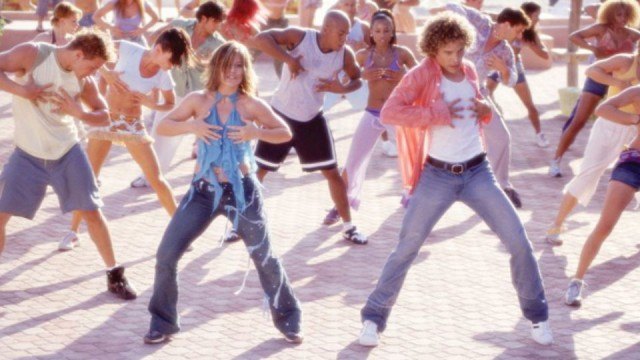 Twelve years ago, American Idol was just beginning to become a cultural phenomenon — and season one runner-up Justin Guarini still had hopes for a successful entertainment career. So in some small way, it makes sense that the Idol machine would want to capitalize on its success and push into every entertainment avenue possible. Still, someone should have warned them that movie-making was not their forte. But no one did. And so we got From Justin to Kelly.

The spring break-themed musical comedy has an easy enough to follow plot — Guarini and his posse run into Kelly Clarkson and hers at a resort. They have poorly choreographed dance parties, sing cheesy ballads, and pretend to have chemistry. Despite its colorful song-and-dance numbers and way-too-perky performances from its leads, From Justin to Kelly will bore you to tears. And give you incredible secondhand embarrassment for Clarkson and everyone else involved. 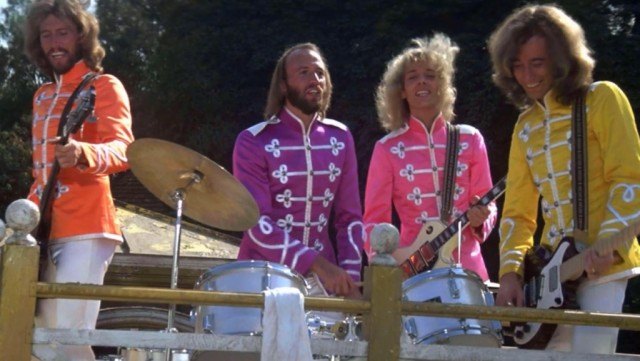 It’s one of the most iconic rock and roll albums of all time. But somehow, Sgt. Pepper’s Lonely Hearts Club Band, while a near-perfect record, became the source material for one of the worst movies ever made. The Beatles must have known that making a movie that cobbles together a plot from the album’s 12 songs was a terrible idea. Because they don’t even appear in Sgt. Pepper’s Lonely Hearts Club Band. Instead, the film stars the Bee-Gees as the band and makes up for the obvious lack of John, Paul, George, and Ringo with a plethora of cameos. Appearances from Steve Martin, Peter Frampton, and George Burns, among others, don’t make the film — with its barely-there plot and poor covers of the Beatles’ classic songs — worth watching, though. Instead, all the strange, disparate parts of Sgt. Pepper make the film feel like or a bad trip. 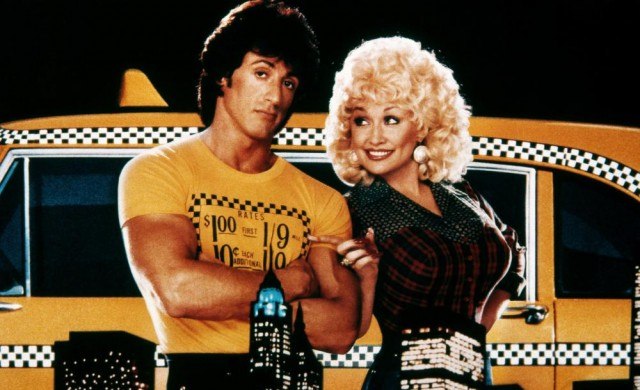 We all know him as Rocky and Rambo, but despite his enormous success as an actor and action hero, Sylvester Stallone has had some pretty low career moments. And perhaps the absolute lowest is Rhinestone, a musical comedy about an aging star (Dolly Parton) who tries to turn a disgruntled New York cabbie (Stallone) into the next country music sensation. While the soundtrack for Rhinestone was mildly successful, the rest of the film is nothing to write home about. Stallone is charisma-free and completely out of his element, the story is laughable, and the musical numbers far from inspiring. And Parton and Stallone make for one of the most awkward on-screen duos of all time.

Saturday Night Fever is a 1970s classic — a celebration of disco, a star-making film for John Travolta, and a film that truly captures the essence of its time. Unfortunately, its oft-derided sequel, Staying Alive, is memorable for a completely different reason — it’s almost unwatchable. Travolta reprises his role as Tony Manero, now down on his luck and desperate for a comeback. But his appearance is really the only thing Staying Alive shares in common with its predecessor. It lacks the fun, the spontaneity, and the energy of Saturday Night Fever, and replaces it with strange musical sequences and incredibly unlikable characters. Staying Alive is so loathed that Entertainment Weekly called it the worst movie sequel ever.