Hilarious Sci-Fi Movies Everyone Should See 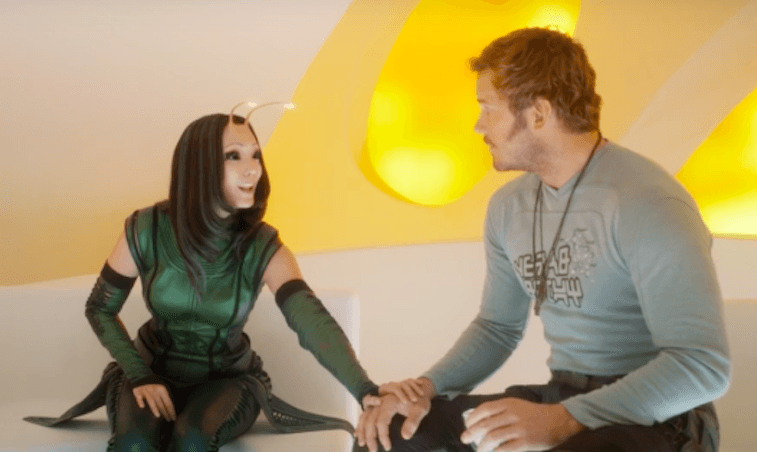 One of the reasons that Marvel’s Guardians of the Galaxy was such a huge blockbuster hit is because it was successfully able to combine a rollicking sci-fi adventure with moments of real comedy. As a result, the movie appealed to a much broader audience beyond fans of standard superhero films.

While John Carpenter is primarily known for his horror movies today, his directorial debut was this extremely low-budget, but still funny, film that parodies some aspects of  Stanley Kubrick’s 2001: A Space Odyssey. Acclaimed special effects expert and sci-fi screenplay writer Dan O’Bannon — who went on to work on 1977’s Star Wars — created the film’s special effects and also played one of the main characters.

According to an estimate provided by IMDb, the film’s budget was only about $60,000. It is perhaps not surprising then that Dark Star failed to make much of an impression at the box office. However, since its theatrical release, the film has acquired a cult status among fans of science fiction comedy and it currently has an impressive 79 percent approval rating from the critics at Rotten Tomatoes.

Like Dark Star, this Mel Brooks-directed science fiction comedy film gets a lot of mileage out of mocking a better known movie. In this case, the primary targets of Brooks’s demented sense of humor are the films in the original Star Wars trilogy. Many of the main characters in Spaceballs are obvious parodies of the main characters in Star Wars. The film stars Bill Pullman as Captain Lone Starr, John Candy as Barfolomew, Daphne Zuniga as Princess Vespa, and Rick Moranis as Lord Dark Helmet. Besides directing, Brooks also plays President Skroob, as well as the wise master of “The Schwartz,” Yogurt.

With a total lifetime domestic gross of over $38 million, Spaceballs was a commercial success and is the sixteenth highest-grossing sci-fi comedy film ever made, according to Box Office Mojo. Brooks’s space-themed parody failed to win critical acclaim and the film only has a 54 percent approval rating from the critics at Rotten Tomatoes. However, in contrast to its low critical rating, Spaceballs also has an 83 percent audience approval rating.

Before he played reluctant adventurer Bilbo Baggins in Peter Jackson’s The Hobbit film series, Martin Freeman played reluctant space traveler Arthur Dent in this cinematic adaptation of a Douglas Adams’s novel of the same name. Like the book, the film tells the story of Dent’s adventures after he escapes the earth shortly before it is destroyed by aliens to make way for a hyperspace bypass. Besides Freeman, the film also stars Sam Rockwell, Mos Def, Zooey Deschanel, Bill Nighy, Anna Chancellor, and John Malkovich.

While the film received mixed reviews from the critics, it is a must-see sci-fi comedy film for fans of Adams’s unique brand of nihilistic humor. The Hitchhiker’s Guide to the Galaxywas a commercial success with a total domestic gross of over $51 million, making it the thirteenth highest-grossing sci-fi comedy movie ever made, according to Box Office Mojo.

Like Dark Star and Space Balls, Galaxy Quest derives much of its humor through clever references to another classic sci-fi franchise. In the film, Tim Allen, Sigourney Weaver, Alan Rickman, Tony Shalhoub, Sam Rockwell, and Daryl Mitchell play aging actors who are famous for their roles on a classic sci-fi television series that has obvious parallels with the original Star Trek series. After a group of space aliens who believe the television series was real seek help from the actors, the actors must once again assume their fictional television personas in order to defeat a real evil alien warlord.

Galaxy Quest was a commercial and critical success. According to Box Office Mojo, the film raked in over $71.5 million in total domestic box office gross, making it the ninth highest-grossing sci-fi comedy film of all time. The film was also embraced by the critics and it currently has an 89 percent “Certified Fresh” rating from the critics at Rotten Tomatoes.

While Star Trek movies are not usually considered comedies, this lighthearted film has long been recognized as the odd man out in the franchise. Although the plot includes a serious quest to recover a humpback whale in order to save the earth from destruction by a mysterious alien probe, most of the film’s appeal comes from the comedic situations that arise when the crew members of the Enterprise must interact with characters in the twentieth century. In this sense, Star Trek IV: The Voyage Home may be the sci-fi comedy film that is most similar to Guardians of the Galaxy, since it also offers a perfect blend of comedy, drama, and action.

This Leonard Nimoy-directed film was a hit at the box office and received mostly positive reviews from the critics. According to Box Office Mojo, Star Trek IV: The Voyage Home achieved a total domestic box office gross of $109.7 million, making it the third highest-grossing Star Trek film of all time. The film has also sustained its popularity over the years and currently has an 85 percent approval rating from the critics at Rotten Tomatoes.