5 Reasons Cable TV Companies Will Go Out of Business

You’d be hard-pressed to find a person who without a horror story concerning their experience with any one of the primary cable providers we have available to us. They’ve become notorious for offering a sub-par product for expensive rates, pushing many people to opt for cheaper, more convenient options. Still though, companies like Time Warner and Comcast are making money hand-over-fist thanks to their ruthless approach to limiting their competition. But what if that grip were to loosen?

The answer to that question: The whole system would come crashing down. And while your options are still limited to a couple providers at best for cable in your home, there are plenty of factors in play right now that could sink cable companies for good if they don’t start to care more about their customers and less about the bottom line. The thing is, until more competitive options enter the fold, there’s no incentive for Comcast or Time Warner to even begin to care about the needs of subscribers. It’s that very attitude that will sink them if and when inevitably better options enter the fray.

1. The continued rise of legal streaming options like Netflix and Hulu Plus

Here’s a question: Would you rather pay a total of $18/month for both Netflix and Hulu Plus to provide you with movies and up-to-date episodes of every major network TV show, or $50 for cable that essentially provides the same service? The answer is of course the former, and the more both Netflix and Hulu continue to offer, the more obsolete cable TV becomes. Imagine if Netflix were to expand their offerings even more in the distant future. The simplicity of the platform combined with even more to watch has the potential to do away with the need for cable forever.

[Update, 5/24/16: Netflix has announced a movie streaming deal with Disney that will take effect this September. The deal means that highly anticipated Disney movies like ‘Rogue One: A Star Wars Story’ will be exclusively available for streaming on Netflix’s platform.]

For those of you unfamiliar with the illegal streaming service, Popcorn time is a program that essentially allows you to stream any Torrent currently available on the web. With full Chromecast functionality, you can even watch it on your television if you so choose, making it the best (and most difficult to shut down) illegal option out there short of downloading the Torrents directly. And because it’s streaming from already-existing Torrents, you don’t run the risk of bloating your hard-drive with 10 GB of 1080p hi-def Avatar. Basically, think Netflix, only way more illegal and with virtually every TV show and movie you can imagine.

It’s no coincidence that both Time Warner Cable and Comcast are both ranked in the top third of America’s least favorite companies. Why worry about whether or not your customers are happy when you can make money regardless? With their monopoly as Internet and cable providers, there’s no incentive for them to treat consumers with respect; anyone who wants or needs either of their services has nowhere else to go. But if a future occurs where those things become available somewhere else with even halfway decent customer support, you can bet that Time Warner and Comcast’s less-than-savory reputations will be the final nail in cable’s coffin.

4. The rise of Sony’s potential cable-killer

In March 2014, Sony rolled out the first version of Vue, a competitive cable option run through Playstation 3 and 4 platforms that allows users to select specific channels in a bundle. Currently, companies like Comcast offer cable channels in large blocks, giving us a whole host of choices we pay for but never use. Vue allows for targeted a la carte selection, something that consumers have been asking for almost unanimously ever since cable packages were first introduced. The platform is now available to all PS3 and PS4 owners, so keep an eye out for what could signal the death knell for cable companies. 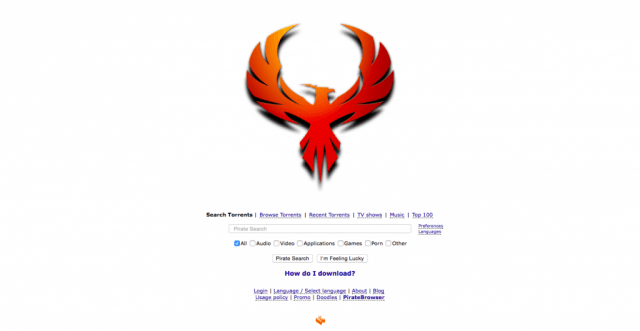 Let’s be honest with ourselves: Internet piracy is never going away. We can shut down the Pirate Bay as many times as we want, but illegal Torrents have become too pervasive to ever completely shut down. What’s even more notable, is that the more the law actively opposes piracy, the more creative the Internet gets in ensuring its survival. There are simply too many people working in too many countries to keep it alive, and as the attacks from cable providers and Hollywood become more and more intense, the medium will only continue to grow back two more heads when one is cut off.