5 Reasons ‘House of Cards’ Dropped Off in Season 3

When House of Cards first hit Netflix two years ago, it heralded a new age for streaming television. Critics and fans alike agreed: They had struck gold with the political drama masterpiece starring Kevin Spacey as the morally ambiguous Congressman Frank Underwood. Its second season proved to be more of the same, building on its already rich story and ending with a massive cliffhanger that had us clawing for more. And then along came Season 3.

Season 3 was rife with problems, from a scattered storyline to a focus that baffled many who marathoned through it in the first weekend it hit Netflix. Its myriad issues were well-documented, making for a season that shook the faith of many who before thought House of Cards could do no wrong.

*Spoilers for all of Season 3 of House of Cards are ahead, so consider this your warning!* 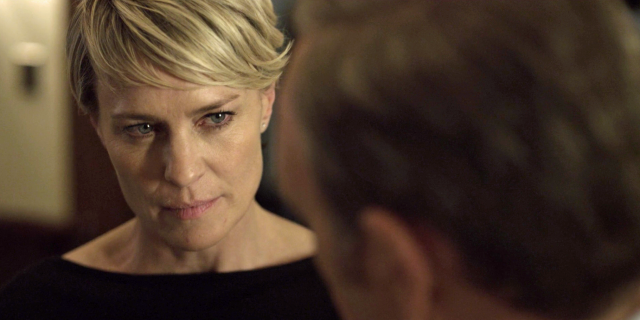 1. Things became far too much about the marriage of Frank and Claire Underwood

The marriage of Frank and Claire Underwood has always been a powerful one. They’re two independent-minded individuals with massive ambitions, and each is always looking to help along the other’s career. When they fight, it’s usually because their ambitions directly impede each other. For Season 3, though, we have Frank going out of his way to move Claire into a position as the U.S. ambassador to the United Nations, only to see her overreach and be maneuvered out in just a few episodes. The season ends with her walking out on Frank, a move that felt far more contrived than earned. It served only to diminish a marriage that had been the foundation of the series and throws out the rock on which this show was built. 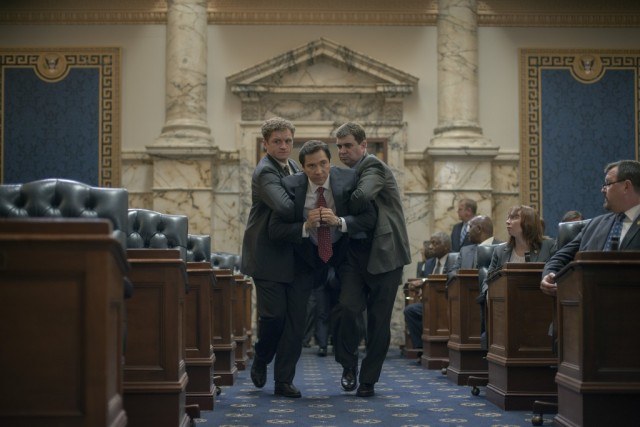 2. The political aspects of the drama stopped feeling realistic

The first two seasons of House of Cards were set to a backdrop of political drama that seemed just feasible enough to actually happen in our own society. While Season 2’s resignation of the president seemed a tad far-fetched, at the very least it put Frank in the big chair in the White House, creating an appealing plot twist for following episodes. But what we’ve had lately has seemed far outside the realm of believability. From the almost-war with Russia over landing troops in the Middle East, to a proposed bill that would have completely eliminated Social Security (something far too drastic for our glacial Congress to ever pull the trigger on), the drama stopped feeling realistic, which in turn affected our ability to truly invest in the stakes.

3. The overall focus of the season’s plot lacked the precision of Seasons 1 and 2

The story beats of the initial seasons of this show were intricate, but still they felt meticulously planned out. From the very second Frank Underwood was denied a position as Secretary of State, his plan was to unseat the entire administration until he himself became president. We saw that plan play out step by step over 26 episodes, and it worked beautifully. At no point did we feel as though the show’s writers lacked a clear vision for how things would end up. Conversely, Season 3 had us out at sea in more ways than one, and still it’s hard to see the light at the end of the tunnel for this show. The beginning/middle/end story structure that makes a show watchable has largely been lost, giving the show a feeling of randomness more than the cohesion that made it so strong in the past.

4. We stopped believing in consequences for Frank Underwood

Season 3 started with such great promise, as we saw President Underwood dealing with the consequences of his almost universal belittling of his colleagues. However, that all comes to an end quickly. After building tension for the Iowa presidential primaries, showrunners gloss over Underwood’s victory as an afterthought. They spend a whole season looking for Rachel in the New Mexico desert, only to unceremoniously kill her off. A biographer follows Underwood around to chronicle his life story, swiftly followed by him being shown the door and carted out of the plot. What it gave us was a feeling that no matter what drama is built up, Frank Underwood will always come out on top. 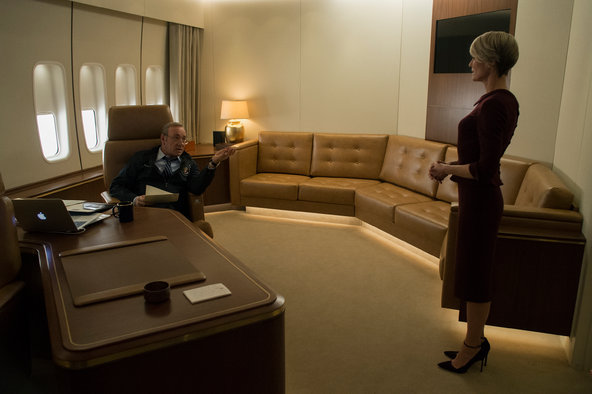 5. The season ended in the ultimate anti-climax

It only seemed appropriate that an uneven season would end unevenly. Episode after episode of political drama, campaigning, and marital issues ended Season 3 on the “cliffhanger” of Claire Underwood walking out on Frank. It’s a move that upsets the balance of the show, feeling less like a way to end a season and more like a move writers felt obligated to make when there was nowhere left to go. Now they will be left trying to figure out the mess this makes of the show’s key character dynamic.