5 Rumors: ‘Doctor Who’ to ‘Harry Potter’ Spin-off and More

Here’s a look at all the rumors that have been buzzing in Hollywood over the past week. 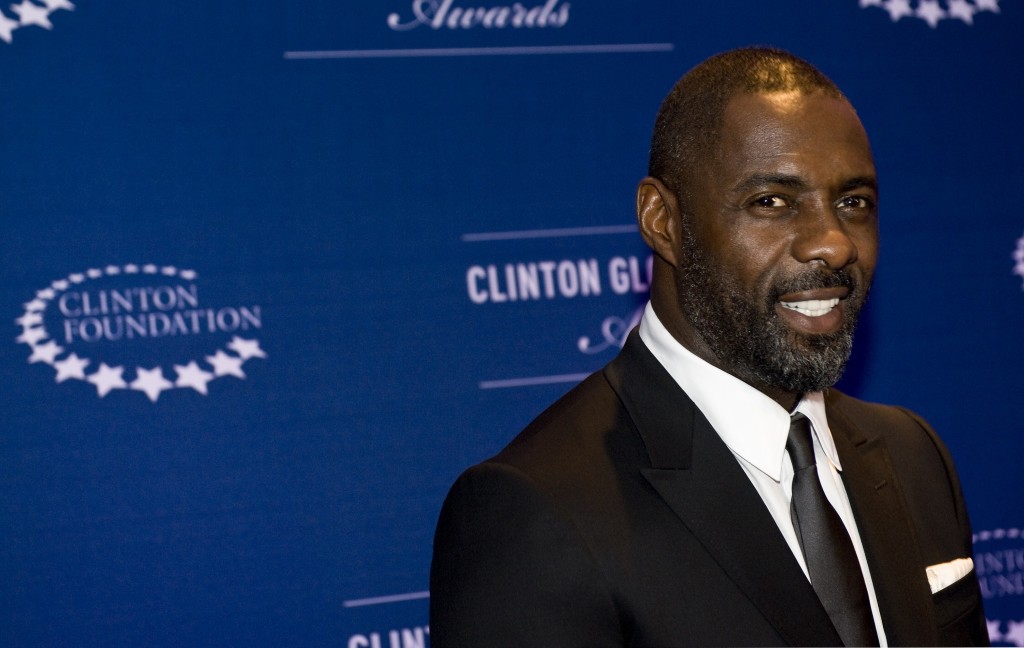 1. Another big role for Idris Elba

While there are still rumors and hopes floating around that Elba will play the first black James Bond when the role is re-cast after Spectre, Variety reports that the actor is up for another big role, the villain in the third Star Trek film. According to sources who spoke to the publication, Elba is in early talks for the part, so it’s far from nailed down. There weren’t any firm details, but the rumors said that the Klingons would be the main villains in this movie as they have only had a small part in the previous installments of this new Star Trek franchise. Variety’s source wouldn’t confirm or deny that plot development. Justin Lin will be directing the film, with J.J. Abrams on board as a producer. Chris Pine, Zachary Quinto, Simon Pegg, Karl Urban, Zoe Saldana and Anton Yelchin are all returning to the franchise and production is expected to begin in June.

RT! HOT #MARVEL #RUMOR ABOUT #CAPTAINMARVEL #SPOILER Apparently, from what I’m being told, the rumor is that the studio has cast the role of Carol Danvers & keeping it top secret. I’m also being told we will first see her in #AVENGERS #AgeofUltron as originally written in previous drafts of the screenplay. In terms of the standalone film, the Marvel brain trust has blocked out the plot & story with the intention of bringing an established writer to write the script. Comic writer Kelly Sue DeConnick wanted to take a crack at writing the screenplay but I’m not sure if she got the gig. Also, I’m told legendary comic writer Jim Starlin, who has a rich history with Captain Marvel is aboard the project as a consultant. All of the above is #UNCONFIRMED so take with grain of salt until further notice but it’s within the realm of plausibility.

2. Captain Marvel has been cast

While we unfortunately don’t have an actress name to give fans quite yet, several sources are reporting that Marvel has already cast the role of Captain Marvel and that we’ll be finding out who she is much sooner than the planned standalone movie in November 2018. Latino Review rumor finder Umberto Gonzalez reported on Instagram that Marvel has already cast the role and is keeping it “top secret.” Gonzalez also said that his source told him we’ll see her character in the upcoming Avengers: Age of Ultron, as was seen in certain drafts of the screenplay. That means we not only won’t have to wait three-and-a-half-years to see the hero, but we’ll get to see her in a couple months if the rumor is true. That rumor is very unconfirmed, but it is a continuation of one Badass Digest reported almost a year ago that suggested Age of Ultron would end with Captain America pulling together a new Avengers that will include Captain Marvel. With the superhero movie industrial complex being regularly criticized for not including enough female heroes, this would be a good way for Marvel to continue responding to the criticism despite the fact that Captain Marvel’s movie is over three years away. 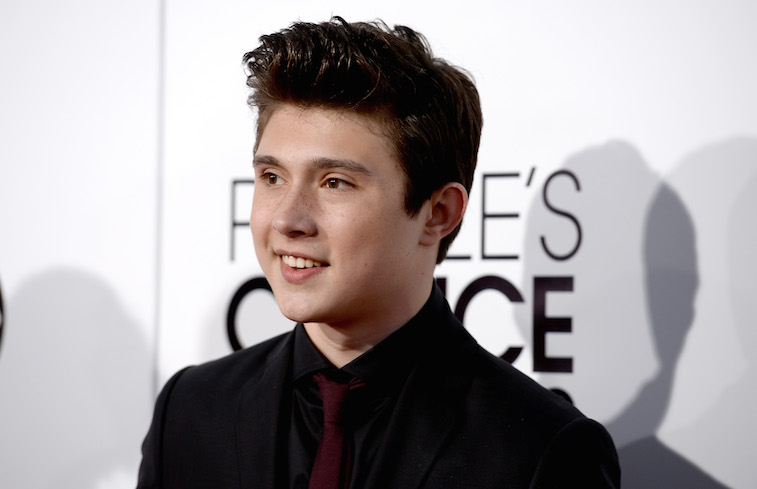 Another week, another rumor about who might be playing the new Sony-Marvel Spider-Man collaboration. According to an anonymous source who spoke to Badass Digest, 16-year-old Weeds actor Mateus Ward has auditioned for the part. The publication said that he’s far from locked down the role, but this gives us an idea about the age range of actors that the studios are looking to cast. It also casts doubt on previous rumors that they were planning to go with the African American Miles Morales for the Spider-Man character rather than Peter Parker. The studios are apparently holding auditions in a house rather than an office to keep them even more secretive and to keep a lid on rumors like this one. The new Spider-Man character is going to be introduced in the Captain America: Civil War movie from Marvel before getting his own standalone movie from Sony later on. Badass Digest pointed out that Civil War is due to begin shooting in just two weeks, meaning the studios need to hurry up and cast someone for the cameo role as well as get the actor under a huge, multi-film contract for the various Spider-Man and Marvel movies for which he’ll be needed. 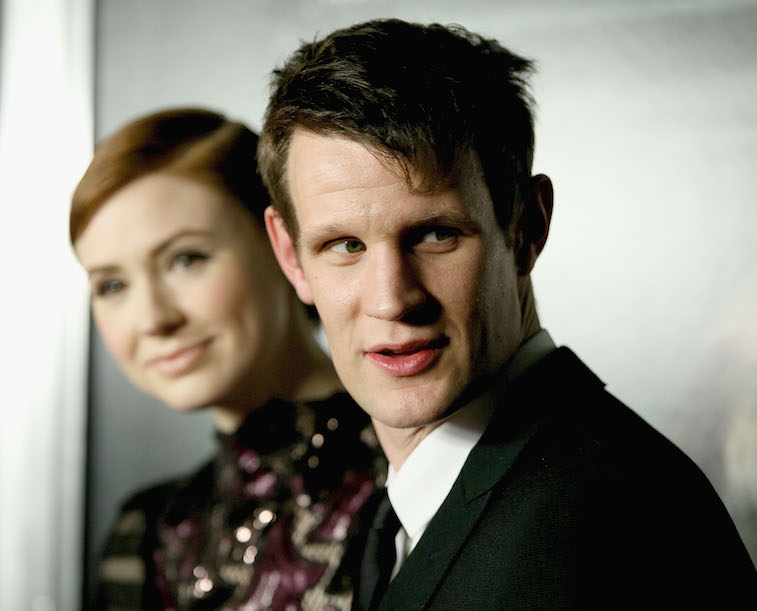 4. Doctor Who actor to star in Harry Potter spin-off

According to a report from U.K. tabloid The Sun seen by MTV U.K., former Doctor Who star Matt Smith is being eyed to star in the upcoming film version of J.K. Rowling’s Fantastic Beasts and Where to Find Them. The film trilogy will be a prequel to Harry Potter, taking place in the same magical universe but in New York City 70 years prior to Harry’s adventures at Hogwarts. It will focus on the “magizoologist” Newt Scamander, who seeks to discover and classify the wizarding world’s various magical species. Rowling has written the script for the project. MTV said that Benedict Cumberbatch turned down the part to pursue playing Hamlet on the stage. Fans of Doctor Who and Harry Potter have already taken to Twitter to express their approval over the tentative casting. The seal of approval from fans might help tip Warner Bros. even further in Smith’s favor if the studio hasn’t officially decided to cast him already. 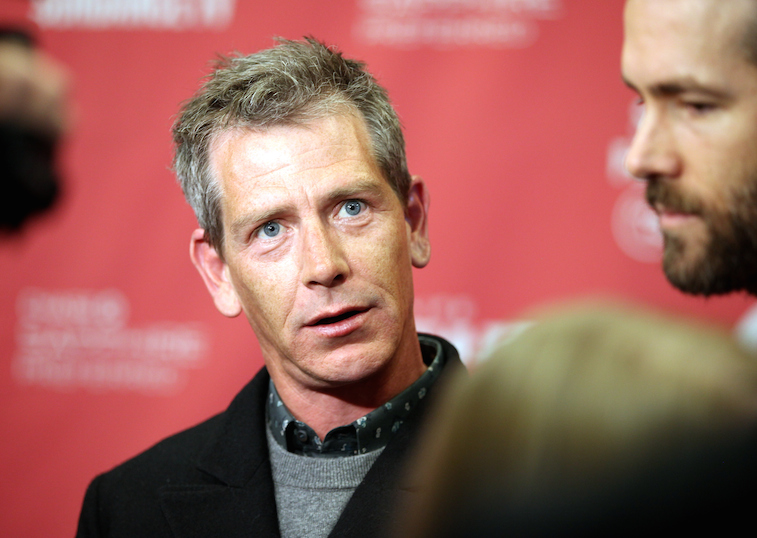 The rumors have been all but confirmed that The Theory of Everything Oscar-nominated actress Felicity Jones will play the female lead role in Gareth Edwards’ upcoming Star Wars standalone movie Rogue One. Now Deadline reports that Australian actor Ben Mendelsohn is “circling” the lead male role in Rogue One alongside Jones. Mendelsohn isn’t extremely well-known, but he’s had memorable smaller parts in films like Exodus: Gods and Kings, Killing Them Softly, and The Dark Knight Rises. He currently stars on the Netflix series Bloodline. Deadline says his performance on Bloodline has been so good that he’s being talked about for an Emmy nomination. Mendelsohn has apparently eclipsed actors including Breaking Bad’s Aaron Paul and Carlos’s Edgar Ramirez, who were both previously rumored to be up for the male lead role in Rogue One. Disney as per usual has made no comments on anything about the movie other than that Edwards will direct a script written by Chris Weitz set in the Star Wars universe.