From Freddy vs. Jason to Alien vs. Predator, audiences love the idea of pop cultural icons facing off against one another on the big screen. The resulting films may not always receive the warm response that fans are hoping for, but with Batman v Superman: Dawn of Justice heading to theaters this year and the recent announcement of Godzilla vs. Kong, it sounds like franchise mashups may be due for a comeback. Here are five potential cross-over films that would send moviegoers flocking to theaters and have fans salivating over the possibilities. While there is an infinite number of fun event films that could come together, we’re focusing on ones that at least have some precedence in other media and make sense from a business perspective as well as a creative one.

1. X-Men, the Fantastic Four and the Avengers

Casual moviegoers may be wondering why Earth’s Mightiest Heroes have yet to meet up with Marvel’s mutants on the big screen. However, while such a confrontation is easy to arrange in the comic book world — in fact, Marvel published an Avengers vs. X-Men limited series in 2012 — the fact remains that that the characters’ film rights remain divided between Marvel Studios and Fox, respectively. More likely, the X-Men could cross paths with the Fantastic Four at some point since Fox owns the rights to all those characters, but if rumors that Marvel Studios and Fox may be nearing some kind of deal prove true, the sky may be the limit. 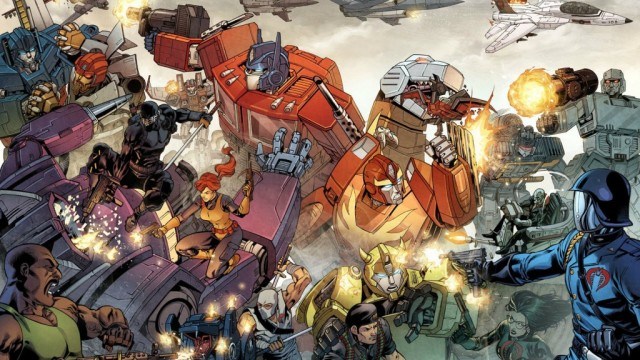 Hardcore Transformers fans may already be aware that a shared universe for Optimus Prime and the rest of the Autobots is already in the works over at Paramount, with at least four more films in development. However, what hasn’t happened yet is a much-needed cross-over with another Hasbro brand, namely G.I. Joe. While the first two live-action films in that franchise were financially successful, they have never reached the widespread popularity of Michael Bay’s Transformers films. The two series have united before, dating all the way back to a run of Marvel comics in the mid-1980s, and since Paramount has its hands in both franchises, a team-up film seems inevitable.

3. Robocop vs. The Terminator 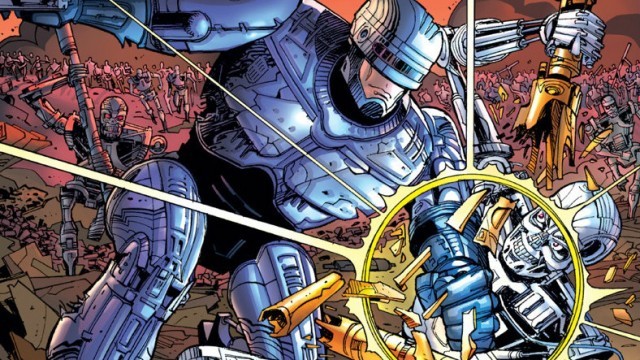 Starting in the mid-to-late-1980s, the Terminator and Robocop films explored different aspects of what happens when man and machine are joined as one. So why hasn’t a film ever explored what happens when Cyberdyne’s finest come up against a cybernetic Alex Murphy? At the moment, Sony is developing ideas for a sequel to the 2014 Robocop reboot, and thanks to the middling reception to Terminator: Genisys, that series is certainly in need of a fresh approach. With both franchises at a bit of a crossroads, there’s been no better time for Sony and Paramount to put aside their differences and bring this battle — first seen in Dark Horse comics back in 1992 — to life for real. 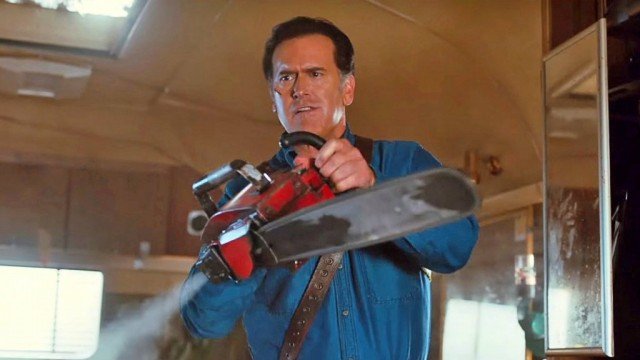 For decades, fans were clamoring for Bruce Campbell to reprise his role as the chainsaw-handed Ash from Sam Raimi’s Evil Dead trilogy. Now that he’s finally back in action for the Starz series Ash vs. Evil Dead, the timing is perfect for the character to face off against some of horror cinema’s most fearsome baddies. A 2007-2008 limited comic book series imagined the possibilities of Freddy vs. Jason vs. Ash, and with Campbell in the part and Robert Englund up for playing Freddy Krueger again, perhaps the new Starz series could hint at bigger things to come for Ashley J. Williams. After all, such a modern monster mash would be quite the big-screen return for the hero. Groovy. 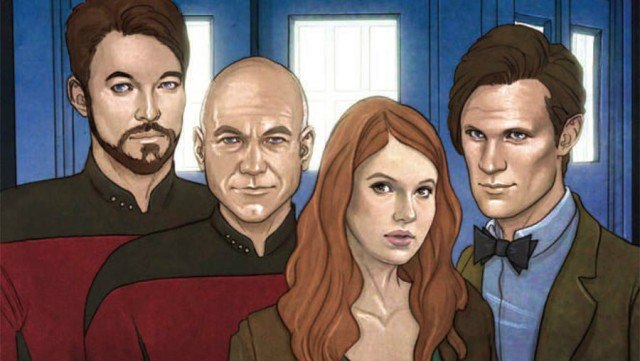 Both Star Trek and Doctor Who have their roots in the 1960s, and the two franchises each feature a rotating cast of characters centering on the exploration of other worlds and dimensions as well as the humanitarian mission of ensuring a better future. Moreover, they both retain monstrous international fanbases and stand as pillars of sci-fi and geek culture. So the fact that the only true cross-over between the two was a 2012 limited series published by IDW seems downright criminal. No matter which Doctor or Enterprise crew a film version followed, the tenets of both franchises remain just as relevant today, and the geek world just might explode in delight if it ever happened.