5 Shows to Catch Up on During TV’s Winter Break 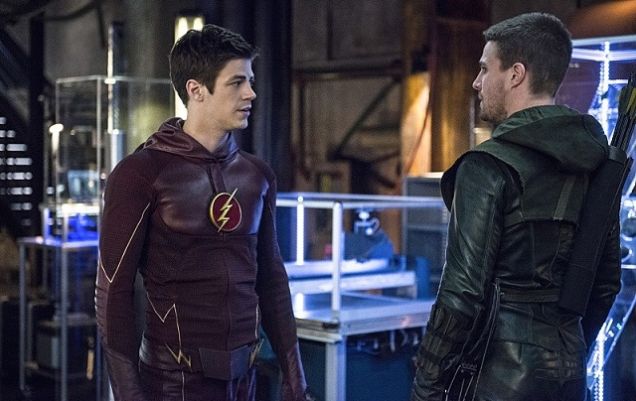 Fall finale season can be rough for the average TV watcher. All your favorite shows suddenly decide to stop mid-plot take a break until the Spring, leaving you to marathon your way through Netflix until new TV returns. But this hiatus also affords you a unique opportunity to catch up on all those shows you’ve been putting off. Nowadays there’s so much TV out there to watch, it’s hard to make time for anything else. Fortunately, you now have that time.

Here in the streaming age, there’s little to no struggle when it comes to finding a place to watch just about anything thanks to options like Hulu Plus, Netflix, cable streaming services, and the wide expanse of the rest of the internet. For anyone looking to get caught up on some must-see television, there’s no better time than now.

Where to watch: Hulu Plus, 24 episodes

Anyone who’s watched anything on Fox over the last year has probably seen a promo for the gritty modern re-telling of the story of Ichabod Crane. In this version, Crane is a resurrected soldier from the Revolutionary War living in modern times, battling the living embodiment of death that is the Headless Horseman. He teams up with police lieutenant Abbey Mills, and together they fight off demons in a monster-of-the-week procedural where the over-arcing plotline culminates in the biblical apocalypse. It sounds like a fairly ridiculous premise, but the chemistry between leads Tom Mison and Nicole Beharie drives the show. Plus the weekly format of “a time traveler deals with modern technology like cell phones and donut holes” makes it more than worth watching.

Where to watch: Netflix for seasons 1-2, Hulu Plus for season 3, 55 total episodes

Arrow marks The CW’s move into real, compelling superhero drama. It begins with a gripping escape from a deserted jungle island by Oliver Queen, the alter ego of the Green Arrow (although, in almost three seasons, he has yet to be called that). The ensuing seasons depict a hero with fewer moral scruples than Batman, more resourcefulness than Superman, and more emotional baggage than just about anyone else in the DC superhero universe. It’s a show that’s single-handedly set the tone for all comic book TV that followed and has already inspired a largely successful spin-off (we’ll get to that later).

Where to watch: Netflix for season 1, Hulu Plus for season 2, 32 total episodes

Created by Joss and his brother Jed Whedon, Agents of SHIELD started with a bang, slowed down to a crawl, and then gloriously came into its own soon after that. Once they ditched the “bad guy of the week” format for more of a continuous story about secret agents fighting evil, it became a true gem of the continuous Marvel universe. The general plot picks up directly after The Avengers, where Phil Coulson returns from the dead to lead ragtag band of hackers, science nerds, and martial arts experts against the monolithic evil that is Hydra. As long as you can get through the slow period right after the pilot episode, you’re in for an addictive and entertaining dive into what it’s like living on the fringes of the primary Marvel world.

Where to watch: Netflix for seasons 1-4, AMC On Demand for season 5, 58 total episodes

The Walking Dead is AMC’s most valuable property with Breaking Bad now off the air for good, and is definitely a show that’s had its ups and down. The first season may very well be the best, airing with just 6 episodes that track a group of survivors following the zombie apocalypse. Season 2 is by far the slowest of the series when the group spends 13 episodes on a farm having really intense conversations, but the action picks up again for Seasons 3-5, as the locales change up, the interpersonal dynamics get shaken, and everyone copes with a world where there are no laws but the ones they make themselves.

Where to watch: Hulu Plus, 9 episodes

The lighter, more jovial spinoff from Arrow, The Flash plays the part of Oliver Queen’s more upbeat counterpart to perfection in Barry Allen. In this show, we have more humor, a lead who’s far more charismatic than he is broody, and a compelling over-arcing mystery as to who murdered Barry’s mother. It leans far more in the “super-powered villain of the week” direction, but for a show like this it tends to lend itself nicely to what it’s trying to accomplish. With just the first half of the first season in the can, it won’t take long to marathon through in time to be ready for the winter premier on January 20.