We’ve all fantasized about what it would be like to be a full-fledged superhero. We see them in movies and on TV, as larger than life icons existing above the fray of humanity. It often brings us to wonder, what would it be like to have superpowers? If we could fly, would we never have to pay for another flight again? Or would we use the ability to don a mask and be a hero? Would super-strength really come in handy, or does it just lead to a series of accidentally crushed household objects?

These are the questions that most often come up when trying to imagine a life with superpowers. But from an even more practical standpoint, there are many of these that the human body simply wouldn’t be able to withstand. Sure it’s all fictional anyway, but if you’re going to have a fantasy, why not make sure it’s airtight in the realm of logic?

Having enhanced strength is something that requires a host of other supplemental powers to even begin to work. Firstly, the idea: Your muscles are enhanced to the point of being able to life things five, even ten times your body weight. But unless it’s paired with an increase in your bone density too, things will start breaking pretty fast. The invulnerability plus strength combo is the one that would work best, but strength alone would likely lead to a series of broken arms and legs to make you wish you were just a regular person again. All this isn’t even mentioning that in terms of practical everyday powers, “lifting really heavy stuff” isn’t something that comes in handy all that often unless you really are fighting crime.

Physically, flight alone probably would pass muster if for some reason you found yourself suddenly able to hover above the ground. But that’s about where the practicality of the power ends. Ever wonder why air traffic is so heavily regulated? The second you get up to a safe cruising altitude, one of three things will likely happen: 1. You’ll get hit by a plane, 2. You’ll be shot down by the military as an unidentified aircraft in a post-9/11 America, or 3. You’ll freeze to death in sub-zero temperatures at 30,000 feet. Unless you’re content with flying 10 feet above the ground and hoping you don’t careen into a building, you might want to pass on flight as your chosen ability. 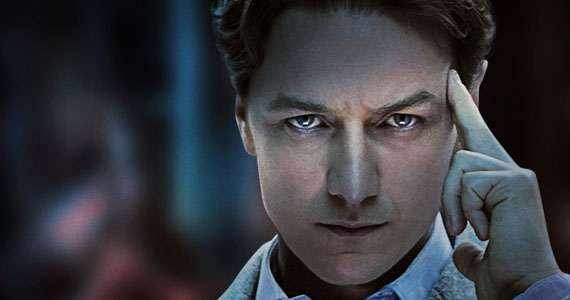 We’ve all had a moment or three in our lives where we’ve wished we had the power to look into someone else’s mind. It could have been during an argument with a significant other, or simply people-watching at a local coffee shop. In the comics, we see people like Professor X sporting the ability to read and control the mind’s of others, making it look like a cinch in the process. That being so, consider for a moment the way you think: Is it ever linear and conversation? Hint: It’s not.

The human brain processes thoughts in a huge jumble of sentence fragments and images. If you could read the thoughts of someone else, odds are you’d get peek inside that barely discernible jumble. Sure, you’d probably get the general gist of some things, but mostly you’d get a tangled rubber-band ball of feelings and incomplete sentences.

Most of us can agree, of all the practical and amazing powers the X-Men have, Cyclops got the short of the stick. Past being able to heat up his dinner or put a hole in someone’s chest, his heat vision doesn’t come with a whole lot of everyday uses. That’s not the only real bummer of his ability though. Theoretically, it fires a concentrated beam of pure unadulterated… well, heat. Trace that back to its origins (read: Your eyes), and this particular power is gruesome at best. Unless it comes paired with “super eyeball durability,” a single use of heat vision would melt your eye sockets right out Raiders of the Lost Ark-style.

Living forever is an oddly unspecific power in terms of what exactly it allows (past the obvious infinite lifespan). Usually it’s tied into rapid cellular regeneration, making super-healing a tertiary ability that comes with the territory of halting the aging process. So let’s imagine for a second that someone is born with the power of immortality (and by extension, doesn’t age). Someone like Wolverine has lived for a few hundred years as an adult, but technically the second the rapid healing/regeneration manifests (around childhood), his aging should stop right there, stranding him in permanent adolescence. If, hypothetically, it manifests at birth, in theory you’d be kept an infant for all of eternity.