5 Things ‘Assassin’s Creed Syndicate’ Is Not

The reviews are in, and many people are saying that Assassin’s Creed Syndicate is the best entry in the series in a long time, possibly since 2009’s Assassin’s Creed II. That’s been my experience with the game as well, so it’s a game that deserves attention, even in this crowded season of major game releases.

Syndicate takes place in 1868 London, during the sweeping changes caused by the Industrial Revolution. You play as the dual protagonists Evie and Jacob Frye, twin assassins who head to London to free the oppressed, to start a gang, and to find their destiny.

That’s what Assassin’s Creed Syndicate is. Here are five things it is not. 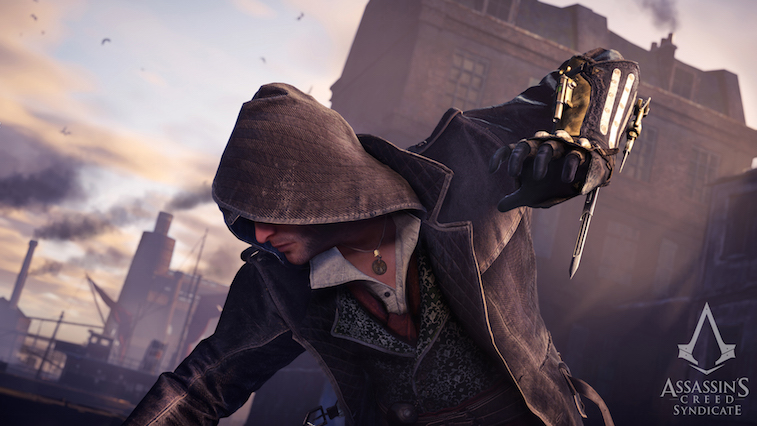 Explained by the developers as a way to focus on what really matters, the team decided not to include a multiplayer mode in this installment. Instead, all of the developer’s resources went into crafting the best single-player experience possible. That’s what they say, anyway — I assume they looked at the stats and realized only a fraction of the games’ buyers played online. In any event, the focus on the campaign seems to have paid off.

Syndicate improves on the basic gameplay more than any installment since II. Instead of struggling to get from point A to point B, you can hop in a carriage and drive there. Better yet, you can use a rope launcher to scale a building quickly or to swoop from the top of one building to the next. In short, navigating Victorian London feels great. If these are the kind of improvements we can expect from a single-player only Assassin’s Creed, I bet most fans would give up multiplayer in a heartbeat.

2. Bogged down by the meta-story 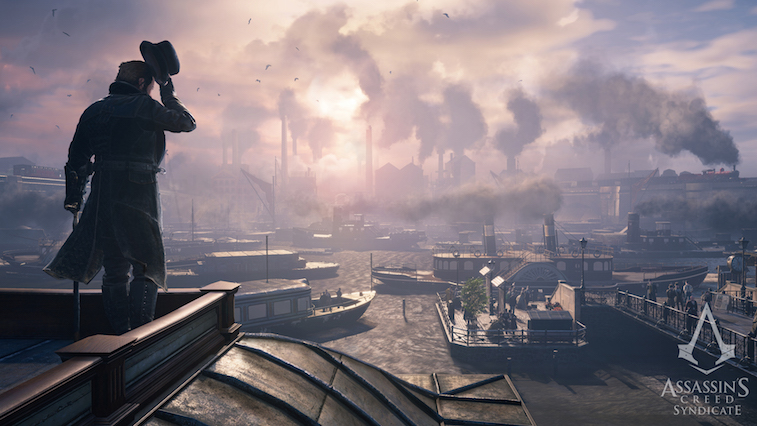 The Assassin’s Creed series, which has nine main installments so far, tells a grand story of an endless battle between two factions: the Assassins and the Templars. Part of the story takes place in the present, with characters putting on virtual reality headsets to cast themselves back into the lives of their ancestors, who participated in the battle.

It’s all very confusing, and unless you’ve played all nine titles, you’ll probably feel pretty lost. Don’t worry. This stuff doesn’t butt in very often in Syndicate. Newcomers can mostly ignore it and focus on the stand-alone story of Evie and Jacob Frye in Victorian London. 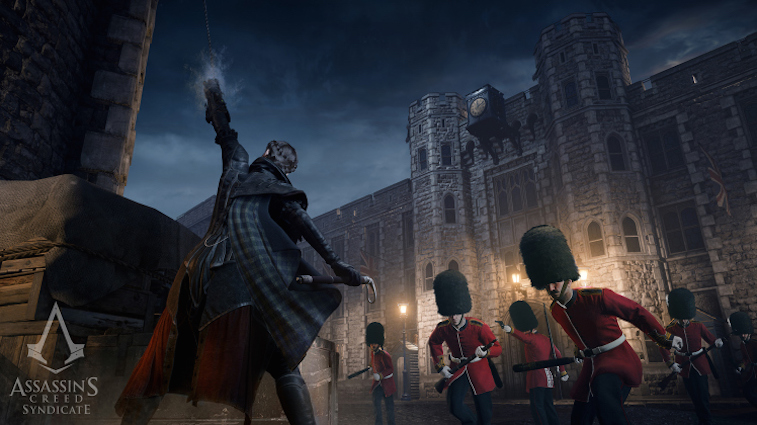 Because last year’s Assassin’s Creed Unity took a beating in the press for a buggy release and a lackluster campaign, you might think Syndicate’s positive reviews mean it veers widely off the beaten path. While it does include some smart new design choices and excellent characters, it’s still an Assassin’s Creed game through and through.

You’ll find many of the same mission types and the same gameplay structure you’re used to if you’ve played earlier installments. Some of the same bugs will even crop up, like character models vanishing from cut scenes and erratic AI. Syndicate is a very good game, but it doesn’t exactly reinvent the wheel. 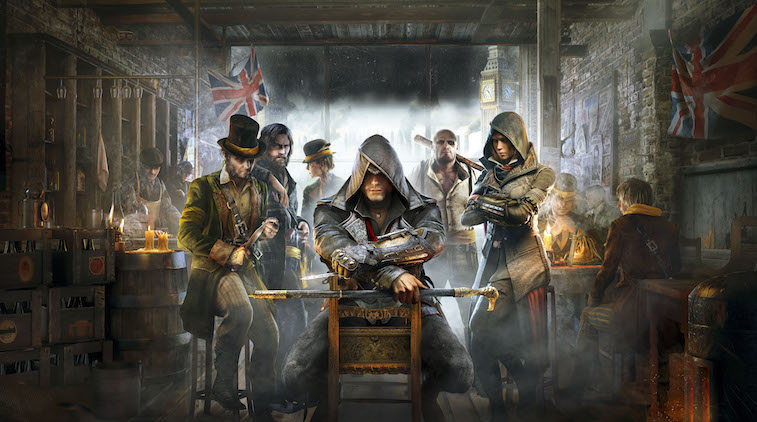 Assassin’s Creed pioneered the “parkour” style of gameplay that lets your character scale just about any building simply by running toward it. Unfortunately, the free-flowing movement doesn’t always work as well as it should. In past games, players have often gotten caught on things in the environment and struggled to navigate around or through open windows.

Thankfully, moving through Syndicate’s London is a pleasure. From the carriages to the rope launcher, you’ll find plenty of ways to get where you’re going quickly and easily. You can even hop on a train or boat if your destination is on the route.

Previous Assassin’s Creed games have largely either ignored or sexualized female characters. Syndicate clearly goes out of its way to correct this issue, and does a good job of it. The female protagonist Evie is a great character, fun to watch, and full of witty dialog. Many of the secondary characters in the game are women, including mission givers, gang leaders, and gang members. There’s even a trans character.

For a full review of the game from a feminist lens, watch the video above. Syndicate still has a few issues, but it makes great progress.