5 Things Gamers Should Know About Windows 10

The new version of Windows is a major overhaul of Microsoft’s ubiquitous operating system. Among its chief virtues is that it does away with all of the things customers hated about Windows 8. It’s also free to download for anyone running Windows 7 or 8. Not only that, but Windows 10 packs some interesting goodies for PC gamers. Here’s what you can expect from the new OS. 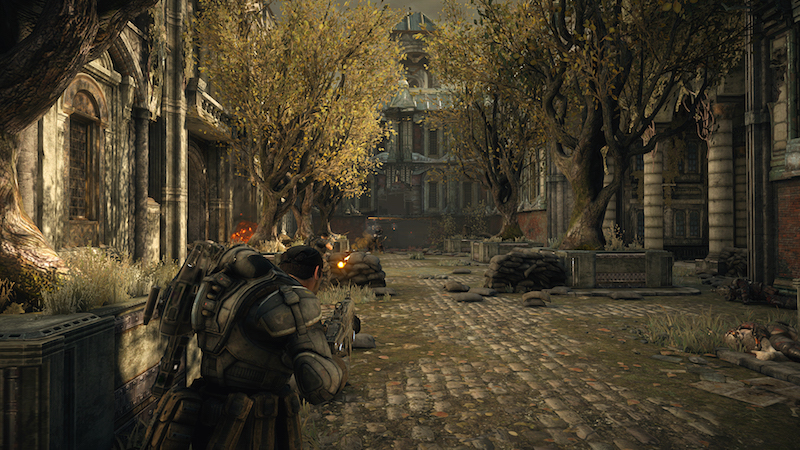 The biggest deal for gamers is that Windows 10 comes with DirectX 12, a toolset that — to spare you the technical details — will allow for better-looking games. We’re still several months away from games starting to take advantage of it, and you’ll need compatible hardware to see a major effect on your gaming experience. But generally speaking, thanks to DirectX 12, many upcoming games will look better on Windows 10, no matter what hardware you’re running.

A new Xbox app comes with all copies of Windows 10. The single coolest use of this app is that it lets you stream games from your Xbox One to your computer monitor, leaving the TV free for roommates or family members to use. That is, assuming you have an Xbox One.

Regardless of your hardware, however, as long as you have an Xbox account, you can use this app for cross-device multiplayer with friends on Xbox One, party chat, and to see your activity feed, achievements, screenshots, and game clips.

3. Windows Store gets an upgrade 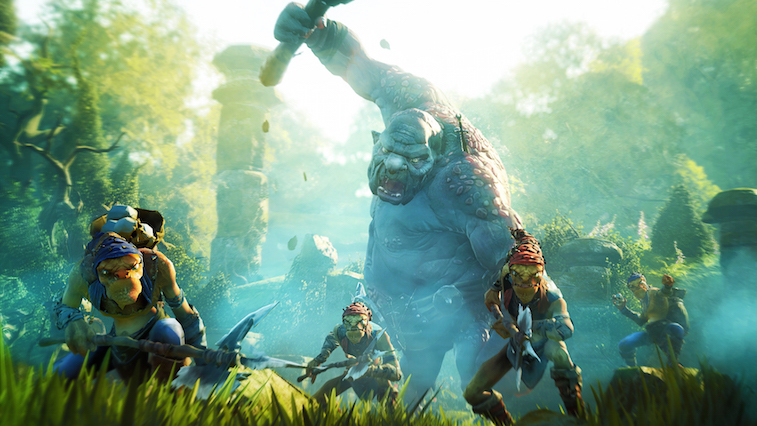 Microsoft’s app store has been updated to be unified across all Windows 10 devices, from phones and tablets to computers and (coming soon) Xbox One. You can also use it to buy games. Users of Steam or other digital stores might not find any reason to start using it immediately, but that may change once it gets Microsoft games like Gears of War: Ultimate Edition and Fable Legends this fall.

4. Minecraft: Windows 10 Edition Beta is out 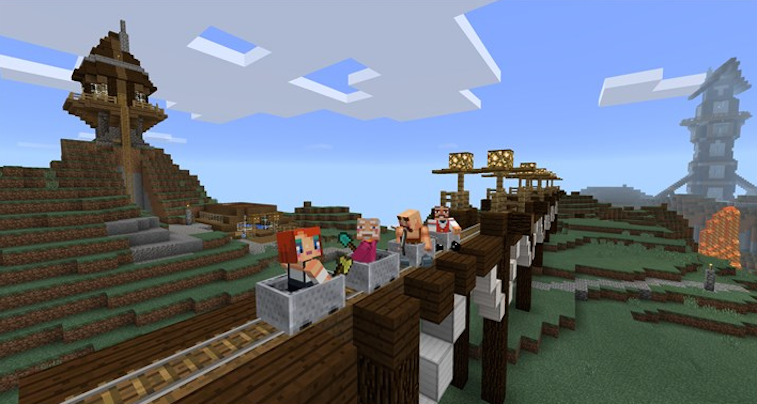 Speaking of exclusive games, Windows 10 now has its very own version of Minecraft. It’s not all that different from any other version of the ubiquitous game, but it has a few unique features. It has multiple control schemes, built-in Game DVR, and it will soon let you play with friends even if they’re running Minecraft: Pocket Edition on iOS or Android.

If you already have Minecraft on PC, you can download the Windows 10 version for free. If not, it’ll only set you back $10, at least until they remove the “beta” tag, whenever that may be.

5. Solitaire is a rip-off 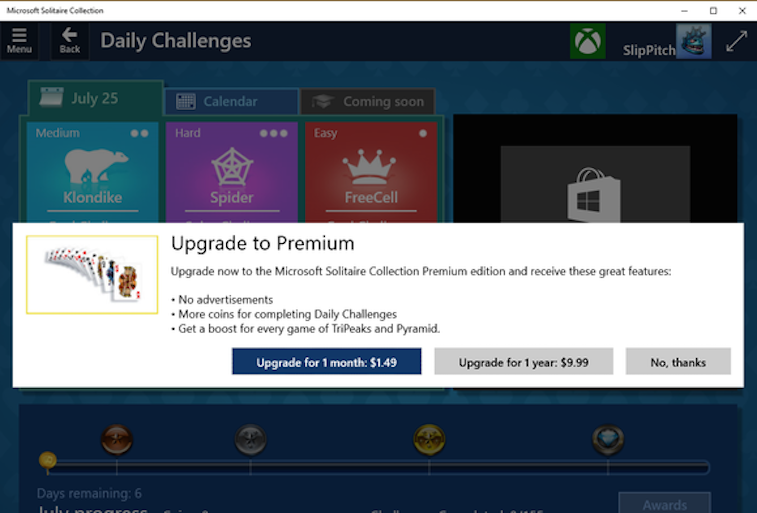 Solitaire has been a totally free game on Windows since the days of the Neanderthals (specifically, since Windows 3.0 launched in 1990). That’s no longer the case. The new solitaire app, called Microsoft Solitaire Collection, is a souped-up collection of solo card games that includes variations like Spider, FreeCell, and TriPeaks. It also has fancy features like achievements, leaderboards, and daily challenges.

But all that extra stuff comes at the cost of having to sit through video ads. That is, unless you want to pay to temporarily remove them. Nixing the ads costs $1.49 for one month or $9.99 for a year.

It’s nice to have a super-charged game of Solitaire, but sitting through ads or paying a subscription fee goes against the tradition of playing as a free source of idle distraction while procrastinating from work.