5 Things the Next Generation of Xbox Kinect Should Do

Microsoft has announced that it is continuing to innovate with the Kinect, Business Insider reports, with plans for additional upgrades next year.

Everyone expected it to kill the project after a second round of Xbox One systems hit the market without the Kinect in the box — a sign of lost faith — but the company says it plans to integrate Cortana and take it to the next level, per Business Insider.

What does the next level of Kinect look like? It’s unclear what we’ll see with the next system, but between the current version’s capabilities and the undelivered promises from two years ago, there’s a short list of things we’d like them to include in the evolution.

A lot of it starts with better integration and smarter responses.

1. Make the controls better and expand their reach

Turning the console off and on with voice commands is a nice luxury, and a time-saver when you’re multi-tasking. It helps you change apps when someone leaves the room and get a few minutes of play in before they come back to finish watching something on Netflix.

But Kinect doesn’t recognize a hierarchy of users: Mom can’t turn off the console despite junior’s protests, and my roommate can switch apps because he wants to watch something on Hulu while I’m in the middle of a boss fight.

Microsoft can do better. It can also add peripheral commands: If it can turn my TV on, it can make volume control easier so I don’t have to put down a controller to make a cutscene quieter. It can use Cortana (reportedly in the works) to answer random questions for me, like a personal assistant. We expect that to happen flawlessly in the third generation.

2. Help indie game designers use them in new and interesting ways

This is an important part of making the Kinect valuable to consumers. Game designers on the larger scale have been shying away from the Kinect, as many new buyers currently choose to get the console without the add-on. And who can blame them? The games making use of it are entirely too limited, and often not great.

But indie designers have a lot more to gain from a fun, inventive use of voice and face recognition. Imagine indie horror games that make you hold still to avoid serial killers. Kinect currently has the ability to read your pulse; imagine interrogation games that can detect how well you lie. Imagine a narrator who can tell if you laughed at a joke. Excited? So are we. Let’s make it happen.

3. Emulate split screen so I can screen look at my friends. 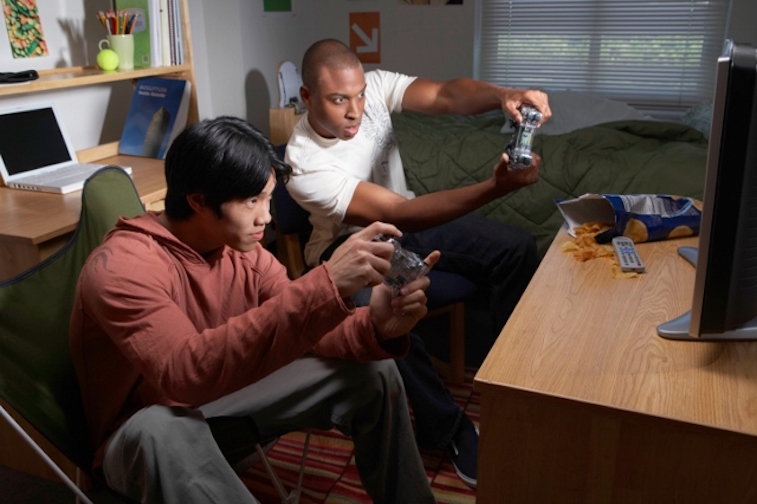 Also I want to know where that loser is sitting to camp and snipe. Seriously where is he?

4. Learn the difference between talking to the Xbox and about the Xbox

Some things need to be perfected before launch, and contextual behavior is one of those things. This comes back to better voice control, but the point here is context. We want Kinect to think before it acts. No, I don’t want the Xbox to turn off when I say, “I can’t turn the Xbox off right now.”

I don’t want to see a menu when I tell my friends we’re watching movies on the Xbox, and I don’t want to have to unplug the connect to answer questions while streaming from Twitch. It’s an infrequent problem, but little problems like this make you frustrated with otherwise useful technology, like a car that gets great mileage but has starter problems. Games can get away with a day or two of bugs before an update, but hardware shouldn’t take weeks to work the bugs out. 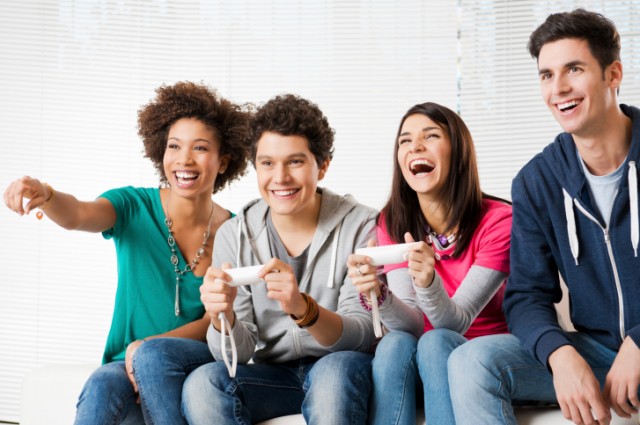 Games like Jeopardy and Dungeons and Dragons are meant to be conversational, not rigid and full of pull-down menus. There’s a time and a place for that, but it’s not sitting around the room in a circle, passing a controller around. People should be shouting, and getting excited.

Besides, there are games that require a certain amount of verbal communication. It makes sense to use controllers for things like dice rolls, or even as buzzers for game shows. But when you can say the answer to a puzzle, or speak a command, it makes the game feel less constrained, and more enjoyable.