The Whispers is about to bring some more mystery to the small screen. The creepy new ABC series, premiering on Monday night, chronicles the story of a paranormal force that begins to strangely and quietly haunt the Earth by targeting the most unsuspecting inhabitants on the planet— the children.

Viewers got their first look at the upcoming series with the eerie trailer (seen below), but there’s plenty more spookiness and mystery where that came from. Here are 5 things to know about The Whispers ahead of its premiere:

1. It’s based on a short story from Ray Bradbury.

The series is inspired by Bradbury’s short story, “Zero Hour.” The title is one of 18 sci-fi tales included in the author’s 1951 collection, The Illustrated Man. The anthology features various stories that deal with technology’s psychological effects on mankind. In “Zero Hour” specifically, children become obsessed with a game called “Invasion.” The children’s parents dismiss the game as harmless until an actual invasion occurs.

Similarly, in The Whispers, the children all begin playing with the same “imaginary” friend named Drill, who engages them in a “game” that causes them to manipulate their parents and friends into dangerous situations with harrowing consequences.

2. Steven Spielberg is involved – and you can tell.

The famed filmmaker serves as executive producer on the new television series and – as several critics have already pointed out- it doesn’t take very long before audiences get that distinct Spielberg vibe. The series explores many of the director’s preferred themes (such as the investigation of life beyond our world) and mixes elements from some of his most famous movies, including Poltergeist, Close Encounters of the Third Kind and even a little E.T. Whether The Whispers will prove more satisfying than other Spielberg-produced TV projects, like Extant and Under The Dome, remains to be seen. 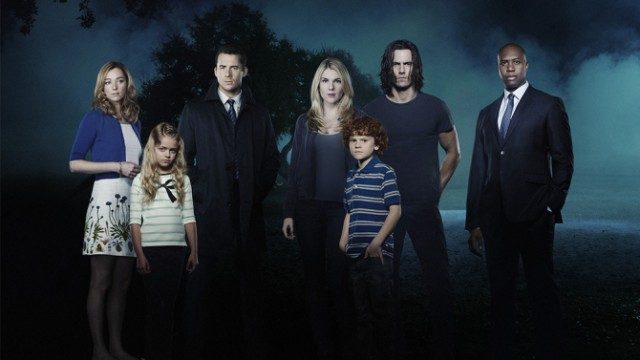 Though the show stars notable names like Rabe and Ventimiglia, the child actors have just as much of an impact. With kids playing such a central role in the story, some of the most notable roles go to the young stars, as do some of the most memorably scenes. One such scene was already highlighted in the series trailer: as all the other kids run around and play in the sprinkles on a beautiful, sunny day, one little girl stands apart and talks to her “imaginary” friend. When her mom comes to get her, she protests, saying she’s “still learning all the rules.”

Watching the manipulation of a child play out on screen is always completely off-putting and uncomfortable, but the young actors (including Abby Ryder Fortson and Kylie Rogers) have earned praise elevating the creepiness to a new level. “If you’re a fan of Village of the Damned, it’s enough to know that they would have fit right in,” The New York Times said of Fortson and Rogers.

Lost came to an end in 2010 and ABC has seemingly been trying to find another mystery-centered hit since. With its keep-them-guessing format, The Whispers fits right in with that effort. Audiences don’t know what exact person or thing is influencing the children or what’s caused this invisible but all-too-real figure to appear to them. But don’t worry – the questions won’t keep piling up with zero answers in sight. “

“By the end of Episode 4, you’ll know exactly what it is we’re dealing with,” Sloane told TVLine. “We don’t drag [the mystery] out for 13 episodes. You’re learning as the characters are learning, and the whole thing takes place in nine days.” 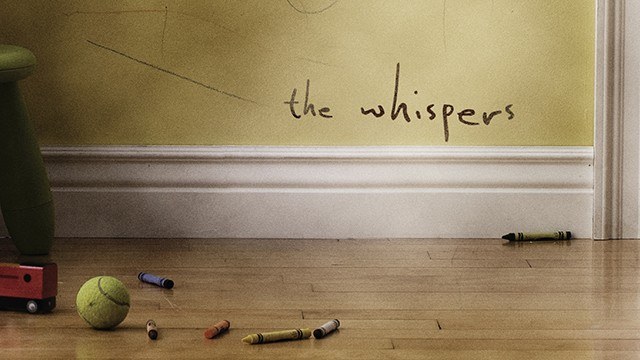 5. Most critics agree it’s worth a shot.

So far, reviews for the upcoming series have been mixed. As previously noted, the plot isn’t the most original. Plus, as with all similarly themed series, there’s always the concern of whether the mystery will have enough steam to last for a full season. Not to mention, whether waiting around for answers will pay off. Still, for the most part, reviewers seem to agree that the show serves it purpose: delivering frothy summer entertainment. As Variety put it, “The Whispers” has a polished feel, enough twists, and moves just well enough to steadily build on its central mystery.”