5 Things You Need to Know About ‘System Shock’ 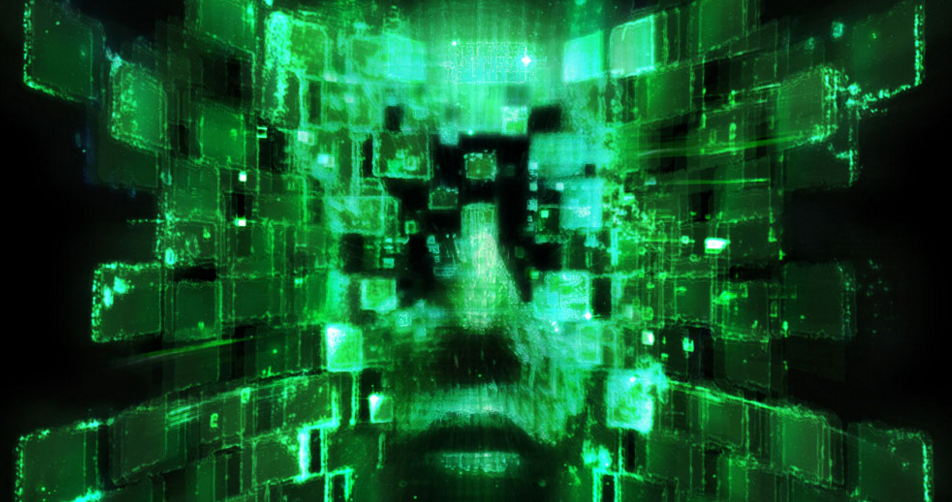 System Shock is a veritable PC classic. It’s a terrifying cyberpunk vision of a dystopian future that’s still widely regarded as one of the genre’s best, and for good reason. It’s still worth picking up and playing, despite the fact that it released a good 21 years ago. There’s a full remake of the original game publishing in the future, as well as a third game in the series on the horizon: System Shock 3. It’s alive and well, and deservedly so.

It’s a fantastic time for fans of the action role-playing adventure, for sure. But even though the first two games enjoyed a vast amount of success during their release, there are still droves of gamers out there who have never set foot in the claustrophobic corridors of Citadel Station. Worse still, they’ve never shuddered in revulsion at the malevolent artificial intelligence SHODAN. They’ve never played a System Shock game, and aren’t even quite sure what it’s all about.

With that in mind, now’s a great time to get primed on what you can expect out of System Shock and System Shock 2, even if you’ve never played one of the games before. Here are five things you need to know about System Shock so you can get on the fast track to becoming a cyberpunk superstar.

1. SHODAN is a sentient supercomputer

Even if you’ve only done some light reading about System Shock or System Shock 2, chances are you’ve seen this name here and there. Why’s it significant? SHODAN is the central antagonist of both games. While technically a genderless artificial intelligence, she tends to present as female, a supercomputer gone rampant with a disdain for humanity. While her presence is infinitely more disturbing in System Shock 2, she’s still an integral element of the mythos that you should become intimately familiar with if you want to defeat her.

Her bizarre, fragmented voice, eerie portraiture, and manipulative tactics are some of the most chilling aspects of the System Shock series, and from your very first encounter with her you’ll soon learn she’s not to be trifled with.

There are few things in gaming more chilling than a specific moment in System Shock 2 when one of SHODAN’s terrifying secrets is revealed, or when she’s playing you like a fiddle. You’re no match for this eerily intelligent megalomaniac with delusions of grandeur, but if you’re to conquer these games, you’ll soon learn to be.

The original System Shock debuted in 1994 and was conceived after programmer Doug Church spent a good amount of time on Ultima Underworld II: Labyrinth of Worlds‘ development. Because of this, it takes several of its cues from Ultima Underworld II’s design as well as Ultima Underworld: The Stygian Abyss‘s unique 3D engine and complex gameplay. It very heavily relies on emails, documents, and other scattered pieces of information throughout the game to communicate a narrative to the player, and as such there’s a feeling of isolation that permeates the game as well as some more involved mechanics that give it a clean, surgical feeling with less direct character interaction.

It very heavily relies on emails, documents, and other scattered pieces of information throughout the game to communicate a narrative to the player, and as such there’s a feeling of isolation that permeates the game as well as some more involved mechanics that give it a clean, surgical feeling with less character direct interaction.

This is important because going into System Shock 2 directly after the first game may be a little jarring, as it’s a much different beast. It’s heavily reliant on first-person shooter mechanics with action role-playing elements and elements of survival horror thrown in for good measure. You’ll need to rely on your reflexes more than your wits with this entry.

3. You uncover the narrative, not the games

During game development, Looking Glass Studios opted for a very nontraditional game model for the original System Shock. The studio wasn’t interested in creating dialogue trees or any sort of narrative that would require interaction with NPCs or any characters of that ilk, and thus set about allowing exploration to happen organically. So you won’t see the same cut scenes, NPCs with quests, or anything of the sort to distract you from uncovering the dark secrets of Citadel Station.

What you will come across are communication logs, emails, and other scattered elements that you must use to piece together the plot. The game isn’t going to hold your hand, nor did it set out to do so. It’s content to guide you along a path where you’ll eventually cobble together the narrative that’s been unraveling around you the whole time you’ve been playing. And it’s far more satisfying than if you had been given a set of NPCs to chat with.

Even the portraits of those you’re communicating with elicit a sense of dread that isn’t present in a good portion of other modern cyberpunk thrillers. They aren’t nearly as surgical or disconcerting to their very core. That may be off-putting to some players, so it’s good to know this before going in guns blazing.

4. System Shock 2 has aged better than its predecessor

System Shock 2 was revolutionary from beginning to end, and while it’s still a game from 1999, it feels much more similar to a current generation game than System Shock. Because of this, there’s less of a barrier to entry than with the original game. If you’ve played a shooter, and chances are you have, you’ll feel right at home here.

Compared to a control scheme that can feel frustrating to newer gamers, the sequel feels and plays like a breeze. If you’re having trouble deciding which game to play first, you’ll likely want to go with this one, as it’s aged like a fine wine, where System Shock was in need of some tuning up and still feels decidedly dated at times.

The Von Braun is rife with treasures you absolutely need to discover for the first time, and if opting for System Shock 2 over the original game is what you have to do to get involved, you should go ahead and take the plunge anyway.

5. Both games are currently very simple to get

If the words “PC games from the ’90s” terrify you, fear not. Both System Shock and System Shock 2 are extremely easy to get your hands on, especially now that there’s been a recent re-release of System Shock by way of the proper channels.

System Shock: Enhanced Edition from Night Dive Studios is an improved version of the original game that can be purchased from GOG.com for just $9.99, or bundled with the 1999 sequel for $19.98. You can also pick up both games via Steam on the cheap, especially when the multitude of Steam sales are running.

There’s no need to set up your own version of DOSBox or any sort of special system to run either game, so if you’re looking to take the plunge before System Shock 3 emerges from its cocoon and the remake rears what will hopefully be its terrifying head, go for it. It’s going to be a good year for System Shock fans.