For many of us, Back to the Future is a film franchise that helped define our childhood. We grew up dreaming of hoverboards and still sometimes find that “The Power of Love” is stuck in our head. And in the 30 years since the first film was released, we’ve had plenty of time to rewatch it, quote it, GIF it, and lament the fact that we still don’t have hoverboards. But even if you think you know the Back to the Future movies, there may be some pieces of trivia that you’ve missed out on — including these five interesting facts. 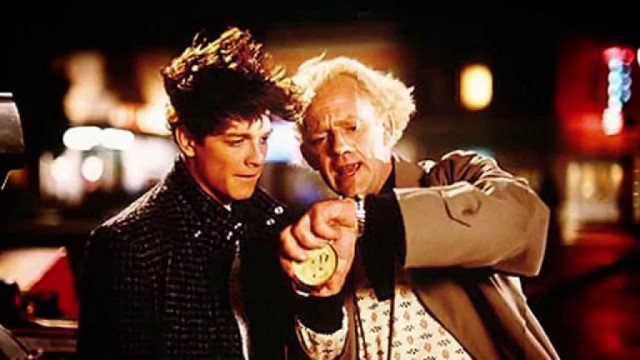 It’s hard to imagine this classic franchise without its lead actor at the helm. But due to filming responsibilities for his hit TV series Family Ties, Michael J. Fox almost lost the role of Marty McFly. Though he was director Robert Zemeckis’ first choice for the role, they couldn’t work out the details, and the producers cast Eric Stoltz. But the production crew quickly realized he wasn’t right for the part. While the young method actor brought great dramatic gravitas, he simply wasn’t bringing the level of “screwball” energy that the role required.

As Back to the Future’s producers worked behind the scenes to secure Fox for the part, Zemeckis shot five weeks worth of footage with Stoltz as Marty. Producer Bob Gale worked out a deal with NBC — one that would grant them access to Fox, though primarily at night. Stoltz was let go, and the rest, you might say, is history.

2. Back to the Future almost had a different title

Back to the Future is really the perfect title for this film franchise — but that doesn’t mean everyone involved was originally on board. Sid Sheinberg, the president of Universal Studios, agreed to make the film but felt strongly that the title wouldn’t appeal to moviegoers. According to Robert Zemeckis, Sheinberg suggested the film’s title be changed to “Spaceman from Pluto.” The creative team stuck to its guns, and executive producer Steven Spielberg sent Sheinberg a memo telling him how much they’d enjoyed his “humorous” suggestion. Too proud to admit he’d been serious, Sheinberg caved, and the only time we see “Spaceman from Pluto” in Back to the Future now is on the young boy’s comic book in the barn. 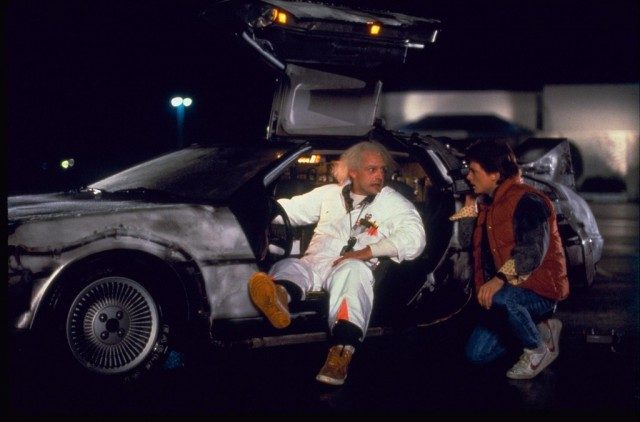 One of the most memorable aspects of Back to the Future is its’ time machine — a DeLorean DMC-12. But if the movie had followed an earlier version of the script, the obscure sports car with its unique gull-wing doors would have never appeared on screen. Instead, the time-traveling device would have been a refrigerator attached to the back of a pickup truck. After scrapping that idea due to child safety concerns — who wants to encourage children to climb into fridges, after all? — director Robert Zemeckis came up with the idea of using the futuristic-looking vehicle instead. And though the model never took off in sales, the DeLorean became synonymous with the future.

4. Back to the Future II almost predicted the 2015 World Series 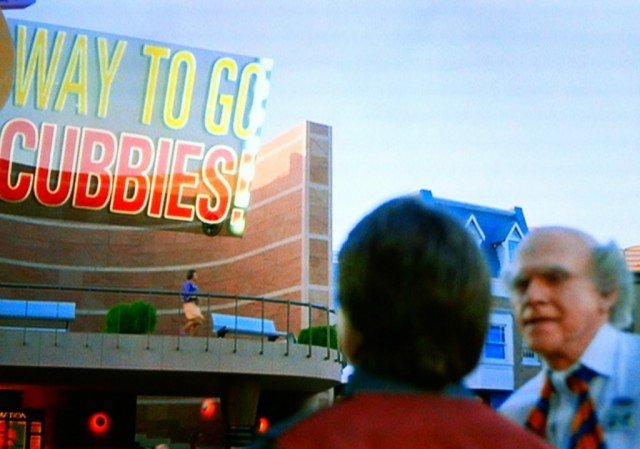 We already know that Back to the Future II had a somewhat optimistic view of our technological advancements here in 2015. But there are a few things that the film franchise actually got right. And eagle-eyed fans have taken note of one more potentially accurate glimpse into the future. Though they were eventually eliminated from competition, for a while it looked like the Chicago Cubs had a chance at winning World Series title in 2015. Coincidentally, when Marty travels to 2015 in the film, holobillboards proclaim the Cubs’ victory.

5. Back to the Future beat the odds to become a big hit 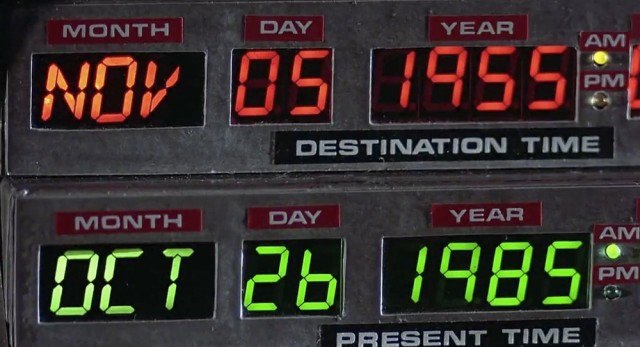 Universal Studios gambled big when it decided to produce Back to the Future. But the hard work of the film’s creators paid off, due to great reviews and word of mouth. It spent 11 weeks as the No. 1 movie in America and eventually raked in over $210 million. And it beat out films like The Color Purple, Rocky IV, and Rambo: First Blood Part II to become the highest-grossing film of 1985. But more than that, the franchise retained its popularity over the years, proving that a film that entertaining can withstand the test of time.