The 13th annual Tribeca Film Festival kicked off in New York City on Wednesday. While the event isn’t known for attaining films quite the quality of level of festivals like Sundance and Cannes, it does have a quirky and inclusive charm, and it tends to land some interesting documentaries. Here’s a look at five unique and bizarre documentaries being shown at Tribeca, which runs through April 27.

Famous Nathan tells of the story of Coney Island, New York City, and the great American tradition of a family owned business by exploring the story of Nathan’s Famous Frankfurters. Nathan’s hot dog stands are considered a New York City icon and are almost synonymous with Coney Island. The business was founded by immigrants and grew quickly, bringing some members of the family closer together and driving some apart. Director Lloyd Handwerker is the grandson of famous Nathan, and so gives a unique and intimate look into almost 100 years of his family’s history and the history of New York City, using the hot dog as a lens.

This documentary from filmmaker Jessica Yu takes a look at the 50-year-old idea that the Earth is becoming overly populated with humans, and how people (particularly women) are reacting to it both politically and personally. The film features public health and statistics expert Hans Rosling speaking about the issue and how it’s commonly misunderstood. The documentary also follows the stories of a journalist dedicated to bringing birth control to women in Africa, a Christian activist advocating that all births are gifts from God, and the plight of single men in China who are having a hard time finding wives due to the country’s one-birth rule. Yu won an Oscar for best short-form documentary in 1996 for Breathing Lessons: The Life and Work of Mark O’Brien.

There are a variety of music-themed films playing at Tribeca, including the as-yet-incomplete James Brown biopic, the musical romantic comedy Begin Again, a documentary about blind jazz pianist Justin Kauflin called Keep On Keepin’ On, and Bjork’s Biophilia Live, but the most anticipated of these is Time Is Illmatic, celebrating the 20th anniversary of Nas’s landmark record Illmatic, which is considered to be one of the best rap albums of all time. The documentary explores Nas’s life leading up to the recording of Illmatic and the musical influences that made the album was it is, from his jazz musician father to the burgeoning rap scene of his hometown of Queensbridge. The documentary is the directorial debut of multimedia artist One9.

The premiere of Time Is Illmatic kicked off Tribeca on Wednesday, and Nas himself followed up the first screening with a performance of the entire album. Robert De Niro, who’s a co-founder of the film festival, introduced the movie by saying it’s “about the making of an artist here in our hometown,” per Newsday.

This documentary explores a bizarre subculture known as “bronies,” or typically straight adult males who love the My Little Pony TV show and toys. The documentary is narrated by one of the voice actors from the currently airing version of the show, My Little Pony: Friendship Is Magic, and follows her to a brony convention in New York City. The film explores the lives of several self-proclaimed bronies, asking them to explain why they connect so strongly with a set of characters designed to appeal to girls younger than 11. The movie is also about how the Internet has worked to create highly connected and supportive communities among subcultures like bronies. 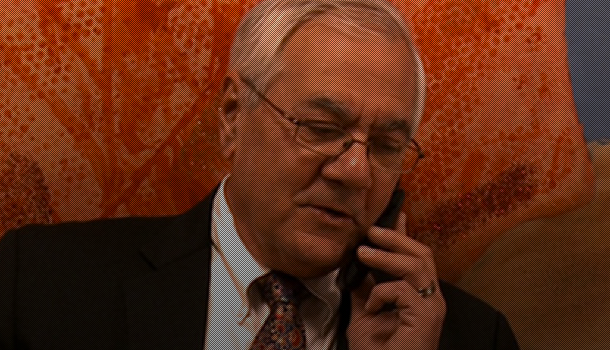 5. Compared to What: The Improbable Journey of Barney Frank

No documentary-heavy festival would be complete without a heavy dose of political commentary. Issues including the fast food industry’s relationship with migrant workers (Food Chains), the dangers facing mountain gorilla populations in the Congo (Virunga), and a look at the first woman governor of Texas (All About Ann: Governor Richards of the Lone Star State) will be featured.

The most exciting of the political documentaries is Compared to What, about the first openly gay Congressman the United States has ever had. Barney Frank speaks candidly about the role his sexuality has played in his political career, which will end with his imminent retirement after 40 years of service. After the film’s screening on Sunday, viewers can stay to hear a conversation between Barney Frank and actor Alec Baldwin about politics and Frank’s career.