7 Video Games Everyone Is Sick of Hearing About

Ideally, once a video game is announced, the publisher trickles out screenshots, videos, and previews at a steady rate to build hype until the game is released. Unfortunately, that’s not always how it works. Some games take forever to come out, whether because of a game’s expanding scope or problems that crop up during development. Either way, when the gaming public is left waiting for interminable periods for games they’re excited to play, they do the only thing they can do: Talk about it. And when you hear people talk about the same games for years on end, it gets a little old. Here are seven games we’re sick of hearing about.

For years after its 2009 announcement, just about everyone thought this game and the makers of Ico and Shadow of the Colossus were vaporware, a game that would never come out. That’s because Sony and developer Team Ico stopped talking about it, other than to assure the press occasionally that it was still in development. But that didn’t stop fans from wanting it, and talking about it, and hoping for news of its release.

Then in June of 2015 Sony surprised everyone by showing a demo of the game and promising that it would come out on PlayStation 4 in 2016. This ignited fan chatter (and high hopes) once again.

People have been talking about this game for seven years now. Just release it already so we can experience the pleasure, disappointment, or whatever other emotions this eternally delayed game will inspire in us, and move on with our lives. 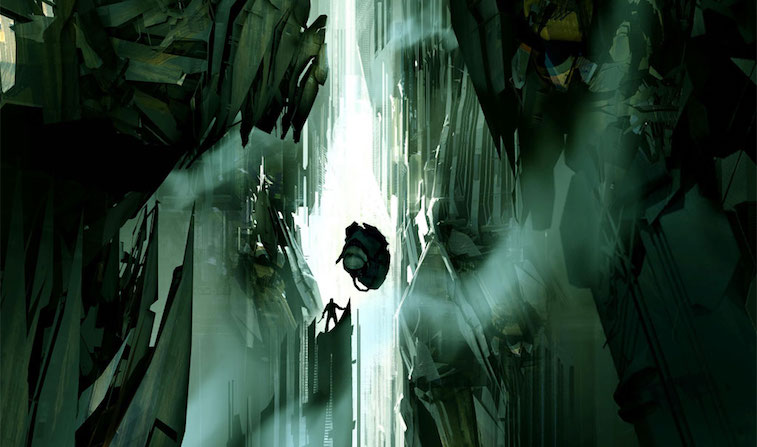 Of all the games that show no sign of ever coming out, this may be the biggest in history. Since 2007, we’ve seen virtually no signs of it even being in development, let alone getting a release date. That hasn’t stopped the Internet from hoping, ever more wistfully, for news of this fabled shooter.

The third and final chapter in Half-Life 2, Episode 3 was supposed to come out just a few months after Episode 2, which launched in October 2007. In the nine years since, we’ve seen three pieces of concept art, and that’s it. That’s a shame, since Episode 2 ended on the mother of all cliffhangers.

Even with mounting evidence that Half-Life is gone for good, people keep talking about it, ever hopeful for its return. It might be time to give up the ghost and leave our hopes in the past.

Here’s something you might not know: Final Fantasy XV was initially announced under the title Final Fantasy XIII Versus, way back in 2006. You don’t need to whip out a calculator to realize that’s 10 years ago. Here we are a decade later, and this game still hasn’t made it to market. What’s going on?

Well, Final Fantasy, once the leading series of Japanese role-playing games, has fallen on some hard times. The 13th installment in particular didn’t exactly light the world on fire. In fact, most fans of the series would agree that it’s been a slow downhill slide since Final Fantasy X came out in 2001.

Developer Square Enix is looking to fix that tarnished reputation by releasing a Big Important Game for the series’ 15th installment. And judging by the trailers and the demo that released in 2015, they’re on the right track. Will the finished product live up to expectations? Who knows, but I’m ready for the game to come out so we can stop hearing about it.

Far and away, one of the most hyped games on PlayStation 4 and PC is No Man’s Sky, a game that promised infinite space travel, billions of planets, and unlimited player freedom to play how they want.

While the lead up to the games launch was abound with players talking, threats going out to the developers over delays, and even to journalists and bloggers who reported on the delays, the actual launch of the game didn’t stop the talk. Because the hype train was so massive, its momentum carried through, and now there’s just an excess of complaining about how the game failed to live up to expectations.

Game sales are clearly against me on this one, but hasn’t Call of Duty lost its luster in recent years? The games are fun, and the multiplayer is reliably intense, but how many times can we get new installments of a single series before the excitement begins to wane? Not a year has gone by without at least one new Call of Duty games since 2003.

It’s not that the games are bad — they’re some of the best shooters on the planet — but it’s the repetition that kills it for me. Each year when the next one is announced, I just can’t muster any excitement for it. We’ve been there, we’ve killed the bad guy, and we’ve saved the world. The thrill is gone.

Another series that annualized itself to the point of exhaustion is Assassin’s Creed. Cracks began to show in the quality of the product when Assassin’s Creed Unity was released in 2014 as a buggy mess. Fans must have gotten fed up with the series, because sales dipped the following year, despite Assassin’s Creed Syndicate being a fantastic game.

Money talks, so Ubisoft opted to take an extra year to put additional polish on the next Assassin’s Creed. That means 2016 will be the first year without a new Assassin’s Creed since 2009. If you’re still jonesing for a taste of Assassin’s Creed this winter, just head to a movie theater. Michael Fassbender stars in a big screen version of the series releasing December 21.

The original Beyond Good & Evil came out in 2003. It’s a unique game that stars Jade, an investigative reporter who’s working on a case about a planet-wide alien conspiracy. She can kick serious butt when the situation dictates, but she’s also known to stop and photograph an animal when she has a free moment.

The game was originally planned to be the first of a trilogy, but poor sales put a wrench in those gears. Still, the game was well-received by critics, and a cult fan base has been vocal enough that Ubisoft announced a sequel in 2008. In the years since, an HD remaster of the original came out, but we’re still waiting on the purported sequel. Ubisoft has insisted time and again that it’s still in the works, but come on. It’s time to put up or shut up.