5 Ways ‘The Hateful Eight’ Is Similar to ‘Reservoir Dogs’

In many ways, The Hateful Eight may seem like it’s about a million miles from where writer/director Quentin Tarantino started his career back in 1992 with Reservoir Dogs. After all, the film is a period piece Western featuring an original Ennio Morricone score and a 70mm presentation to captures the film’s scope. By contrast, Tarantino’s debut was a more modern heist film — albeit one with a 1970s soundtrack — that inspired a million imitators in the mid-to-late 1990s. Yet, despite their differences, the two films share a lot more than simply the director’s signature style. Here are five ways in which Reservoir Dogs and The Hateful Eight could be viewed as companion pieces. Bear in mind, we’re not diminishing the achievements of either release but merely pointing out the narrative and thematic ground they share. 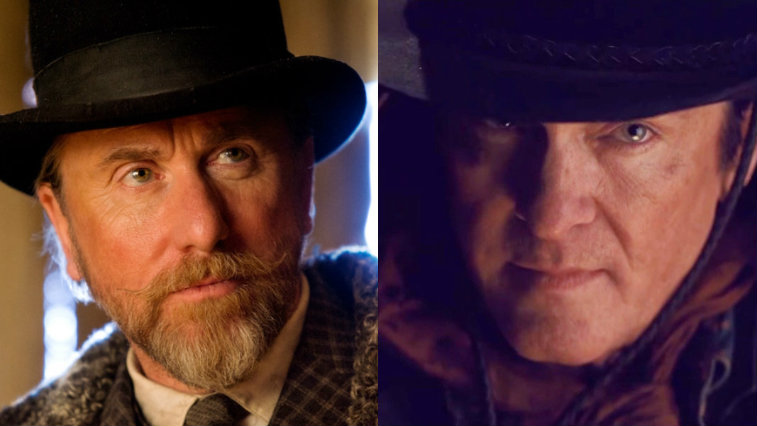 Aside from Samuel L. Jackson, Tim Roth, and Michael Madsen are two of Tarantino’s most frequent stars. However, the actors — who play Mr. Orange and Mr. Blonde in Reservoir Dogs, respectively — had not appeared together in the director’s films for more than 20 years. The Hateful Eight remedies that, ultimately revealing their two characters to be in league together. In that way, the film offers a clever reversal of how their character dynamic develops in Reservoir Dogs.

2. Mysterious strangers forced together by circumstance 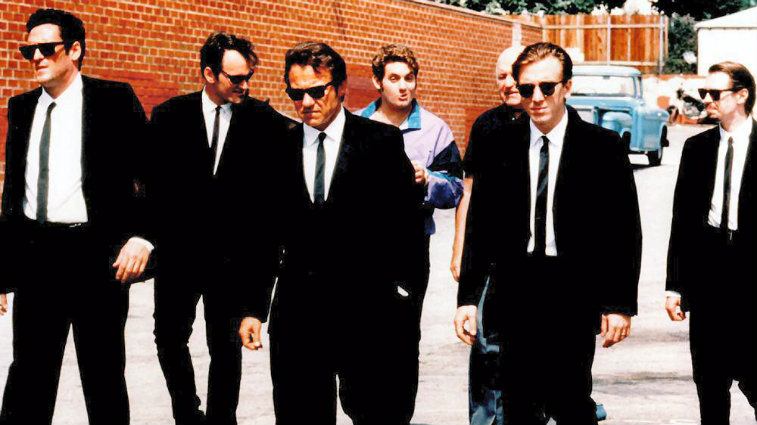 In Reservoir Dogs, a group of criminals is assembled by Joe Cabot (Lawrence Tierney) to complete a diamond heist, making eight co-conspirators. Each man is given nicknames and told not to share any personal details with the rest of the gang, a rule a few individuals violate. In much the same way, the main characters of The Hateful Eight are forced to cooperate due to the emergence of a blizzard. These being Tarantino films, the characters in neither story end up getting along, finding themselves in a Mexican standoff at one point. 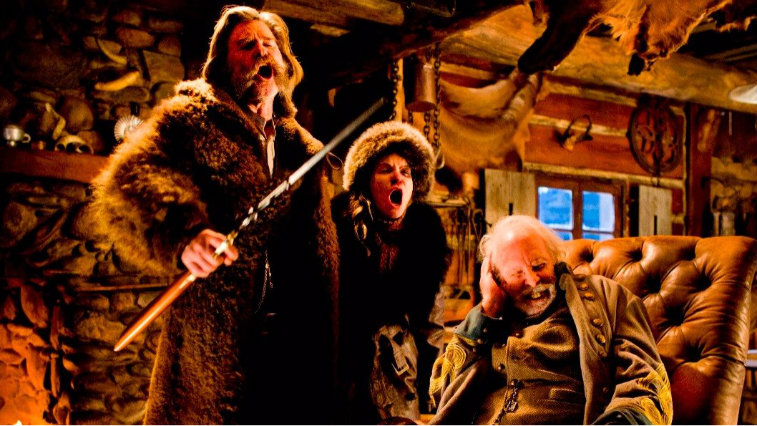 Following the botched heist at the center of Reservoir Dogs (which is never fully depicted onscreen), the gang winds up regrouping at a warehouse, where much of the film takes place as the survivors piece together how their plan went awry. It’s a brilliantly low-key move, likely designed by Tarantino to keep the budget of his indie project low. Yet The Hateful Eight employs a similar technique. Despite its use of 70mm and some early footage of the Western landscape, the film’s main story is confined to Minnie’s Haberdashery, a location wherein all hell breaks loose. 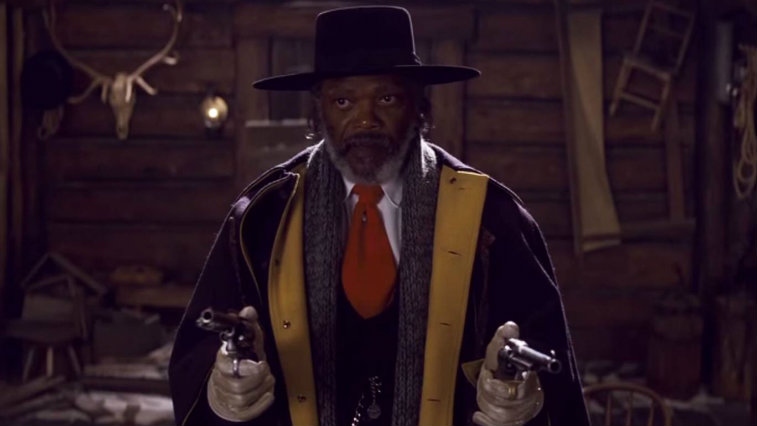 Early on in The Hateful Eight, Major Marquis Warren (Samuel L. Jackson) presents a letter he received from Abraham Lincoln, and this token is later revealed to be a fake. In reality, Warren uses it as a prop to “disarm” potential threats and win over white men like Kurt Russell’s John Ruth. In a similar fashion, Roth’s Det. Freddie Newandyke aka Mr. Orange in Reservoir Dogs develops fictional tales of his criminal past to endear himself to the criminals he aims to catch. As a result, both films toy with the concept of myths and the fluid nature of truth. 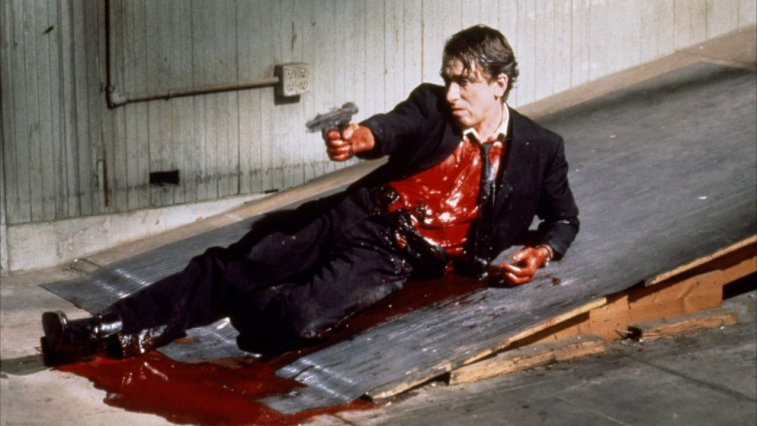 By the time the credits roll on Reservoir Dogs, Mr. Orange and Mr. White (Harvey Keitel) are both wounded, and the two men — having bonded during the job — are the only survivors left from the core group (since the implication is that Steve Buscemi’s Mr. Pink gets caught by the police outside). In The Hateful Eight, Warren and Chris Mannix (Walton Goggins) wind up becoming unlikely allies and the last men standing (or lying down, as the case may be). Both films stick with their characters until just before the moment of their deaths, lending an air of futility to their experiences together.