They say “any press is good press,” meaning that as long as you get your name in the news, regardless of whether it’s for something good or bad, you can benefit from the publicity.

By now it’s clear that Activision, the maker of the Call of Duty franchise, buys into this theory wholesale. With nearly every installment, some aspect of the game or the marketing goes beyond good taste in a deliberate manner, in order to court controversy. This makes newscasters mention the game on the air, and spawns a hundred op-eds. In other words, it gets people talking about the game.

Here are five of the most controversial moments in the series’ history. And if this doesn’t go without saying, the videos below are for mature audiences only and are not safe for work. 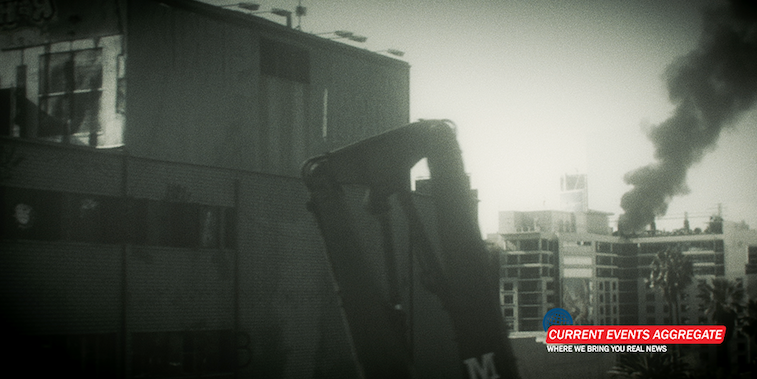 Here’s a fun question: When is a good time to live-tweet a fake terrorist attack as if it’s actually happening? Obviously, the answer is never. But that’s exactly what the official Call of Duty twitter account did in the lead-up to the release of Black Ops III.

The verified account, which had 2.8 million followers at the time, changed its name to ”Current Events Aggregate” and added the tagline “We bring you real news.” Then it sent out a string of 20 tweets declaring “BREAKING NEWS” about an explosion in Singapore, a 30-mile quarantine zone being created, and chaos as people tried to escape.

Once followers realized what the Twitter account was up to, complaints poured in from all directions. But hey, at least Activision got Call of Duty back in the news.

All Call of Duty games are about killing people, but usually the people you kill are armed soldiers who are also trying to kill you. Not so in the “No Russian” mission in Call of Duty: Modern Warfare 2. In this mission, you play an undercover agent embedded in a terrorist group whose mission is to open fire on innocent civilians at an airport.

The pace of the mission is slow and methodical as you and three terrorists walk through the terminal, using automatic weapons to mow down crowds of unarmed travelers. You don’t have to participate in the killing, but there’s nothing stopping you, either.

In Modern Warfare 3, one mission begins with a home video of the “Davis Family Vacation” in London. Mrs. Davis and her young daughter are standing in front of Big Ben as the girl twirls near a flock of pigeons, laughing and having a good time. Meanwhile, a truck pulls up next to them and explodes, killing the Davis family and issuing a cloud of green gas. It’s a chemical bomb, one of many set off around Europe.

You don’t normally assassinate actual people in video games, but the opening mission in Black Ops has you attempt to do just that. You start in a bar in Santa Maria, Cuba in 1961, where you gear up to find and kill Fidel Castro.

Squads of police units stand between you and your target, but you take them out as you make your way to Castro’s plantation and into his bedroom. Castro takes a woman hostage, but a well-aimed bullet finds its way to his forehead, and your mission is accomplished. Unfortunately for you, it turns out the man you killed was a body double. As you can probably imagine, the people of Cuba weren’t thrilled to see this mission in the game.

Another boneheaded marketing attempt occurred during the Modern Warfare 2 advertising blitz. A fake public service announcement released online shows a digital version of Phillies pitcher Cole Hamels asking players not to spam grenades when they play online. “Be cool, avoid random grenades,” he says. “They’re for pussies.” Then a bunch of grenades land on him, blowing him up. Text appears onscreen reading, “Funding Provided By: Fight Against Grenade Spam.”

Thanks to the capital letters, it’s hard to miss the acronym “F.A.G.S.” in the text. Seeing as online Call of Duty matches are notorious for players delivering homophobic and misogynistic insults, this video was seen as a tacit approval of the negative culture that exists in the multiplayer portion of the games. Not cool, Activision.