We’re not usually surprised when some of our favorite movies produce less-than-satisfying sequels. However, it can be a shock when movies we all agreed weren’t that good in the first place get another shot. Such was the feeling when we learned that Olympus Has Fallen, a critical disappointment with a 47% rating on Rotten Tomatoes, was getting a sequel. While it did well in the box office, who exactly was clamoring for a sequel to Olympus Has Fallen? (And, yep, it was called London Has Fallen, so same thing just with British accents, right?) [Update, 5/3/16: ‘London Has Fallen’ earned a 24% rating on Rotten Tomatoes.]

Hollywood has made a habit of pouring more money into these mediocre action movies trying to turn them into profitable franchises — and, to be honest, it has often paid off. Here are six other action movies that maybe didn’t deserve the second chance. 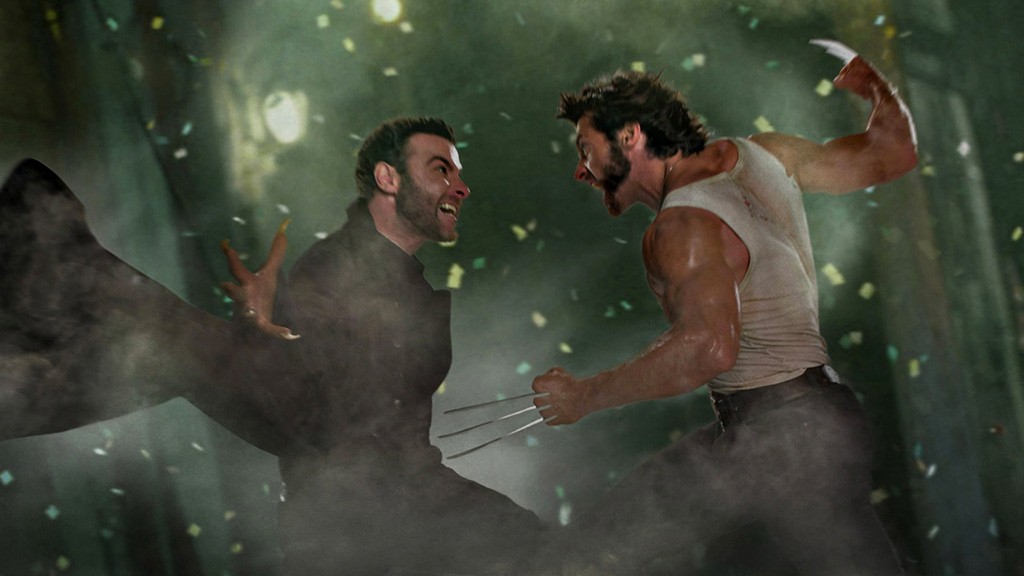 Don’t get it twisted: Everyone loves Wolverine. Especially Hugh Jackman’s Wolverine. He’s one of the most popular X-Men, so it makes sense he would get a standalone movie. But why did it have to be so bad? In this 2009 film, which has only a 38% rating on Rotten Tomatoes, we get the whole backstory of Wolverine, starting with him as a young boy discovering his mutant abilities, but critical consensus was that the exposition was too long and boring, and — aside from some good fight sequences — Jackman’s talent was wasted. There wasn’t quite enough Wolverine in X-Men Origins: Wolverine.

But as the X-Men franchise continued to rake in the big bucks for 20th Century Fox, another Wolverine film was put on the docket and came out in 2013. It should be acknowledged that the sequel, The Wolverine, was more well-received, garnering a 70% rating on Rotten Tomatoes. Maybe skip straight to that one.

We’re also hoping that the tragic use of Deadpool in X-Men Origins: Wolverine will be totally erased from our memory when we see Ryan Reynolds reprise the role in his own Marvel film. 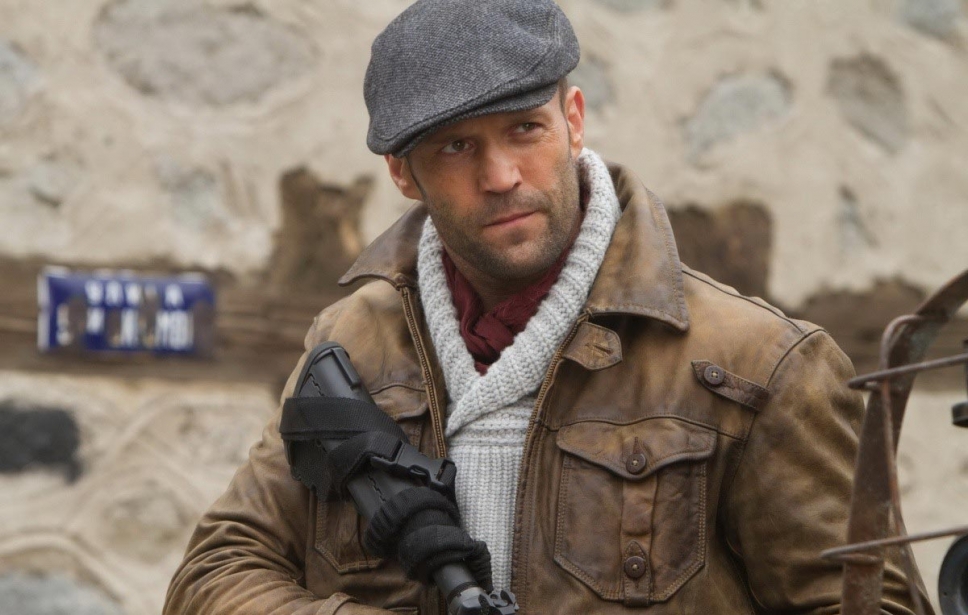 With 41% on Rotten Tomatoes, this film didn’t get a round of applause from critics, but it sure made enough money — more than $270 million worldwide — to prove that audiences, for some strange reason, want to watch older action stars team up. The film was criticized for its lack of story, as it mostly rested on having a cast of recognizable names, including Sylvester Stallone, Jason Statham, Jet Li, and Dolph Lundgren. The cast only expanded for the second and third installments of the franchise. And, oh yeah, there’s going to be a fourth.

Yes, OK, we know: These movies make loads of money at the box office. It’s not a mystery why Hollywood isn’t willing to let go of the Transformers franchise. But we don’t have to pretend that even the first Transformers film was all that good. With a 57% rating on Rotten Tomatoes, this film was a breakout blockbuster role for now mainstream-adverse Shia LaBeouf and follows his character’s attempt to save the world from being destructed by evil Decepticons. It’s based on children’s toys, though, so it’s not like we were expecting that much out of it. While it may have impressed fans of giant bots smashing things and each other, as Bob Mondello wrote for NPR, “[f]or the bot-neutral rest of us, two-and-a-half hours of mostly incoherent special effects may be a bit much.”

4. The Fast and the Furious 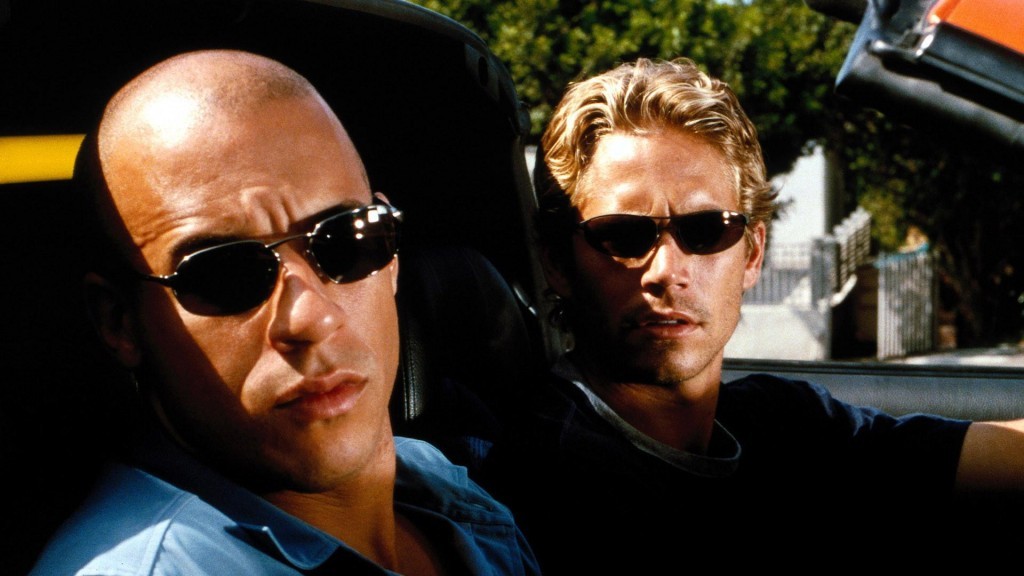 The Fast and the Furious | Source: Universal Pictures

Surely when they made the first of the Fast and Furious franchise, Universal couldn’t have predicted how prolific or profitable the franchise would turn out to be. Because at its core, the first film was just a dumb action movie: fast cars, explosions, not much thought, etc. The first film, which many critics called formulaic, has a 53% on Rotten Tomatoes. The New York Post’s review said, “Yes, the whole thing is pretty dumb, and every character and every situation is familiar from better movies.” Seven movies later and no sign of slowing down, Universal Pictures is probably pretty glad it didn’t listen to the critics on this one. 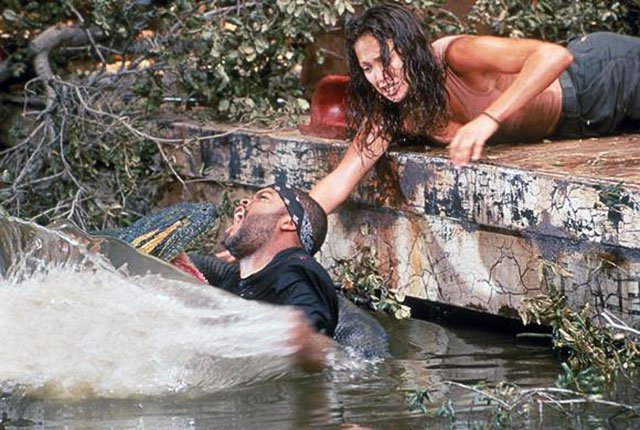 This 1997 film starring Jennifer Lopez, Jon Voight, and Ice Cube follows a documentary crew’s journey through the Amazon in search of an ancient people — but they wind up in peril when they are hunted by a giant anaconda that squeezes people to death, eats them, regurgitates them, and eats them again. Sounds like a fun thing to watch. It was basically Jaws with a big snake instead of a shark, and done way less well. It underwhelmed critics and has only a 38% rating on Rotten Tomatoes, yet it received a sequel (albeit with a different cast and seven years later) called Anacondas: The Hunt for the Blood Orchid. That film got even worse reviews. It’s like Hollywood doesn’t learn, right? 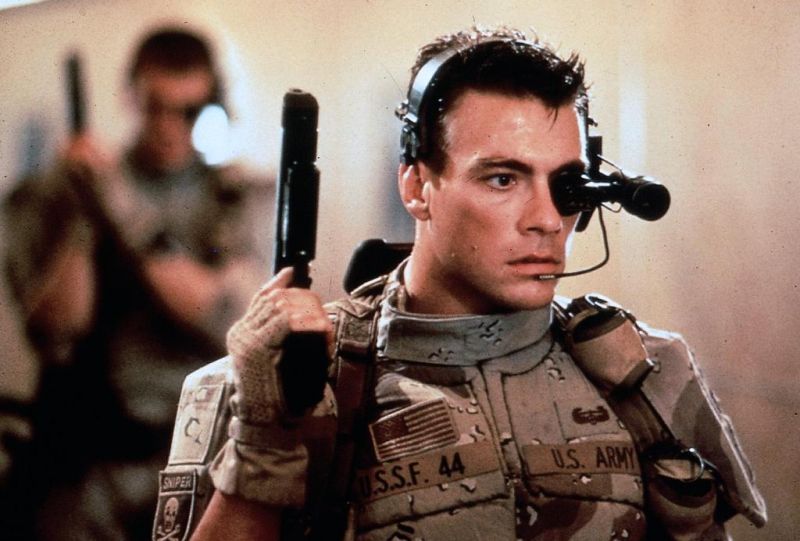 This 1992 flick has spurred five sequels — three feature films and two TV movies — including 2012’s Universal Soldier: Day of Reckoning. Is the original the worst of them all? With only 19% on Rotten Tomatoes, it’s a wonder the following films were green-lit. The first film stars Jean-Claude Van Damme and Dolph Lundgren as undead archenemies both brought back to life by a government project called “UniSols,” which turns corpses into super-soldiers. Rolling Stone’s Peter Travers wrote, “Though the idea is dumb enough to be fun, director Roland Emmerich does the Terminator thing without much style, and the two stars bash into each other but never connect.”