6 Movies that Hollywood Needs to Make

The biopic is one that many actors see as their chance at an Oscar-worthy performance. Jamie Foxx won Best Actor for his depiction of Ray Charles. Joaquin Phoenix was nominated for Best Actor as Johnny Cash in Walk the Line. Daniel Day Lewis took home the award for Lincoln, as did Eddie Redmayne  for his performance as Stephen Hawking in The Theory of Everything. In this decade alone, we’ve depicted our favorite heroes from history in over 100 movies and miniseries. But still, there are plenty who have been left out that deserve to have their story told.

Who Should Star: Nick Offerman 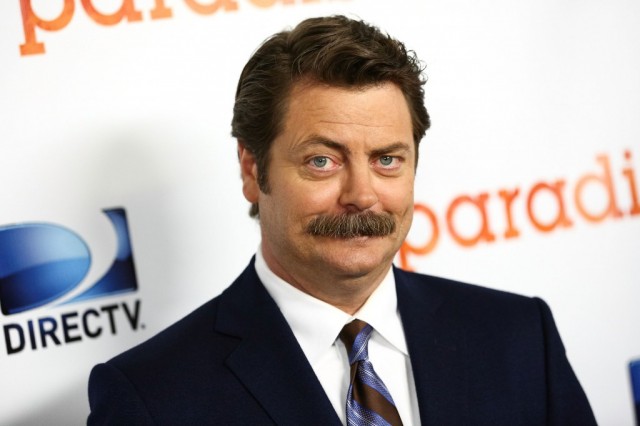 Teddy Roosevelt may very well be the most prolific figure in American History. Before he even took office as the head of state, he became known as the leader of the Rough Riders when war broke out with Spain in 1898. In his presidency, he established the National Parks system as well as American imperialism, coining the phrase “speak softly and carry a big stick.” He even survived a bullet to the chest after an assassination attempt, proving him to be the unadulterated bad-ass that history remembers him as.

After leaving office, he charted the previously undiscovered River of Doubt in the jungles of the Amazon at the age of 55, and in the process nearly lost his life after suffering a brutal leg injury and contracting malaria (he requested his party leave him behind to die so as to not slow them down; naturally they refused). Needless to say, any movie digging into the life of Roosevelt would be have plenty to draw from, and Nick Offerman’s mustachioed man’s man demeanor fits the role perfectly.

Who Should Star: David Bowie (again) 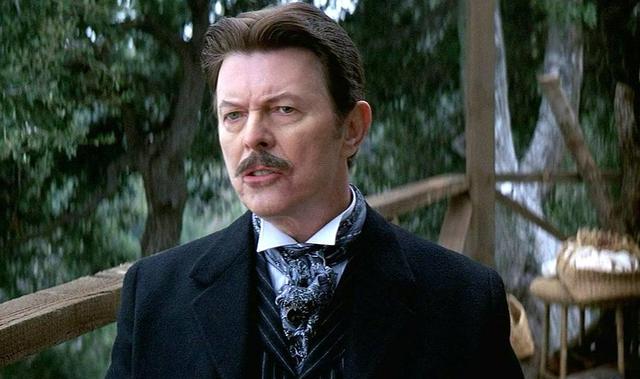 The true father of electricity has become something of an internet celebrity following Matthew Inman of The Oatmeal raising enough crowd-sourced money to save Tesla’s old lab from being demolished into a strip mall (you can read all about on his site over this way). Inman is using the money (a large sum of which was donated by Elon Musk per The Oatmeal) to build a museum commemorating the life of his hero, and for good reason. Tesla’s list of accomplishments is miles long, having invented alternating currents in a time where candlelight was the order of the day, discovered the resonant frequency of the Earth itself, and was the first to record radio waves from outer space (peep Inman’s full comic detailing Tesla’s work here).

David Bowie actually appeared as Nikola Tesla once in Christopher Nolan’s The Prestige, and did a phenomenal job embodying all the strangeness and genius of the Serbian. It’s only natural that Ziggy Stardust reprises his role for a potential biopic that would serve to further commemorate one of the greatest inventors the world has has ever known.

Who Should Star: Emile Hirsch 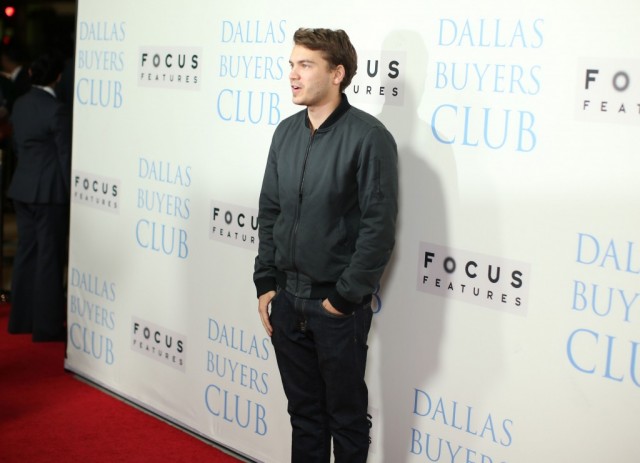 Napoleon has been depicted in Hollywood on multiple occasions, but hasn’t seen the silver screen since 1955, making it high time for a rebooted edition. Although short in stature, the former Emperor of France conquered virtually all of Western Europe, ruling over his native country for over a decade. His level of dominance over his continent hadn’t been seen since the days of the Romans, and only fell following an ill-advised trip into the cold of the Russian winter. It truly is a story with every element Hollywood could possibly want: a fast rise to power, a tragic fall into exile, and the tale of an iconic presence in the history books.

Any actor taking on the role would of course need to be equal in height to the famously short Emperor who stood at all of 5 feet 6 inches. Emile Hirsch stands at 5-foot-7, making him the perfect candidate to portray Bonaparte in what would be a guaranteed thrill-ride of a flick.

Who Should Star: Jason Momoa 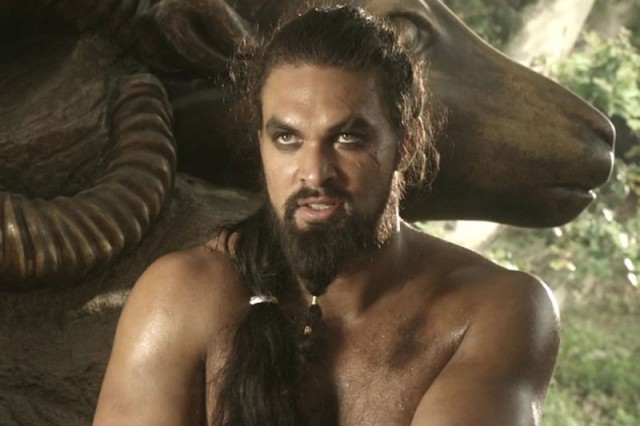 Hannibal is widely regarded as one of the greatest military geniuses the world has ever seen, as the one man in history who almost single-handedly toppled the Roman Empire. Marching his army through Spain and over the alps into Italy, he brought the Punic Wars to Rome’s doorstep, marauding his way through the Italian countryside and besting their most skilled commanders in battle after battle. Hannibal only saw defeat after 15 years of war in Italy had him recalled home to defend against an invasion.

Having already played one conquerer in Game of Thrones as Khal Drogo, Jason Momoa is perfectly suited for the role of the physical specimen that was Hannibal. Not to mention seeing Momoa with an eyepatch will be just about the coolest thing this side of his slate of Aquaman movies (Fun fact: Hannibal lost sight in one eye following his march over the Alps thanks to an infection, as per NNMB).

Who Should Star: Mae Whitman as Stevie Nicks 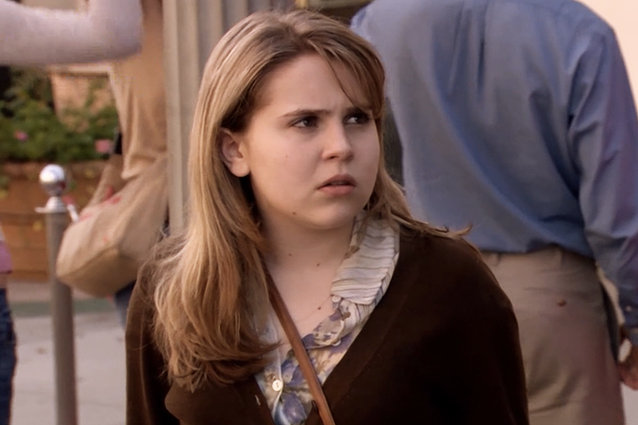 Imagine all the conflict in Johnny Cash’s life, and multiply it by the five members of the original Fleetwood Mac. It’s a story wrought with the drugs, sex, and rock and roll of any musician biopic, but Fleetwood is really the conflicting band to end them all. During production for Rumours, the album that made them the rock legends they are today, no one was even speaking to each other thanks to a host of “who slept with who doing what drugs”-related problems. In that discord, they created ballads we’re still singing along to today.

You may recognize Whitman as Ann Veal from Arrested Development and most recently as Amber Holt on NBC’s Parenthood. In doing so you also may realize she’s a dead ringer for Fleetwood’s lead singer Stevie Nicks — here’s hoping she knows how to sing.

Who Should Star: Adrien Brody 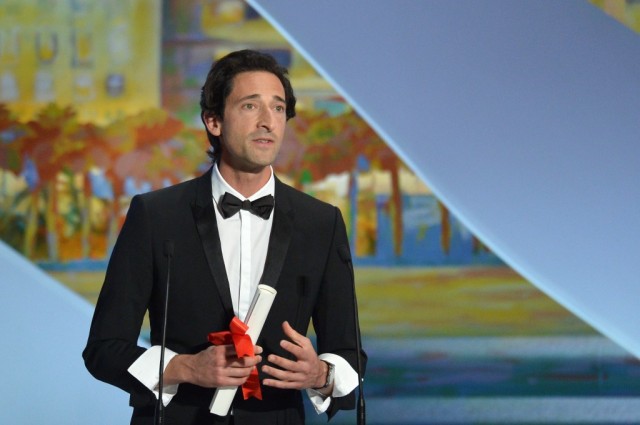 Stephen Hawking just got his biopic, so it follows logically that fellow scientific visionary Carl Sagan be next on the list. Sagan’s list of scientific accomplishments is endless, having been a pioneer in the research of extraterrestrial life, and assembling the first physical message we’ve ever sent into the heavens and beyond. Perhaps his greatest achievement though was bringing the complexities of the universe to the next generation of scientists and engineers with his revolutionary show Cosmos. Since then, Neil Degrasse Tyson has rebooted the series, never forgetting the trail Sagan blazed for us all.

Having already brought home an Oscar for his performance in The Pianist, Brody has a monopoly on all floppy-haired-hooked-nose characters, making him the perfect doppelganger for Sagan.