6 Gory Horror Films: Why They Did (or Did Not) Work 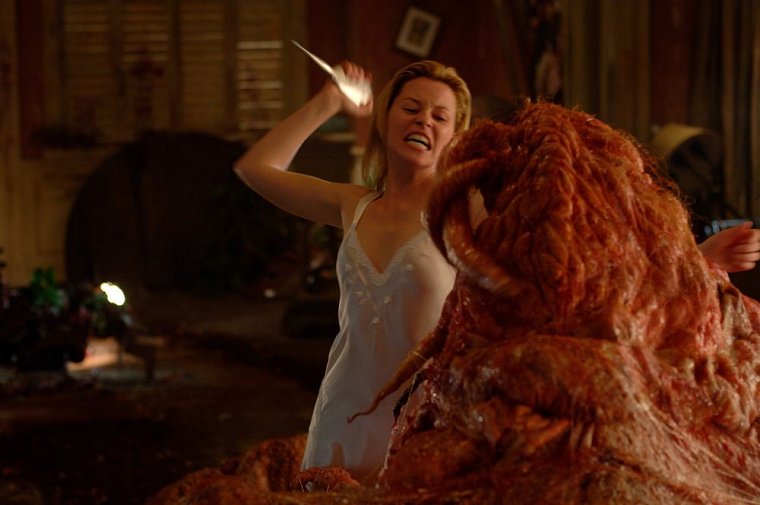 Gore has always been a part of horror films. It has a long history reaching back to a time when violence couldn’t be shown outright and movie directors had to come up with creative and colorful ways to suggest bloodshed and violence without actually showing it on screen. The most classic and obvious example of this is seen in the 1960s film, Psycho, in the shower scene where the female protagonist is stabbed to death. We see the knife, we see her shadow and her shoulders, but we don’t see her naked body. And despite the blood shown at the base of the water flow, we don’t actually ever see her get stabbed. However the music, in combination with motions of violence and screams of fear are almost more effective in how it suggests violence than seeing the actual crime.

This is a tough balance to strike with more modern regulations on movies, where, depending on ratings, films can be basically as gruesome as they want. This allowance is a dangerous pitfall that some horror movie makers drop into and torpedo terrible films out of. It’s an important but sometimes difficult distinction to make for a director: finding where gore and violence are useful in building the atmosphere and art of a movie, while adding in plot and atmosphere so that trepidation builds subtly. Only then can those bloody scenes have full impact when they are introduced. Let’s take a look at three movies that did it right, and three movies that lack quality despite all the blood poured into them.

Nightmare On Elm Street is one of those older movies that makes use of vastly creative ways to portray special effects, something explained by the dream sequences so many of these gory events are occurring during. While some of the effects are, even for that time period, intentionally over-the-top and almost silly — one girl gets sucked dry, another teen explodes — it’s done in an artistic and intentional way that both undercuts some of the scary aspects of the film to give it a playful edge, yet retains a scare factor largely because of concept and execution.

The Saw films are not subtle. They are not works of art, and they are not, arguably, good movies. But what they are is self-aware. Their sole purpose is to set up horrifying hypotheticals and then send them off into viewers imaginations with as much gruesomeness as possible, in the hopes that it’s all watchers can see. Yes there’s a gratuitous amount of fake blood and violent deaths and people screaming in horror at graphic mutilations, but you know it’s an effective strategy for a film because it’s the moments before the violence takes place that are most terrible for the viewer. The question isn’t whether this is tactful or artistic, but rather whether it is effective, and given the long run the franchise has had, you have to give it success by some measure or it wouldn’t have survive so long.

The Shining has it’s fair share of blood and gore, whether you look at the elevator scene, or the one in the bathtub. But those scenes are well placed crescendos to a story that eases its way forward toward terror and is all the more effective for it. Jack Nicholson is probably more terrifying than the most gruesome scene in the film, which also demonstrates how strong acting and the human mind can in itself be more terrifying than even an entire hall full of blood — which is admittedly also creepy.

4. House of a Thousand Corpses

House of a Thousand Corpses is the ideal choice out of the infamous Rob Zombie’s films for failed gore. There reaches a point where another fetus in a bottle, sliced neck, or rape scene, is just gratuitous and fails to move a story along. Most people also have a threshold for horror, so dolloping on more dead baby and cannibalism can’t push it further than it already reaches halfway through the movie. That’s why it’s important to use at least some amount of thinking in writing and directing a movie, even one whose title suggests nothing but gruesomeness to follow.

This movie isn’t bad because it’s overly gory, it’s bad because it’s gross but elicits a laugh in its ridiculousness. The genre gets confused time and time again. In point of fact, it might be arguable that this movie is actually good; it references a number of old horror movie tropes and then basically injects them with CGI steroids of the most disgusting variety. But the fact remains, in terms of being able to bring about fear simply by being disgusting, the film eventually hits a point of hilarity and eye rolling.

Paranormal Activity is proof that people will scream in terror when a sugar bowl falls off a shelf if you build the story properly. And in that respect, the film series is a good example of strong suspense building. But the problem with the movie is that by the time the monsters actually show their face and some real destruction is wrought, the audience is more afraid of the idea of the supernatural than any of the weak and poorly executed gore introduced.