Today, it’s actually kind of hard to shock audiences who are accustomed to seeing sex and violence depicted in entertainment. So when did these barriers first get broken down and lead us to the more relaxed industry we know today? These six movie scenes broke longstanding taboos in the film industry, causing moviegoers’ jaws to drop, and in some cases, inspiring loads of hate mail.

1. Island in the Sun depicted the first interracial kiss

The 1957 movie is one of the first Hollywood productions featuring interracial relationships. It’s set on a fictional Caribbean island where a black politician (Harry Belafonte) gets romantically involved with a white woman (Joan Fontaine). The relationship ends up conflicting with his political aspirations. There is also a black female clerk (Dorothy Dandridge) who falls for a white governor’s aide (John Justin), and the couple shares a groundbreaking kiss. The original Star Trek series later became the first show to break this taboo on television, when Captain Kirk and Lt. Uhura (William Shatner and Nichelle Nichols, respectively) shared an onscreen kiss.

According to IMDb, Joan Fontaine, who plays the politician’s love interest, got a lot of hate mail for the movie that contained dimes and quarters. Some read “If you’re so hard up that you have to work with a ******…” — and all of them seemed to be tied to some type of organization. 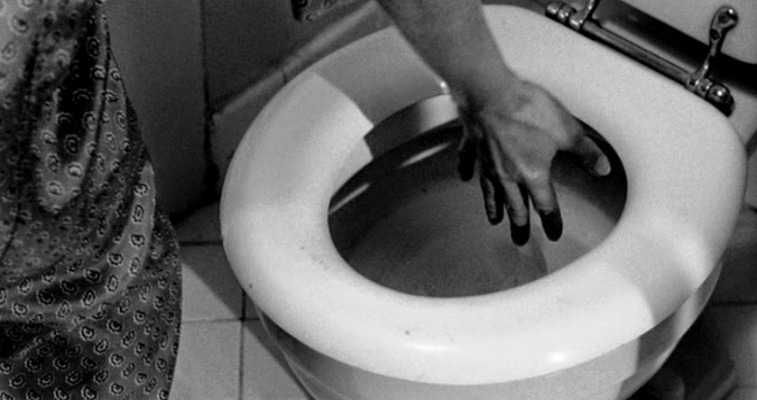 The 1960 Alfred Hitchcock-directed movie is widely respected and was nominated for four Oscars. It shows the aftermath of a secretary going mysteriously missing after she stayed in a motel owned by Norman Bates. Although many people are familiar with the twist ending, they probably don’t know the movie was the first to show a flushing toilet onscreen.

According to IMDb, Joseph Stefano wanted to include this scene in order to add realism in the movie. Hitchcock encouraged him and he ended up writing in Marion flushing paper down the toilet.

3. Gone With the Wind was the first to use a curse word 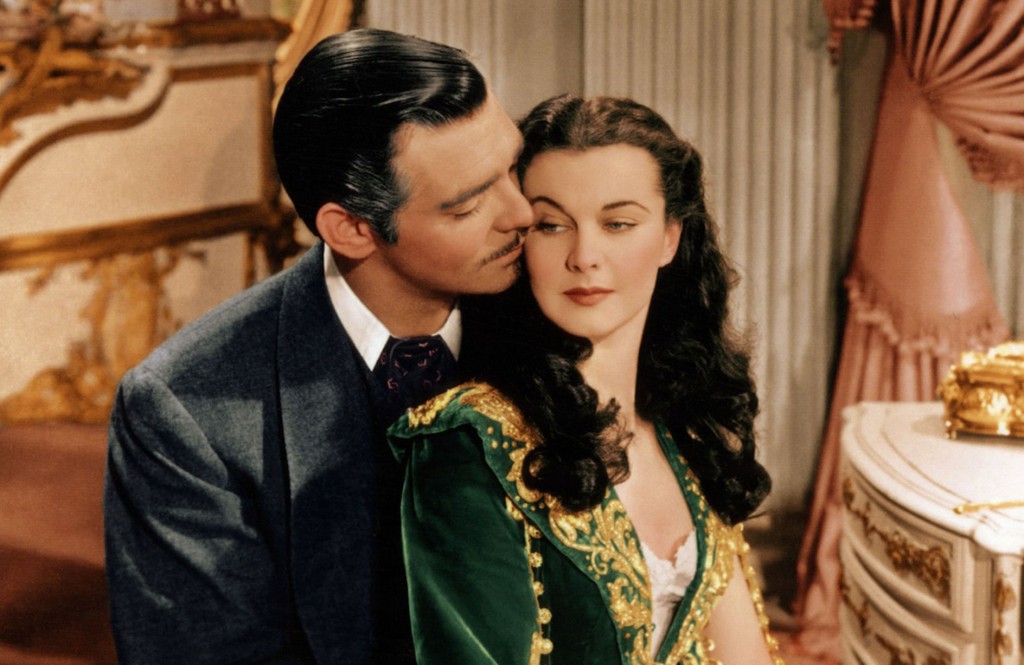 The iconic movie shows the manipulative Scarlett falling in love with a blockade runner during the American Civil War. It won eight Oscars and many people are still able to quote it from memory. But many people probably forgot that one of its most famous quotes was taboo breaking! “Frankly, my dear, I don’t give a damn!” The line was shocking because of the use of “damn,” which was much more daring back then.

To defend the use of the word, according to Today producer David O. Selznick told regulators, “It is my contention that this word as used in the picture is not an oath or a curse. The worst that could be said of it is that it’s a vulgarism.”

4. Carnal Knowledge was the first to show a condom 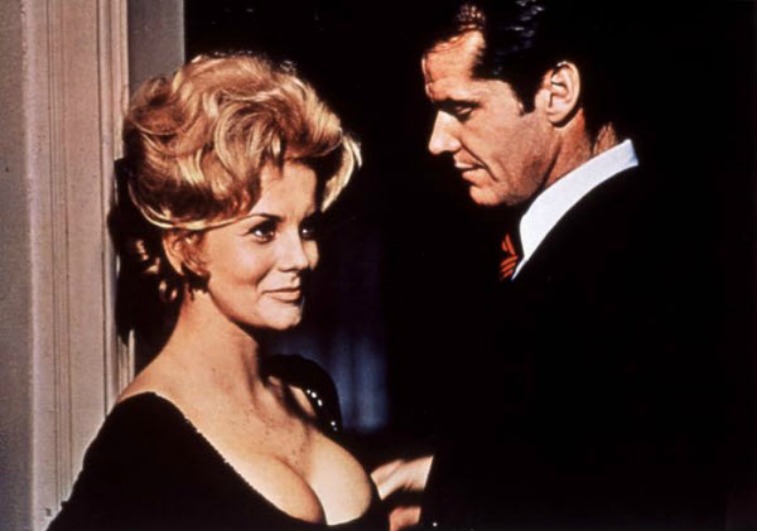 The movie follows the sex lives of two best friends and college roommates, Sandy (Art Garfunkel) and Johnathan (Jack Nicholson), who eventually get caught up in a love triangle. The sexy 1971 movie  was the first to actually show a condom on screen when Sandy takes out a condom while in bed with Susan.

5. Hypocrites was the first to show full frontal female nudity 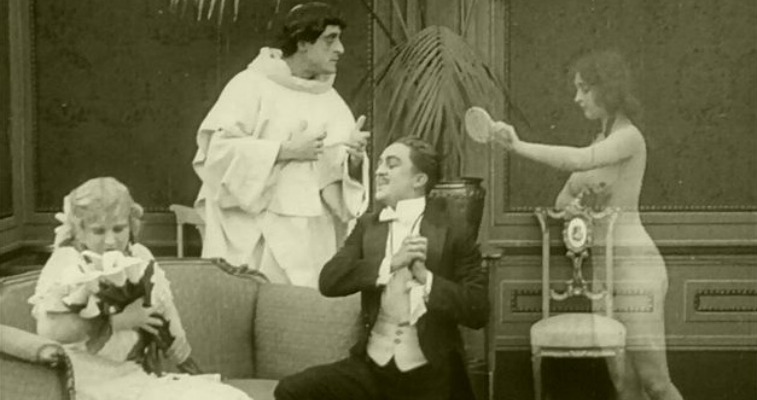 The 1915 film showed the parallels of a modern preacher and a medieval monk who was killed by a mob for making a nude statue representing Truth. The preacher has a dream where Truth is a naked woman and she shows all of the hypocrites in the preacher’s congregation. The full frontal nudity led to riots at the film’s release and the Boston mayor tried to get clothes painted on her somehow according to The Frisky. 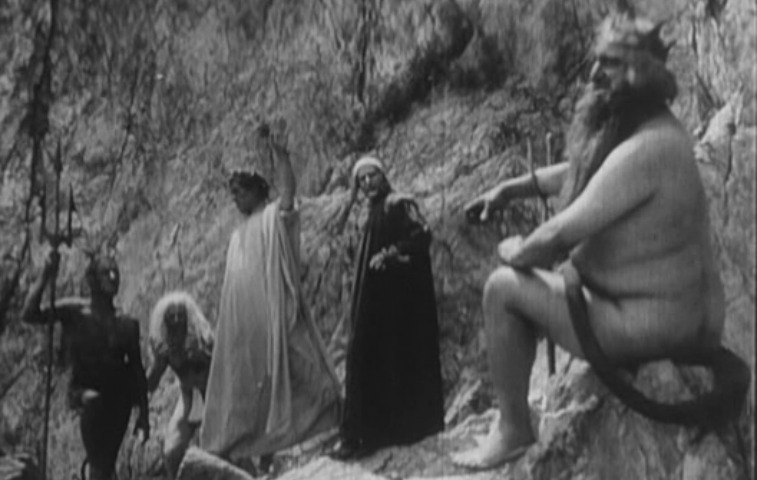 The 1911 movie adapted Dante’s Divine Comedy wherein he goes to the light of salvation but is barred by wild beasts. “The People’s Almanac Guide to the 20th Century” cites this movie as the first to showcase male front nudity. However, it definitely didn’t become a regular thing. The first mainstream movie with male frontal nudity wasn’t until 1969 with Women in Love and Medium Cool.