6 Movies You Have to Watch Twice to Understand

There are some movies that take several viewings to get a full appreciation of, and there are some movies that it seems like you need to re-watch to understand what happened in them at all. The following films are complicated, surprising, bizarre, and contain plot twists that might necessitate a second viewing for you to get. Whether the ending results in a hailstorm of frogs, a dream within a dream within a dream, or the most compelling character abruptly disappearing, you’re left feeling like you might get it if you watched it again. [Just a warning: There are spoilers ahead.]

This film follows a character who becomes afflicted with anterograde amnesia after a fight with the men responsible for strangling his wife to death. He kills one of the men and the other man escapes. When he realizes he has lost the ability to retain short term memories, he begins an incredibly complicated process that he believes will help him track down the other killer despite his memory loss. This includes a series of notes, photographs, and tattoos that form a complicated web of clues he must follow and reinterpret every time his memory wipes. Christopher Nolan and his brother Jonathan made the film in a way that makes the audience as confused as the protagonist.

Two different timelines are presented, one in color and one in black-and-white, and these two timelines move through time differently. The two sequences are alternated, with the color ones shown forward and ordered in reverse while the black-and-white ones are in chronological order. Throughout the viewer wonders whether the protagonist, played by Guy Pearce, has performed all these tasks before and just doesn’t remember, or if he’s committing some terrible flaw by forgetting a key part of what happened. By the end of the movie, the two different narratives meet up and produce a cohesive whole. By watching this movie more than once, you can start to hone in on the clues that lead up to the ending and form your own theories about the unraveling labyrinth of a mystery. 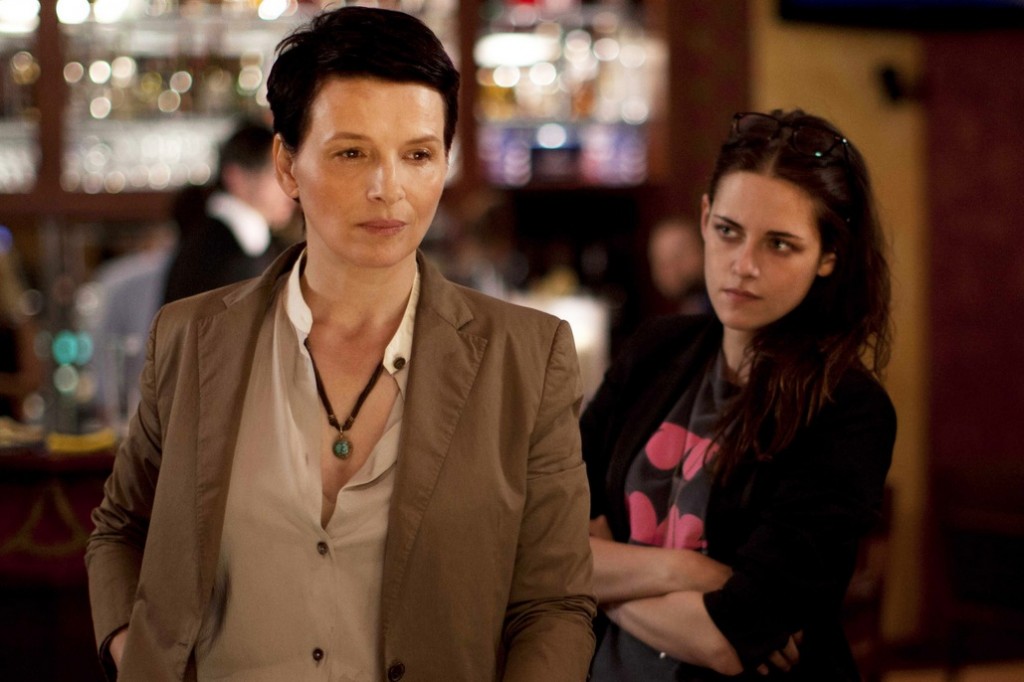 This drama from French director Olivier Assayas has been lauded for the strong performances from the three female leads Juliette Binoche, Kristen Stewart, and Chloe Grace Moretz. The movie portrays an incredibly complicated relationship a famous aging actress, played by Binoche, has with the public, herself, acting, and her personal assistant played by Stewart. The actress and her assistant decamp to a tiny town in the Swiss Alps called Sils Maria so that she can prepare for a role in the play that made her famous. The twist is that she’s now to play the older character, while a young starlet (Moretz) is doing the role of the manipulative and sexy young part that had made her famous twenty year prior.

The reason this takes multiple viewings is that while running lines, the border between the play and reality becomes blurred as the relationship between Binoche and Stewart begins to mimic the events in the play. It becomes difficult as an audience member to tell when they’re reading from the script and when they’re breaking from it to speak to each other. Then, at the climax of the film when the pair hike up a mountain to see the famed Maloja Snake weather phenomenon from which the play takes its title, Stewart’s character mysteriously disappears. What happens to her is never explained, though watching the film again can help you formulate a theory about what happened to her and why Assayas chose to make the most compelling character in the movie — Stewart became the first American actor ever to win the French Cesar award for her performance — vanish from the film. 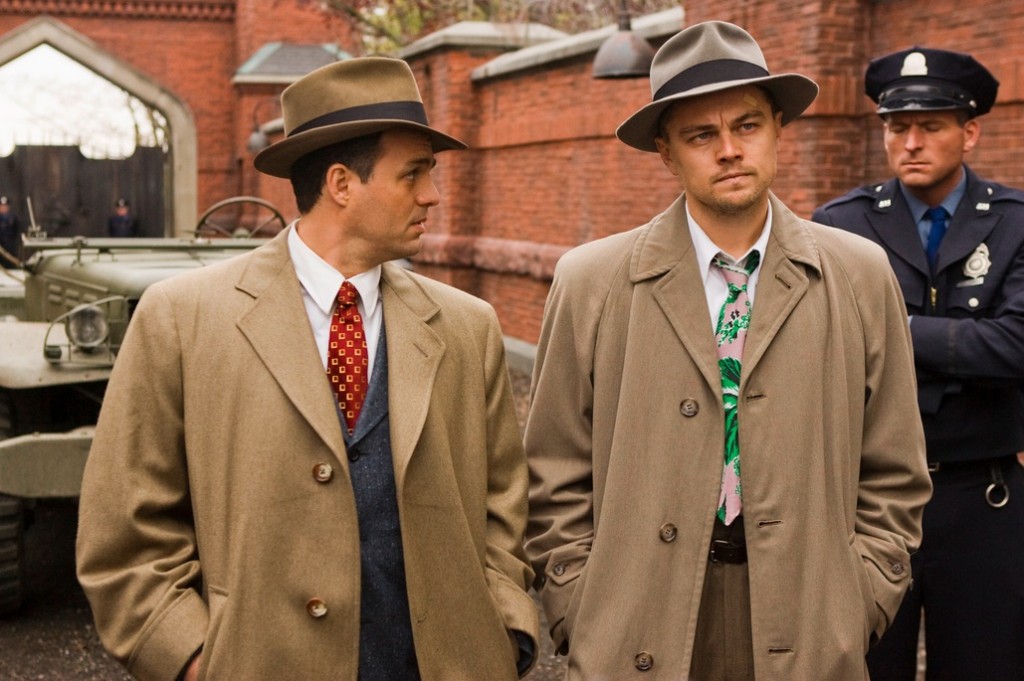 The first of two Leonardo DiCaprio films on this list, this is a case of is he insane or isn’t he insane. The Scorsese thriller seems at first to be about a U.S. Marshall investigating a super creepy insane asylum called Ashecliffe Hospital on New England’s Shutter Island. DiCaprio’s character and his partner are supposed to be investigating the place over the disappearance of one of the patients, a woman who drowned three of her children and now has gone missing. The staff of the hospital is confrontational and won’t aid in their investigation. Soon DiCaprio begins to show signs that he might not be quite well in the head, having dreams about his role in WWII liberating prisoners at Dachau and of his wife’s murder by an arsonist, who could be on the island as well.

It is eventually revealed that DiCaprio’s character is himself an insane patient at the hospital, in fact their worst and most dangerous one. The doctors have spent the past few days allowing him to live out his paranoid fantasies in a final attempt at radical treatment before resorting to lobotomy. It turns out he’s the one who murdered his manic depressive wife after she drowned their children. He’s been in the hospital for years, with the doctors finding no way to cure his insanity and him quickly regressing every time they make progress. This role play was his last chance before lobotomization.

The real twist here is that after DiCaprio’s character recognizes all these things and seems to be heading towards reform, he regresses yet again and begins referring to the doctor by the name of his Marshall partner. When he’s about to be taken away, he says “Which would be worse? To live as a monster, or die as a good man?”. Many think this means he is faking these paranoid episodes so he can essentially be put to death rather than live as a man who killed his wife. Watching this one more than once will help you see the clues about the protagonist’s insanity, such as the anagrams between the names of his wife and the disappeared patient, as well as the arsonist and the protagonist. Another Christopher Nolan film for the list, this movie is about a group of specialists who have the ability to enter other people’s dreams and commit corporate espionage by implanting ideas into their subconscious, among other tasks. DiCaprio uses his ability to perform shared dreaming in order to enter people’s dreams and extract information from them. This is a dangerous and exciting activity that requires great self-control over one’s own subconscious. Nolan ends up making this idea even more complicated than it probably already sounds to anyone who hasn’t seen the movie, with the ensemble cast tasked with performing an extremely difficult operation that causes them to go several layers deep into dreams within dreams within dreams.

They all face the possibility of getting confused and never returning to the “real” world, which becomes difficult for the audience to distinguish as well. Since they must perform this task under the influence of powerful sedatives, they could die within the dream and enter “Limbo,” a psychic space from which they will probably never wake up. The great cast including Marion Cotillard, Ellen Page, Joseph Gordon-Levitt, Tom Hardy, and Michael Caine certainly make this worth watching, but you might have to do so a couple times to get the complicated premise Nolan has set up.

Magnolia is a quite inscrutable movie from the beginning, with a variety of intersecting plots to keep straight in the quickly moving film it’s hard not to feel like you’ve missed something crucial from the get-go. Paul Thomas Anderson’s 1999 drama received acclaim for the performances he coaxed out of the large ensemble cast including Tom Cruise, Julianne Moore, and Philip Seymour Hoffman, but the plot is so fast and so complicated it takes multiple viewings to grasp how all the characters are connected and where their (sometimes bizarre) motivations come from. All the complications and connections in the characters’s lives suggest that everyone is connected by something beyond simple fate or coincidence, or perhaps that coincidence has more meaning than most people ascribe to it.

The infamously confusing part of this movie comes at the very end, when all the storylines reach their climaxes and the sky over San Fernando where the film is set begins raining frogs like a Biblical plague. The scene is kind of disgusting, as frog bodies splat all over the ground, cause car accidents, and break through windows. The characters are completely befuddled, but the event somehow spurs them to make necessary changes in their unraveling lives. The raining frogs scene references the book of Exodus and the works of Charles Fort, an author from the 1920s and ‘30s who wrote about unexplained natural phenomena. Still, the raining frogs ending leaves many scratching their heads over what exactly PTA is trying to saying at the conclusion of this one. 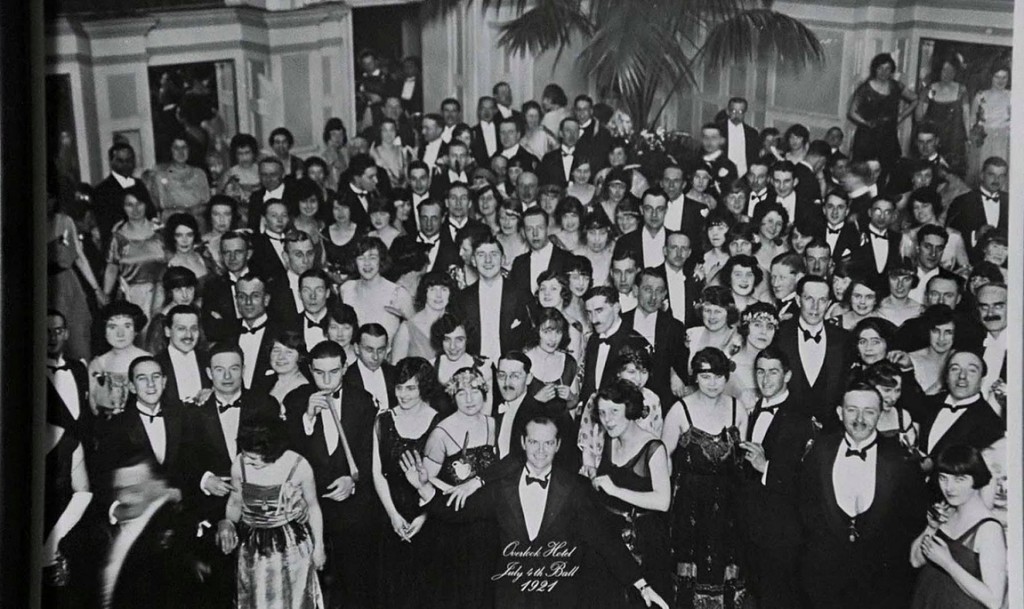 This horror movie classic has a lot of secret stuff hidden in it. So much that there have been books and documentaries made about the amount of complicated, creepy images and references Stanley Kubrick put into the Stephen King adaptation. You could watch this a dozen times and still not make all the connections and see all the hidden stuff in the movie. The film is full of impossible rooms, ghosts that could be real or could be hallucinations, and questions about everyone’s sanity. Kubrick makes you want to watch the movie again as soon as it’s over by saving the biggest twist for the end.

After Jack’s death you think the film is going to have a cut and dry ending, but then the camera zooms in on a photo from the hotel dated July 4, 1921 where we clearly see Jack celebrating with the other guests. How was Jack at the hotel in 1921? There are two popular theories, one that he was reincarnated from the hotel guest in the 1921 photo, destined to return to the hotel and live out his grisly fate in the present day of the film. The other theory is that when he died the hotel absorbed his soul and sealed him into the building through the photo. It takes multiple viewings of the movie to come to your own conclusion and be reminded of things like the butler saying, “you’ve always been the caretaker,” a comment that just seems strange and creepy upon the first viewing but after watching the movie again makes you realize that maybe Jack is the hotel caretaker from 1921 in the old photo.