The world of video games is full of things publishers aren’t ready to announce to the public yet. Unfortunately for them, they can’t stop the rumor mill from churning. This week we’ve uncovered a handful of rumors and leaks that have a good chance of being true. Whether you’re interested in sequels to popular games, cryptic announcements about hedgehogs, or the future of a beloved Sony masco, we’ve got you covered.

So follow along as we dig up all the dirt we can find to see what may lie ahead in the world of video games.

1. What is Dead Island Retro Revenge?

Dead Island 2 was supposed to come out in 2015, but has been delayed to sometime this year. So it came as a surprise when both the Australian and Brazilian video game rating boards listed an unannounced Dead Island game that wasn’t the upcoming sequel. It’s called Dead Island Retro Revenge, and it features “bloody violence” and “online interactivity.”

Lots of leaks are questionable, but this one is almost certainly true, seeing as it comes independently from two trusted sources. The game is apparently coming to Xbox One, PlayStation 4, and PC. When it will come out (or even be announced) is anyone’s guess. But since it’s already being rated, we can expect to hear more within the next couple of months.

When it was first announced, Knack looked like a promising beat-‘em-up game that was set to launch alongside the PlayStation 4. When it came out, it quickly became clear that it wouldn’t live up to its potential, thanks to repetitive gameplay and claustrophobic levels.

That description might not make a sequel seem very likely, but according to a developer’s LinkedIn profile, spotted by a NeoGAF member, Knack 2 has been in development since May 2015. The game maker in question was apparently responsible for “animated 3D characters motions and cutscenes for the PS4 system” (sic).

It would be somewhat surprising to see such a mediocre game get a sequel, but it certainly isn’t out of the question. The game’s premise has promise, so if they can get it right the second time around, it could be a fine PS4 exclusive. That said, the game showing up on a random LinkedIn profile is hardly proof of its existence.

3. Will Titanfall 2 have a single-player campaign?

Pop quiz: What do Titanfall, Evolve, and Rainbow Six: Siege have in common? Two things, actually. For one, they’re all online shooters that ditched single-player campaigns in favor of a pure multiplayer experience. Another is that they didn’t do as well as their publishers would have liked.

That means changes will be made for any of the games’ sequels. In the case of Titanfall 2, the developers are bringing the previously Xbox exclusive series to PlayStation 4 as well this time around. And if a recent Forbes article is correct, the game will come with a true single-player campaign as well. No release date has been set, but you can expect to see Titanfall 2 sometime in fall 2016 or spring 2017.

4. Is Crash Bandicoot coming back?

Rumors and hints have been pointing toward a second coming for former PlayStation mascot Crash Bandicoot for a while. In December, PlayStation boss Shawn Layden wore a Crash Bandicoot t-shirt during a presentation, which could be construed as a hint toward a future release. On February 6, the official PlayStation Middle East Twitter account posted a picture of the orange fur-ball with the words “Most wanted person … where are you Crash?”

Finally, just last week, a spokesperson for a toy company made an offhand remark about the character coming back in some form or other, though a representative for the company told GameSpot that the comments were “misunderstood.” Despite the last hint’s apparent retraction, there sure seems to be a lot of Bandicoot-smelling smoke lately. If you buy into the concept of “where there’s smoke there’s fire,” you might want to keep an eye out for a Crash Bandicoot announcement sometime this year. Then again, these hints could just be a coincidence.

5. Is a big Sonic announcement coming? 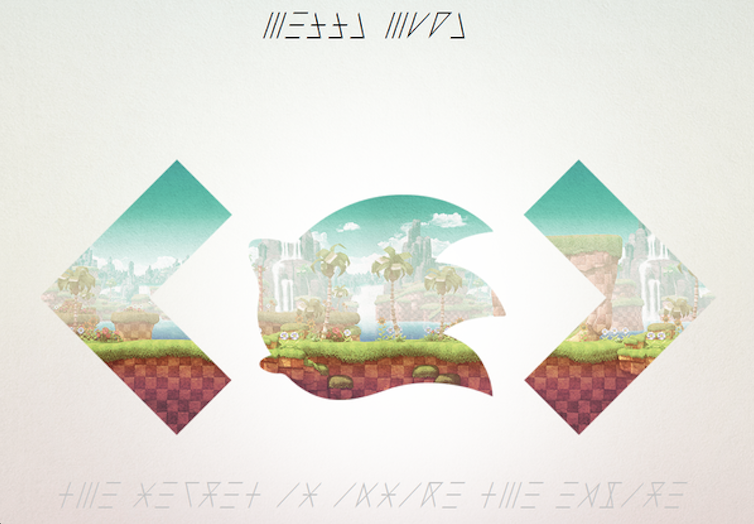 The official Sonic the Hedgehog Twitter account recently posted a cryptic tweet that hints at a mystery spanning both the video game and music industries. The tweet in question involves the image above, which is festooned with runes that seem to be a code.

Reddit went to work on the decryption and, after much discussion and several leaps of logic, came up with … something. You can read a full rundown of the results here on Destructoid, but the gist is that there could be a big Sonic announcement coming on April 1, 2016. Yes, that would be April Fool’s Day, in case you thought this story couldn’t get any stranger.

6. Is the Picross 3D sequel coming to the West?

Picross 3D is a fantastically addictive puzzle game for Nintendo DS that involves following numerical clues to chip blocks off of a cube. If you complete a puzzle correctly, you end up with a recognizable three-dimensional figure.

Japan got a sequel to Picross 3D last year, but there’s been no official word that the game would come to the U.S. and Europe. If a post on Nintendo Everything is correct, Picross 3D: Round 2 is indeed coming to the West — or at least to Europe. The apparent leak comes from the German video game ratings board, so it’s probably true. Now we can only hope the game makes its way to American shores as well.