6 of the Greatest Movie Robots of All Time

We’ve been making movies about robots since cinema’s very first sci-fi movie, Metropolis. Whether it’s their cold, calculated demeanor, or the image of a future where we become their slaves, for whatever reason we’ve been fascinated with the idea for decades now. With several recently released movies about robots, such as Chappie and Ex Machina, we thought this would be the perfect time to go back and pick our favorite robots of cinema. It’s an elite list full of only the most charming of semi-sentient machines, all accomplishing varying levels of intelligence and humanity. While some newer models are mixed with the classics, it still goes to show that until we create actual androids, movies are all we’ll have.

For decades now, HAL 9000 has been everyone’s favorite homicidal robot, becoming iconic enough to the extent to where Siri will recite “Bicycle Built for Two” if you ask her to sing a song. He may not be as cuddly as the Iron Giant, but he’ll still go down in film history as the godfather of all robots that slowly go insane and turn on their human masters. Combine it with the fact that 2001: A Space Odyssey is one of the greatest movies ever made and you have a recipe for robotic greatness. 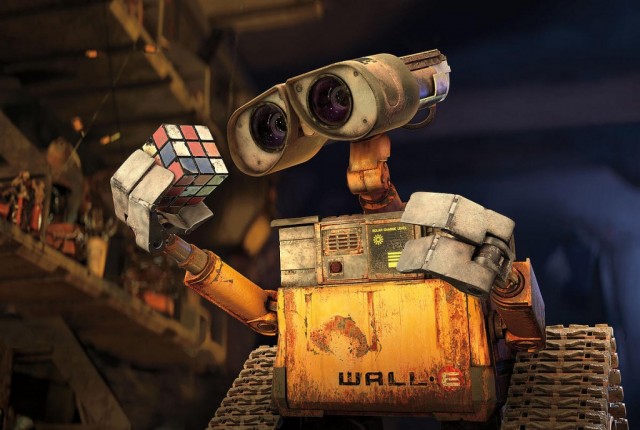 Pixar took a risk having WALL-E go 22 minutes before its first bit of dialogue, but in the end it worked beautifully. This of course is a testament to the fact that the title robot of the film is so interesting that we can watch him wander around picking up garbage for 20-plus minutes and still be entertained. Once his robotic romantic subplot kicks into high gear, we can’t help but root for the little guy as he goes all the way to space and back for the ladybot he loves and adores. 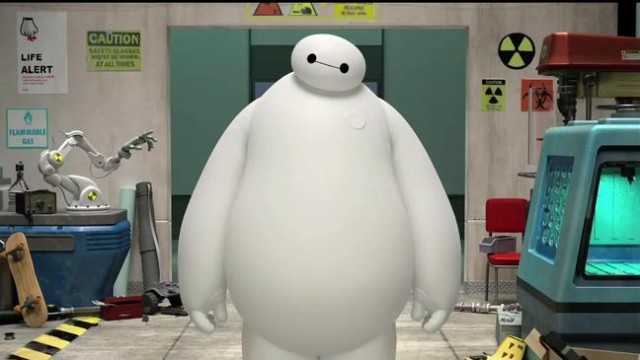 A more recent selection, Baymax’s affable demeanor as the world’s first nursebot gives him a well-earned place on our list. From his huggable exterior to his ability to rocket punch any villain who stands in his way, he’s equal parts superhero and fluffy companion. In a movie that deals largely in how we cope with the death and loss of loved ones, he’s a necessary ray of sunshine that keeps children in the audience from crying for too long before they can laugh again as Baymax ambles away from danger observing the obvious fact that “I am not fast.”

It may be considered cheating having two robots in a single listing, but we’d be remiss in not grouping the iconic Star Wars droids together. C3P0 and R2-D2 have made for one of the most recognized and charismatic duos in all of sci-fi, more often than not having their side quests end up being the most entertaining sequences in the Star Wars saga. Unlike many of their compatriots on this list, they’re known less for their propensity for accidental destruction and more for their ability to crack wise.

The distinction between Arnold Schwarzenegger’s cyborg from the first Terminator installment and the sequel is important to make. The first edition was a murderous robot intent on taking out an innocent woman destined to give birth to the savior of humanity. For the sake of this list, we’re glorifying Judgment Day‘s T-800 that attempted to save that same woman and her son. Arnold may very well have peaked with his performance as the no-nonsense destruction machine from the future, but his role will always be remembered for his monotone catch phrases and his thumbs-up exit (pictured above).