6 of the Craziest Animated TV Shows Not Meant for Kids 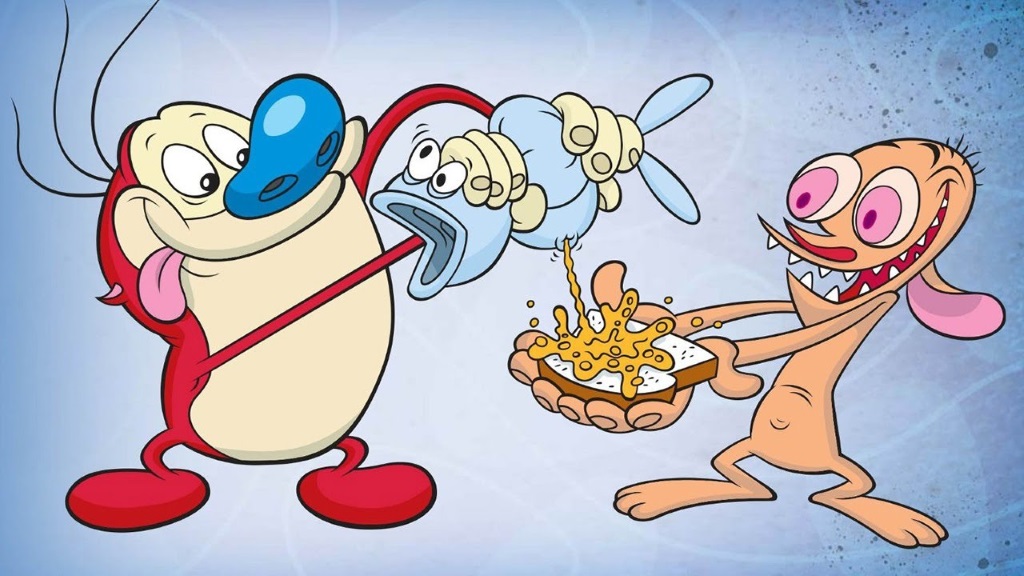 Animation has long been an art form used to entertain children, and for good reason. It’s far easier (and usually far cheaper) to depict a fantasy universe with whimsical characters in a cartoon than it is for a live action flick. Ever since the first days of Disney, it’s been the preferred method for distracting the kids long enough for parents to get some peace and quiet. But it’s not all Mickey Mouse and playful animals. Some creative minds have taken what’s traditionally been a medium for kids and made it something far more brilliantly demented.

Some masquerade as shows for children while carrying some decidedly adult theming. Others are simply for grown-up eyes only and feature things that anyone under a certain age should never see. What they all have in common is that they go far beyond what animation used to be.

Rocko’s Modern Life came about during the golden age of Nickelodeon cartoons, and may very well have been their best cartoon in a long line of greats. Episodes with homages to Alfred Hitchcock’s Psycho, explorations of hell itself, and one where Heffer the Cow’s adoptive wolf parents try to eat him alive all make up some of the more less-than-typical offerings of the show. Your parents may have allowed you to watch this one back in the early ’90s, but with hindsight at 20/20, it’s hard to believe this was on a network that now features shows like iCarly. We can look back with absolute certainty that Rocko’s Modern Life was beautifully twisted and very much not for children.

Airing on FX, Archer was pretty clearly never meant for a younger audience from day one. Featuring the voice talent of H. Jon Benjamin as the title superspy, its adult themes include everything from copious drinking to foul language, getting a fair amount of leeway as a result of it belonging to a cable network. Its rare brand of humor is widely regarded as some of the most clever for a comedy on TV today, and its pop-art-esque animation style is really the only one of its kind.

Any conversation about truly demented cartoons wouldn’t be complete without mentioning Dan Harmon’s Adult Swim show Rick and Morty. The basic premise seems simple enough: A mad scientist named Rick takes his grandson Morty on all manner of crazy adventures. But it only gets crazier from there. Rick is something of a heavy drinker, and constantly puts Morty in danger. A typical effort will usually have the duo ending up in any number of psychotic alternate dimensions that look like something straight out of a Hunter S. Thompson novel. It truly must be seen to be believed. It can be watched in its entirety (11 episodes) on the network’s website.

Adventure Time has very quickly made itself into a cult favorite among adults and children alike, containing enough elements to keep both audiences plenty entertained. On one end of the age demographic, it’s a show featuring a fair share of whimsy, harmless hijinks, and characters with names like “Lumpy Space Princess.” On the other end, Pendleton Ward’s brainchild is deeply twisted and dark. The fantasy land it’s set in is hinted at being a post-nuclear wasteland. The Sundial is particularly skeptical of its status as a kids’ program despite its airing during Cartoon Network’s primetime hours, noting that “when post-apocalyptic death and peril become increasingly recurring themes, it might be appropriate to reevaluate its suitability for those whose age doesn’t surpass the number of episodes in a season.”

Animaniacs was very much intended to be a kids show on the now defunct WB network, but quickly evolved into something far more different. It starred the “Warner brothers (and sister),” three nondescript creatures that often found themselves getting into trouble around a cartoon version of the Warner studio lot. In the midst of this, though, was a bevy of dialogue that included sexual innuendo, lewd references, and jokes that literally winked at a partially adult audience. It went off-air after an almost five-year run, and for its time was one of the most-watched cartoons on television.

Back in the early ’90s, Ren & Stimpy was less a TV show and more a 30-minute fever dream. Two decades after it’s off the air, people still look back on it as the most subversive cartoon ever on television. It explored the themes of what truly makes society insane, in the form of a show that many parents actually wouldn’t allow their kids to go anywhere near until they were older. Splitsider goes into depth about the true genius contained within the show:

Ren and Stimpy taps into the timelessly unnerving fear that even in our ordinary lives we constantly suppress a frothy brew of cruelty, sadism, jealousy, and bodily smells. In other words, we’re all pretty freaked out just beneath the surface.

All this definitely represents some pretty heavy themes for a program that appears on the surface to be catered toward children. In the end though, what we got was pure, unadulterated crazy in the best possible way.