6 Reasons ‘Fallout 4′ Is Worth Every Bottlecap

For diehard fans, the Fallout series isn’t just a game. It’s a way of life. You make your way through the nuclear war-ravaged wasteland, either pursuing missions or exploring on your own to see what’s around the next corner. Bethesda has cooked up so many stories big and small and scattered them throughout the environment that you’re sure to happen upon something interesting if you keep your eyes open.

I fell hard for Fallout 3. Its version of post-apocalyptic D.C. had a magnetic appeal, and its open world drew me in more than just about any game had before. But now open-world games are a dime a dozen. With series like Dragon Age, Far Cry, The Elder Scrolls, Grand Theft Auto, The Witcher, Assassin’s Creed, and many more, I had wondered if a new installment of Fallout would still have the same special appeal as 3.

After spending many hours roaming the Commonwealth wasteland, I can assure you that the same appeal is there in spades. Here are 6 reasons to buy Fallout 4. 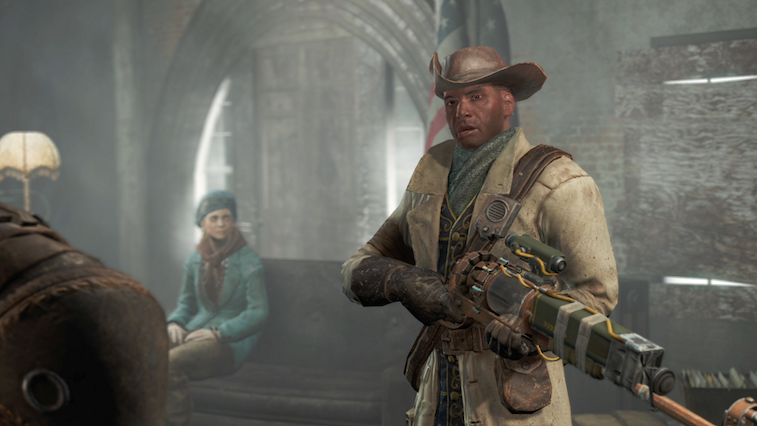 One thing that held back Fallout 3 and New Vegas on a story level was that the main characters didn’t speak. You’d select the text you wanted them to say from a list, and the person you were talking to would react as though your character had spoken the words.

In Fallout 4 you do have a voice, and it adds tons of personality to your character. Instead of selecting full sentences, you pick from choices like “Sarcasm,” “Yes,” and “No,” and your character turns that sentiment into natural conversation. It’s exactly how Mass Effect handles dialog, and it’s a big improvement for the series.

Now that your character has lines to deliver, the camera has a reason to come out of the first-person view during dialog. It might seem like it would be jarring to switch viewpoints, but it’s not. Conversations feel much more natural in this game than in previous ones. Instead of staring awkwardly at the face of the person you’re talking to for the entire conversation, the game treats conversations the way a TV show or movie does. It’s a dramatic improvement. 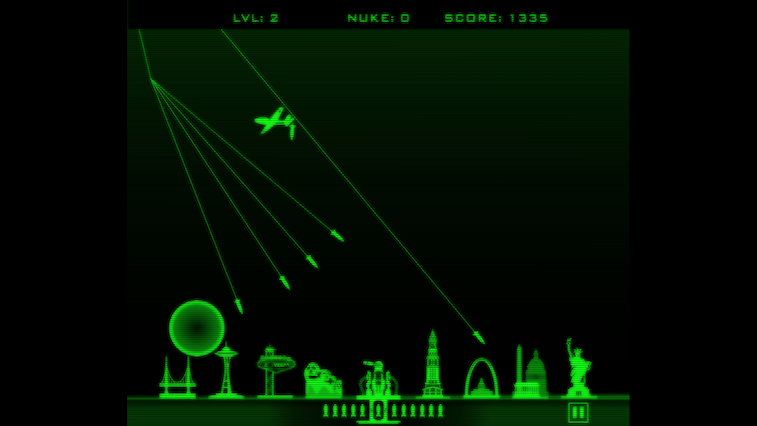 Companion apps to major video games are nothing new, but the Pip-Boy app is particularly inspired. If you’re playing the game, it connects to your PC or console and can act just like the in-game Pip-Boy, letting you switch weapons and armor or use items in real time.

When you’re not playing Fallout 4, you can use the app to play the retro games found around the Commonwealth. These arcade-style games are clearly inspired by classics like Donkey Kong and Missile Command, but they’re tons of fun to play on your phone.

Using the “Vault-Tec Assisted Targeting System” was all but required in Fallout 3 and New Vegas because the standard shooting mechanics were pretty bad on their own. V.A.T.S. let you pause the action to aim at whatever body part of the enemy you wanted to target. When you pressed “Go” your character would then take the shots you had lined up while the game was paused.

Combat in Fallout 4 is a little different. For one thing, the shooting mechanics have been much improved, so you don’t need to use V.A.T.S. nearly as often. But when you do, instead of pausing the game, it slows it down. That means enemies will still shoot or rush at you as you line up your shots. This makes the combat tougher in Fallout 4, but also more frantic. You never really get a break from it like you did in the previous games.

Character models in Bethesda games have never been a strong suit, but gorgeous, wide-open environments are where the company excels. The same holds true in Fallout 4. Even though the world is devastated by nuclear war, the ruined landscapes and vistas look gorgeous. There’s much more color this time around, with blue skies and orange sunsets, which is a much-appreciated change from the previous games. It makes you want to get out there and explore.

It’s clear that Bethesda has taken a close look at just about every aspect of Fallout and improved many small things. Now your rad level isn’t just another vague status bar; it’s been tied directly into your health, blocking you from filling up your HP until you use RadAway. Looting enemies is seamless this time around, so you don’t need to go into a special inventory screen to do it. You can also sprint this time around, but you won’t want to overdo it, because sprinting uses AP, which is needed to go into V.A.T.S. mode. On top of that, your weapons no longer deteriorate, so you don’t have to waste your carry capacity by holding onto multiple versions of the weapons you use the most.

Fallout 4 isn’t drastically different from its predecessors, but it didn’t have to be. Just about every change Bethesda has brought to the series is for the better. In general, it’s great to be back in the Wasteland.

See my other article for problems with Fallout 4.