6 Unforgettable TV and Movie Battles From ‘GoT’ to ‘Star Wars’

Ever since we first developed the ability to show real scope and action in movies, we’ve been portraying war in all forms. But no action or fantasy epic would be complete without a sweeping battle scene. Some involve CGI soldiers numbering in the millions, while others still choose to focus more on individual fights. What they all have in common, though, is that more often than not they’re unforgettable moments in cinema. They represent the major resolution (or downfall) in any story, culminating in us finally knowing the outcome of conflict brewing for hours.

In honor of this, let’s step back and take a look at some of the most iconic and well-made battle scenes from some of our favorite movies and TV shows.

1. Lord of the Rings: The Two Towers – The Battle of Helm’s Deep 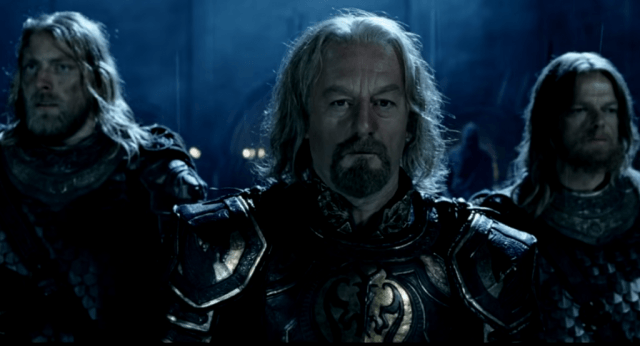 A truly iconic battle scene will always have three elements: high stakes, characters you want to live, and visually legible action sequences. At the Battle of Helm’s Deep in The Two Towers, we get all three of those in spades. We have a swathe of main characters whose lives hang in the balance along with the stakes of women and children hiding behind the walls of an under-siege fortress, and you never feel as though you don’t know what’s going on.

It’s really a simple siege battle, but its elements of back-and-forth between our heroes behind the walls and the attackers trying to break in is conveyed masterfully. Some may argue that the larger-scale battle scene from the following Lord of the Rings movie is the superior one, but we beg to differ.

2. Edge of Tomorrow – Siege of Normandy

Running parallel to the World War II siege on the beaches of Normandy, Tom Cruise’s Edge of Tomorrow gives it a modern movie update, this time with humans invading the beach by air to supplant an alien invader. The true mastery lies in it running the course of virtually the entire morning, with our main character trapped in a Groundhog Day-esque loop that forces him to relive the battle every time he dies. We see Cruise’s character evolve from sniveling TV poodle to hardened soldier, taking the battle from every angle until the satisfying conclusion brings us to the end. 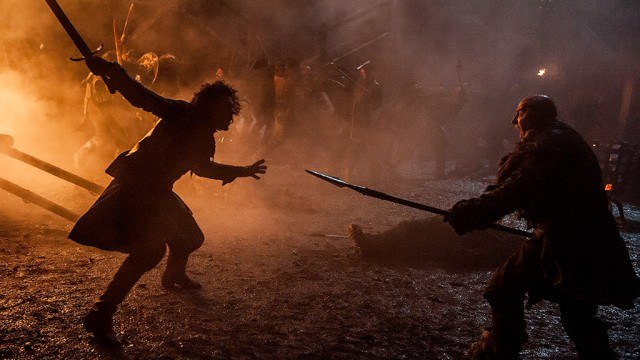 It’s not often we get to see a cinematic battle scene in a TV show, but  Game of Thrones gave us just that. At the Battle of Castle Black, we see a fight that had been hinted at for almost two whole seasons finally come to fruition, as the Wildlings of the North attempted to take the 700-foot-tall Wall spanning 300 miles across. The show likely spent a majority of its Season 4 special effects budget on this one hour, and it ended up being more than worth it. Characters find their courage in redemption, while others find redemption in death. As if we needed any more reasons to watch Game of Thrones, this particular battle managed to get us even more excited for where the fantasy series will end up as it heads into Season 7.

4. Braveheart – The Battle of Stirling

While not a requirement of a good battle scene, it certainly doesn’t hurt to have a rousing speech from the commander to inspire a generation. Braveheart though contains perhaps the most iconic one of these in all of cinema, with Mel Gibson’s William Wallace screaming to his troops that the English “can take our lives, but they can never take our freedom!” This quickly became a line that even casual moviegoers know by heart, leading into a battle that saw the Scottish take a key victory against their oppressors in a bloody war for independence.

5. Star Wars Episode V: The Empire Strikes Back – The Battle of Hoth 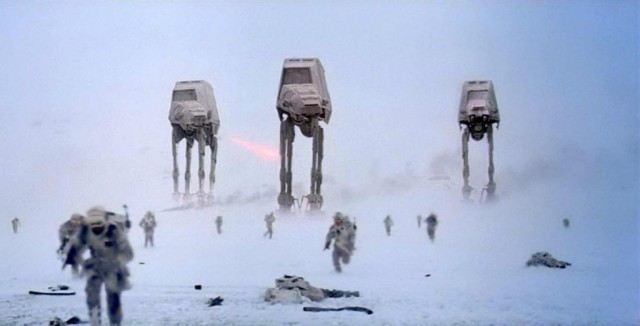 Despite ending in defeat for our heroes, the Battle of Hoth was a great example of a movie doing more with less. There was no inspiring speech from a general and no cathartic charge into combat from thousands of soldiers. But what it did have was a suspenseful sequence in which the Rebels had to stop the onslaught of the Empire in time for our heroes to escape unscathed. Our main characters barely get out in time, ending a fight that to this day was a battle that, rather than ending the story, pushed it forward.

6. Spartacus: War of the Damned (series finale) – Battle of the Siler River

In the third and final season of the Starz epic detailing Spartacus’s war against the Roman Empire, we again see our heroes suffer defeat. Stretched to their limit and backed into a corner, Spartacus and his slave army have to turn and fight a vastly superior Roman force. For the characters who die, we seem them go out in a blaze of glory, with one final showdown between Spartacus and Marcus Crassus, the leader of Rome’s army. Seeing our heroes defeated is never pleasant, but in War of the Damned we somehow end up feeling satisfied that they were given a death deserving of their lofty status.