6 Zombie Apocalypses You May Be Able to Survive

Let’s face it: If movies and TV are to be believed, the zombie apocalypse is fast-approaching. It’s only a matter of time until all of humanity is decimated, leaving only a small handful of survivors to combat the undead. Knowing this, Hollywood has our backs, running us through scenario after scenario to prepare us for the inevitable end of the world. Anyone who tells you they don’t have a zombie survival plan in the back of their head is likely lying to you, and everyone wants to believe they will be the ones to endure.

But the real challenge is taking one of Hollywood’s scenarios and figuring out which would be the ideal one for you. Some, like 28 Days Later would be exceedingly difficult for anyone to live through with uber-fast zombies constantly in pursuit. Others like Dead Snow would have ruthless Nazi-undead chasing us, making for a less-than-ideal scenario. But a select few stand out as the ideal, perfect end-of-days situations for anyone with a well thought-out plan.

**SPOILERS for all shows and movies are ahead, so proceed at your own risk!**

Advantages: Living in The Walking Dead’s universe would, above all else, be quiet if you found the right place to hole up. As we’ve seen throughout the show’s run, you can do well going it alone or with a group. Oftentimes finding the right collection of people will ensure an extended lifespan. Sure, imminent death is always around the corner, but that’s the reality when flesh-eating former humans compose a vast majority of the world’s population. Combine that with the slower walking speed of the “walkers,” and you could very well stick this apocalypse out for the long run.

Disadvantages: You’re not always guaranteed a dependable group should you choose to travel in packs. Sometimes they’ll be an affable collection of farm people just looking to have intense one-on-conversations replete with down-home wisdom, but you’re just as likely to stumble upon a cannibalistic death cult.

2. Shaun of the Dead

Advantages: Two words: The Winchester. For anyone who’s seen Shaun of the Dead, you’re well aware that should you make it, there’s one place where you can wait for this all to blow over while you sip on a pint of beer. As long as you come armed with a cricket bat and dry British wit, odds are you’ll survive to see the end. This one carries with it the added advantage of having the aid of the military, who would eventually swoop in and save you just before things get really bad.

Disadvantages: Survival is far from guaranteed. Be prepared to see any and everyone close to you find themselves bitten and zombified right in front of you. Unless you’re a charmingly frumpy red-headed Englishman, you could very find you’re not the main character in a story that picks its survivors very carefully.

Advantages: If Zombieland is to be believed, the only thing that the end of days will entail is hanging out with Bill Murray in his mansion watching Ghostbusters. As long as you stay out of loud theme parks and follow a very specific set of rules, the rate of mortality here can be kept relatively low. This is a universe where death and dismemberment are far from foregone conclusions, so gear up, find a sturdy car, and keep Bill Murray on speed dial.

Disadvantages: If you’re not a meticulous person, you won’t last long in Zombieland. Rules like “always double-tap,” “always wear a seat-belt,” and “never skip cardio,” become a matter of life and death. If you can’t stay in shape and be careful just about 100% of the time, you won’t do well here. 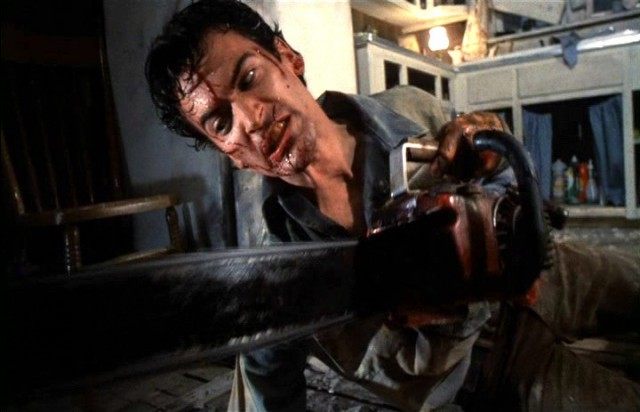 Advantages: This one is just a bout a dream scenario for anyone who’s ever wanted to replace their hand with a chainsaw. Blood will spill, and cursed disembodied hands will come at you like a bat out of hell, but all this is negated by the freaking powertool attached to your arm. If you can’t survive an onslaught of zombies with a chainsaw latched to your body, there aren’t many scenarios you can get through.

Disadvantages: There are no rules here. One moment, you may find yourself safely holed up in a cabin. The next, there’ll be a demon monster trying to claw its way out of the basement. You can’t necessarily count on the same, ambling zombies you see elsewhere; this universe will throw any and everything it has your way with reckless aplomb.

Advantages: Most zombie scenarios will have you on high alert 24/7. For this one though, the daylight hours belong to you. This particular brand of the undead can’t go out in the sunlight, leaving you free to play golf, joyride in a sportscar, and play in the park with your dog until the evening hits. It’ll get a tad lonely at times, but if you keep your fridge well-stocked and your DVD collection fully supplied, I Am Legend may be the place for you.

Disadvantages: If you’re not well-versed in home improvement, it’s game over for you. These nighttime zombies are smart, organized, and have the singular goal of rooting out any survivor they can find. Keep the noise to a minimum once the sun goes down, or you could find a legion of monsters clawing their way through your ceiling. 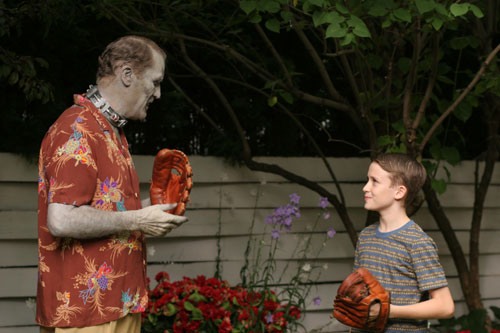 Advantages: The Fido universe is one that doesn’t get talked about quite as much, but it’s quite possibly the most ideal of them all. In it, zombies are kept around as household pets, performing menial tasks as mindless, trained helpers. Find the right zombie, and you have a life-companion that will fetch you the paper, without asking for constant attention and exercise in the way most animals would.

Disadvantages: Anyone concerned about the creation of a zombie underclass that marginalizes a specific demographic wouldn’t want to live anywhere near the world of Fido. The middle class has been drummed out enough in our country without creating another caste below them to taken advantage of, hasn’t it?