It used to be that the gap between film production and television production was so vast that the two worlds might as well exist in separate vacuums. Whether it be actors, writers, or directors, it was once possible to remain in one or the other for an entire career. But while film was once considered the top-tier reservoir for creative talent, TV is quickly becoming the go-to place for filmmakers to experience creative freedom not often granted in movies. When you look at the recent shifts in power, it seems the revolution is only getting started. Here’s a list of seven A-list film directors who have recently dived head first into TV. 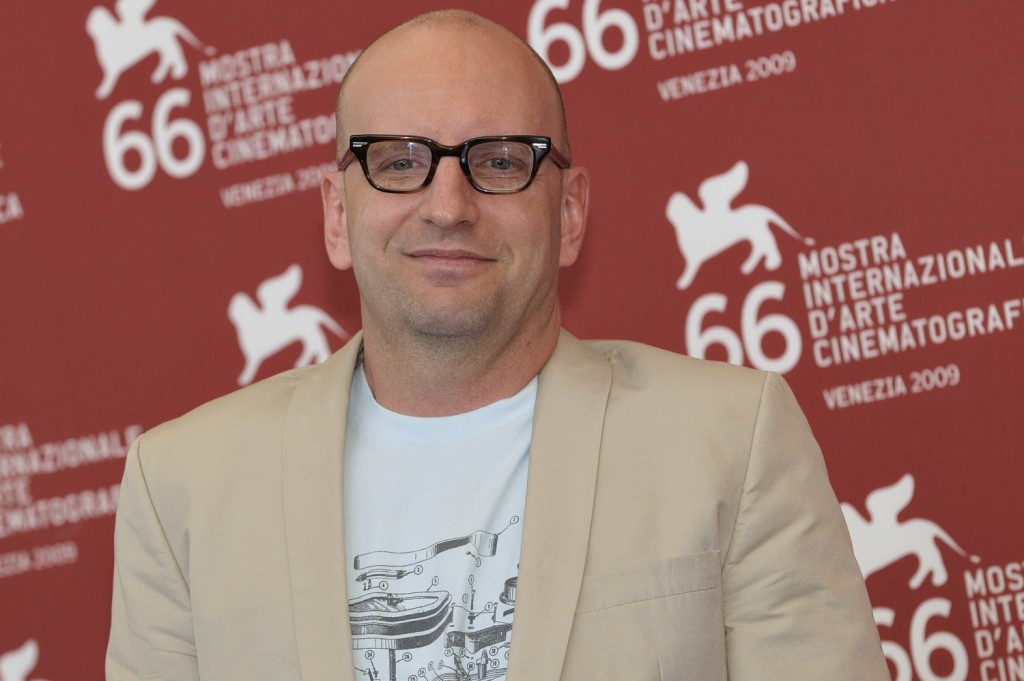 Steven Soderbergh will direct all 10 episodes of The Knick, one of the most highly anticipated new TV shows, which will premiere on Cinemax on August 8. Taking place in New York City during the early part of the 20th century, The Knick is medical drama about the lives of surgeons, nurses, and support staff at the Knickerbocker Hospital, founded in Manhattan in 1862. The series stars Clive Owen as John W. Thackery, one of the hospital’s many doctors who were pushing the boundaries of medicine during a time without the aid of antibiotics.

In many ways, the outspoken filmmaker’s decision to pursue TV says the most about the medium’s current creative landscape. After announcing that he was retiring from film directing at last year’s Cannes Film Festival, Soderbergh announced the next day that he would be teaming up with Owen to make The Knick. Considering how vocal Soderbergh has been about the mounting problems in the feature film world, his decision to immediately shift his focus to TV was seen as an endorsement that it was television, not film, that is now the ideal place for creative work.

And Soderbergh’s not done, either. While it was believed that Soderbergh was ready to retire from directing altogether, it’s become obvious that when he said he was retiring from “film directing,” he meant it literally. Starz has just ordered a 13-episode anthology series based on Soderbergh’s 2009 film The Girlfriend Experience that, like the film, will focus on the world of high-end escorts. While Soderbergh is reportedly not set to write or direct, it wouldn’t be surprising to see him pop in when the series gets going. 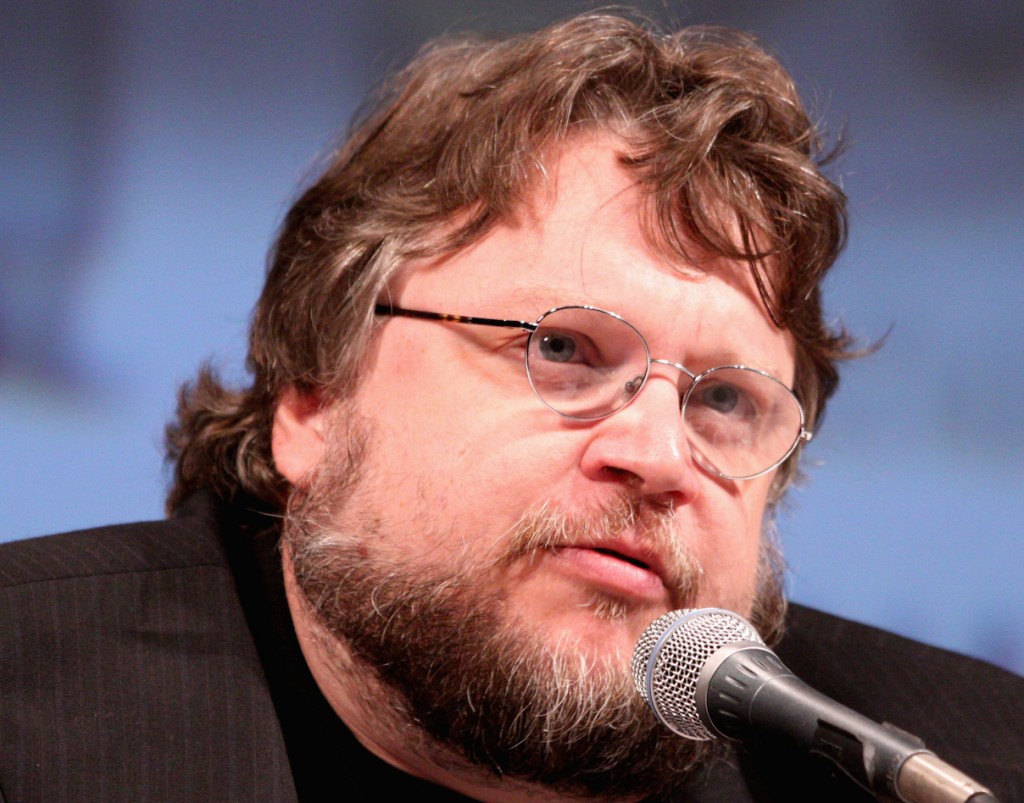 Critically acclaimed Mexican filmmaker Guillermo del Toro will be the next major silver screen director to jump to the small screen when his vampire-horror series The Strain bows on FX on July 13. The thriller tells the story of a mysterious viral outbreak that has all the markings of an ancient and evil strain of vampirism. But despite the over-saturation of vampires in recent times, you can expect a markedly different vision in del Toro’s series, which is based on a trilogy of novels he and Chuck Hogan wrote.

Surprisingly enough, if it was up to del Toro, he would have entered the TV world in 2006, when he and Hogan shopped The Strain to various studios as a TV series. But when no studios bit on the project, the pair ended up writing the novel trilogy, which is now making its full-circle return to TV. Though del Toro doesn’t appear to have any other TV plans in the near future, with his attention still firmly in the feature film world with the upcoming Crimson Peak and Pacific Rim 2, del Toro has been linked to a potential Hulk TV series throughout 2014. 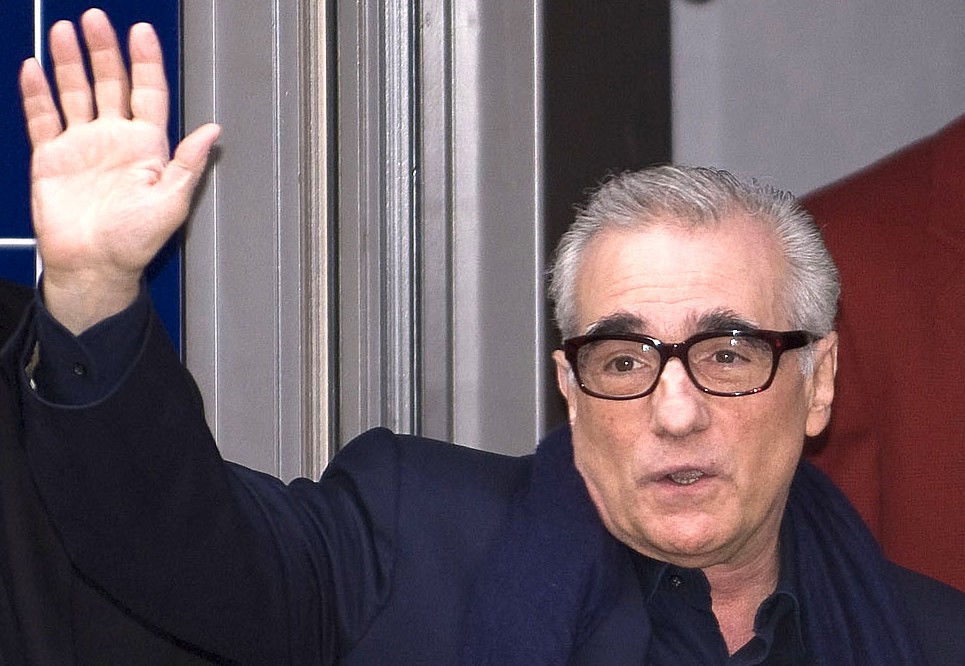 Martin Scorsese made a huge splash in the TV world when it was announced that he would be directing the pilot episode of Boardwalk Empire while also serving as an executive producer for the series. Based on the book Boardwalk Empire: The Birth, High Times, and Corruption of Atlantic City by Nelson Johnson, Boardwalk Empire was created by Terrence Winter and tells the real-life story of criminal kingpin Enoch L. Johnson.

When it came to Scorsese’s decision to direct an episode of a TV series, something he hadn’t done since 1986, he outlined many of the same reasons that have been described by others gravitating to TV in recent years. “What’s happening the past nine to 10 years, particularly at HBO, is what we had hoped for in the mid-’60s with films being made for television at first,” Scorsese said at the time. “We’d hoped there would be this kind of freedom and also the ability to create another world and create long-form characters and story. That didn’t happen in the 1970s, 1980s, and in the 1990s, I think.” 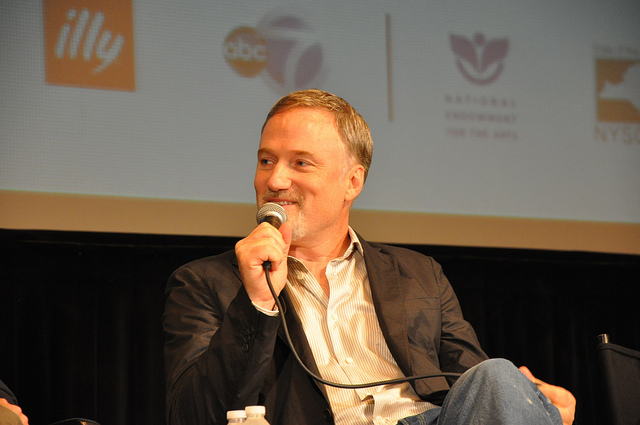 David Fincher, the director behind The Social Network, The Girl with the Dragon Tattoo, and Zodiac, is arguably one of the most important filmmakers leading the charge in making TV the prime destination for the film industry’s top talent. After becoming interested in producing House of Cards in 2008, after viewing the original BBC version, the series eventually landed on Netflix, where it jumpstarted the video-streaming platform’s status as a top-notch alternative to network and cable television. Fincher would later direct the first two episodes of the series, winning an Emmy for Outstanding Directing for a Drama Series for the first episode, “Chapter 1.”

“If you’re working in the movie business, you’re thinking in terms of you have this two-hour form that requires a kind of ballistic narrative that doesn’t always allow for characterizations to be that complex, or that deep, or that layered, or that you can reveal slowly and be as faceted,” Fincher told HitFix in 2013. “I felt for the past 10 years that the best writing that was happening for actors was happening in television. And so I had been looking to do something that was longer form.”

Although Fincher has not indicated that he will return to the director’s chair for House of Cards despite continuing to executive produce, he has already inked a deal to direct a new series for HBO based on the U.K. conspiracy thriller Utopia. The premium cable network is also bringing along author-screenwriter Gillian Flynn to the project, who recently teamed up with Fincher to write the screenplay on the upcoming Gone Girl, based on Flynn’s novel of the same name. 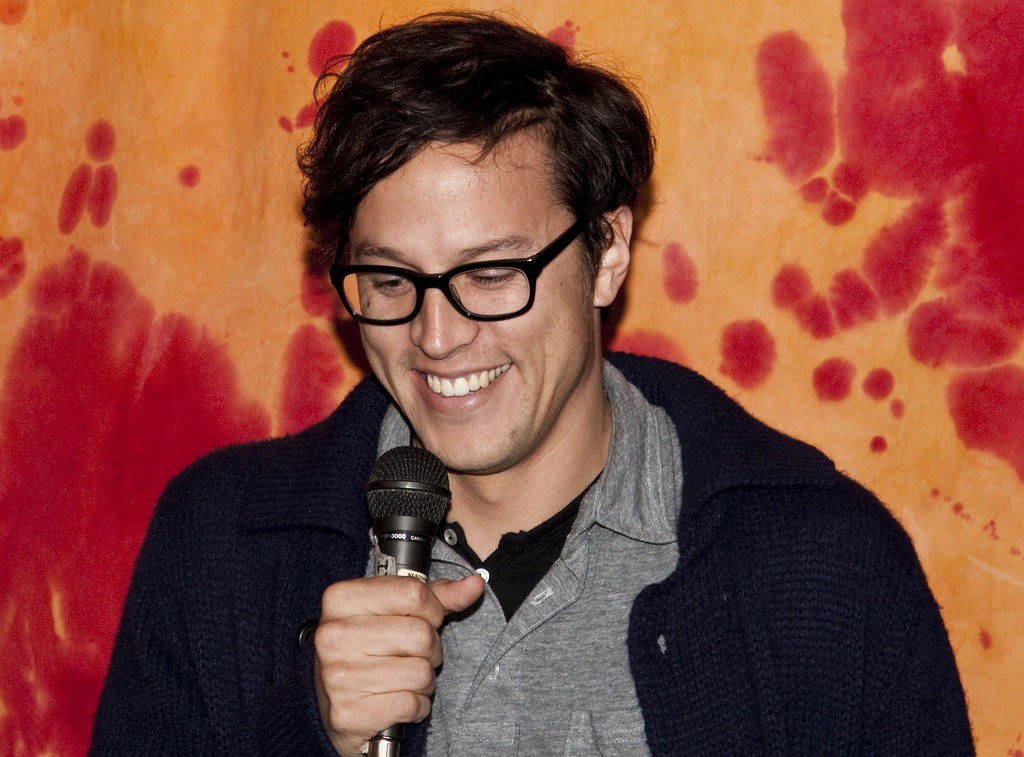 Cary Fukunaga was already considered one of the most talented young directors in Hollywood before his involvement with HBO’s hit series True Detective skyrocketed him to the top of the A-list. But despite the many reasons that True Detective became the talk of the town when it premiered in January, it was the way in which the series was made that became a talking point: namely, Fukunaga and Nic Pizzolatto’s involvement as director and writer on every episode.

Unlike most series that have multiple directors per season and a writer’s room overseen by a showrunner, True Detective bucked the trend by keeping Fukunaga and Pizzolatto in full control from start to finish. The result was a critically acclaimed series that consistently drew comparisons to the film world rather than television world. And the move seems to have set in motion a new paradigm that seems to be growing stronger. Take HBO’s upcoming series The Knick for example: Soderbergh is set to direct each of the 10 episodes of the series — it’s clear that this could become much more common over the coming years, especially if top-tier feature film talent continues to make the transition. 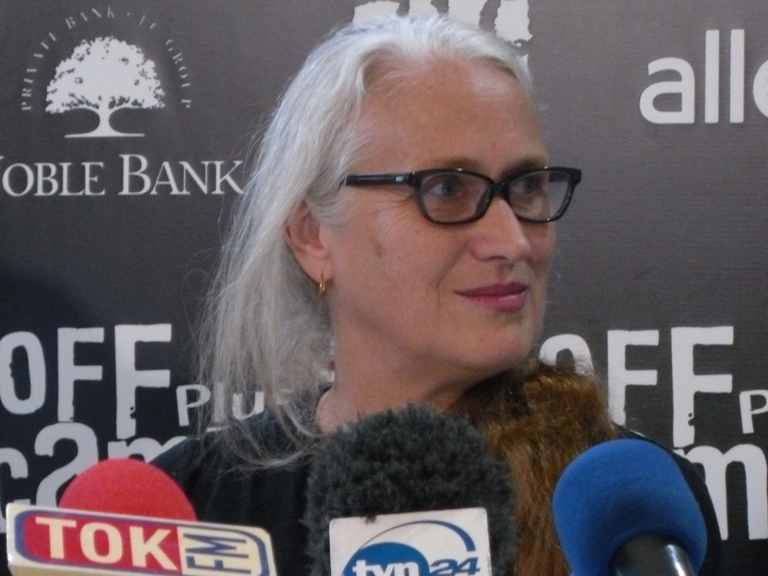 Art-house maven Jane Campion, who rose to prominence in 1993 with The Piano, is responsible for one of the most criminally under-viewed series of the year: Top of the Lake (currently available on Netflix). Co-created by Campion and Gerard Lee, the series could actually be considered the precursor to the movement set in place with True Detective, in which control of the series is overseen by only a few individuals. With Campion and Lee writing every episode, directing fell into the hands of Campion and Garth Davis, who split episode directing down the middle, at three apiece.

The cerebral thriller tells the story of a detective (Elizabeth Moss) investigating the disappearance of a pregnant 12-year-old girl in a small town in New Zealand. While the series explores the usual tropes you’ve come to expect from a successful crime thriller, Top of the Lake also makes it a point to examine the experiences of single women and rape culture. “Television is the new frontier. Film is conservative. I’m sick of it,” Campion told The Telegraph last year.

“It goes back to being influenced by some very early brave television makers, like David Milch of Deadwood. I remember seeing that show and going, ‘Oh my God, they are making this on television?’” Campion told Vulture. “It made me reassess my view of what was possible anywhere. It felt like they were able to be braver and have a dialogue with the audience, which was a lot more vigorous in a way than with film, where it feels like you have to pander to the audience a bit more to get them out of their houses.” 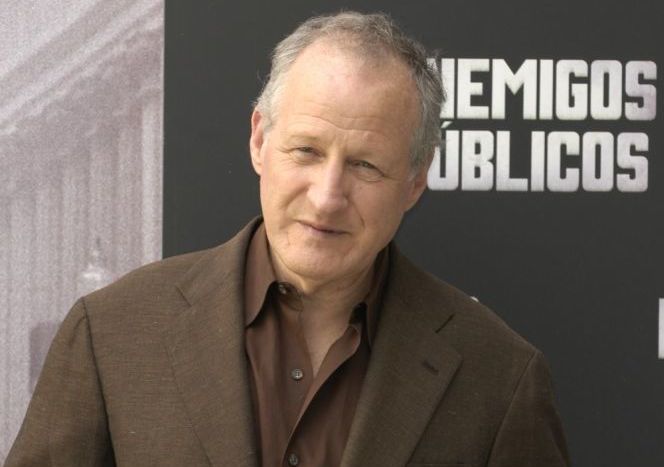 Michael Mann is no stranger to television, having been involved with TV during the early part of his career on shows like Starsky and Hutch, Vega$, and Miami Vice. But after focusing the majority of his attention on the feature film world over the past two decades, his choice to return to TV to executive produce and direct the pilot episode of HBO’s Luck was seen as yet another sign that TV is the place to be.

Starring Dustin Hoffman as Chester “Ace” Bernstein, a lifelong mobster recently released from prison, the series follows his attempts to take control of the Santa Anita racetrack when he comes across promising racehorse Pint of Plain. At the same time, Ace continues to seek revenge on those he sees as responsible for sending him to prison.

Unfortunately, the critically acclaimed series was cancelled early in its second season when it became embroiled in controversy over animal safety concerns. Despite HBO’s insistence that proper precautions had been been met through the series, production was shut down after a third horse suffered an inoperable injury and the Animal Humane Association was sent in to investigate.