E3 had just about as much information about new video games as any gamer could handle in a week. In fact, it probably had even more than that. Nintendo announced a lot of great looking games. Sony showed of 16 games for PlayStation gamers get excited for. And we can’t forget about Ubisoft’s game reveals or EA’s major announcements. But now that E3 is over, it’s time for all of us to turn our attention back to what really matters: the games we can get our hands on and play right away.

While E3 can intimidate some games and keep them from launching during that week, these seven video games weren’t afraid of launching the week after. Here are seven of the big video games coming out the week of June 21. 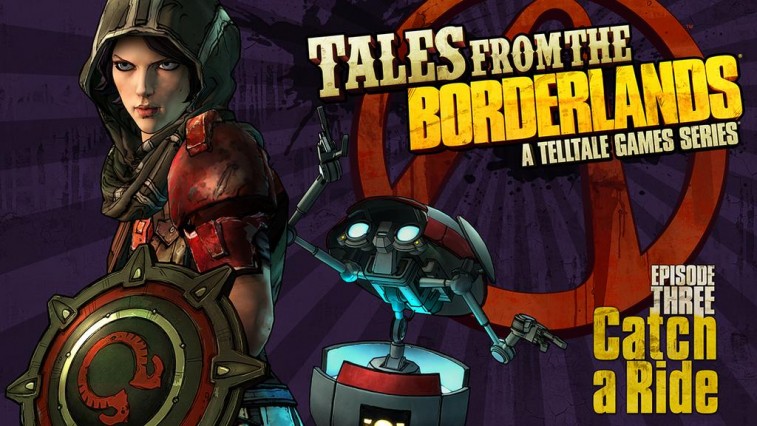 1. Tales From The Borderlands: Episode Three – Catch a Ride

Fans didn’t have to leave Pandora when they finished Borderlands 2. Thanks to the folks over at Telltale Games, the story continues in the Tales From The Borderland series. While the action might not be the same, it may be nice for gamers to take a brake from the constant quest for loot and just enjoy a story taking place on Pandora. Tales From The Borderlands: Episode One and Episode Two have both performed well critically, so you can reasonably expect Episode Three – Catch a Ride to keep up the quality storytelling Telltale Games is known for. The only trick is, you’ll really want to make sure you play the first two episodes before you get into three, as it naturally continues where the others left off. And on top of that, you’ll want to have played Borderlands 2 as well, because this whole Telltale series takes place after the events in Borderlands 2, but we should all really look at the a pro and not a con.

The fourth title in the Batman: Arkham series is finally upon us. While fans praised Arkham Asylum and Arkham City, the third game in the series wasn’t so beloved. Arkham Origins attempted to present an earlier Batman story and was developed by Splash Damage, while the first two installments were by Rocksteady Studios. Batman: Arkham Knight sees Rocksteady Studios return to the helm for what looks to be another excellent Batman game, with more than enough action for any gamer.

The massively multiplayer online first-person shooter that’s been on PC for a few years already is finally making its way onto a new platform. PlanetSide 2 features persistent worlds, where three factions are waging a continuous war, vying for as much control of the land as they can get. You can choose styles, classes, weapons, and more to customize your character and play style to fight the good fight. Considering it’s a free game and pretty well regarded by players, there no very good reason not to give it a try.

For those of you who are growing tired of Final Fantasy XIV Online: A Realm Reborn because you’ve played through everything, Heavensward is on the way to unlock the door to a whole new area for exploration. The new regions for exploration will be Ishgard, Dravania, and Abalathia. In addition, there will be new races and new jobs to choose from. If you need more for your characters to do, you’ll have plenty soon.

The MotoGP franchise might not have the most exciting record, with a number of average motorcycle racing games, but they definitely make for a better motorcycle game than Ride to Hell: Retribution, which demonstrates how bad a motorcycle game can get. MotoGP 15 continues the series with a few changes: personal teams in career mode, enhanced physics and AI, and a Beat The Time mode to race against the best times of other racers. The game also includes online play, so you can compete against as many as 11 players on the games 18 tracks.

Leave it to Nintendo to be the home of the unusual video games. Art Academy: Home Studio isn’t some shooter or RPG, and is hardly a video game, but rather a learning game. It teaches you how to draw and paint using the stylus on the Wii U Gamepad. Art Academy will teach you about different art mediums and give you step-by-step lessons on techniques.

If you like battling giant demons in true Japanese hack-and-slash RPG style, Toukiden Kiwami may be for you — though you might want to check out the first installment before playing this one. This game is already available on a few other platforms, and is just now making its way to PC. The game received modest to decent reviews on PS4 and PS Vita, respectively, so a reasonably good offering on PC can be expected.