Several popular novels are about to go from the top of the best-seller list to the small screen. Here are seven book-to-TV adaptations currently in the works. 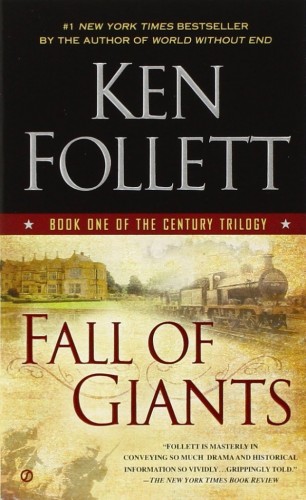 ABC is developing a 10-hour limited series on Ken Follett’s best-selling novel, which follows the lives of five families that become entangled by the first World War. The Fall of Giants is the first in the author’s Century Trilogy, which also includes the books Winter of the World and Edge of Eternity.

According to The Hollywood Reporter, Ann Peacock (The Dovekeepers, Chronicles of Narnia) is on board to pen the script and executive-produce the project. Depending on how Giants performs, the network may adapt the second and third books of the trilogy into either two more 10-hour event series or a continuing hour-long scripted series. 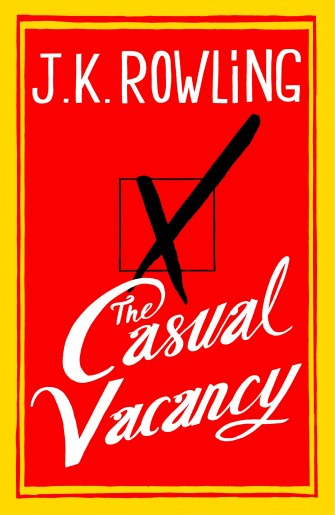 J.K. Rowling’s first adult novel will become a joint BBC and HBO miniseries, to be split into three hour-long episodes. The story follows the inhabitants of the fictional rural community of Pagford, which is shaken up after the death of a local councilor. Though the town seems idyllic, the residents are actually experiencing their fair share of turmoil.

Michael Gambon and Keeley Hawes will lead the cast, along with Rory Kinnear, Monica Dolan, and Julia McKenzie. The BBC released photos of some of the central characters earlier this month. The show is expected to air in 2015, although no official premiere date has been confirmed yet.

Gillian Flynn’s 2006 novel follows the story of a journalist with a complicated psychological history who returns to her hometown to investigate a series of murders. Though it was originally thought that adaptation would take a feature film format, Entertainment One Television acquired the rights to adapt the work in July. Since then, Marti Noxon (who has previously worked on Buffy The Vampire Slayer, Mad Men, and Glee) has signed on as showrunner and writer. The casting or premiere date haven’t yet been announced.

This is the third of Gillian Flynn’s works to get adapted to screen. Gone Girl was a huge box office success after its debut in October. Meanwhile, her book Dark Places is set to hit the big screen next year, with Charlize Theron in the lead role. 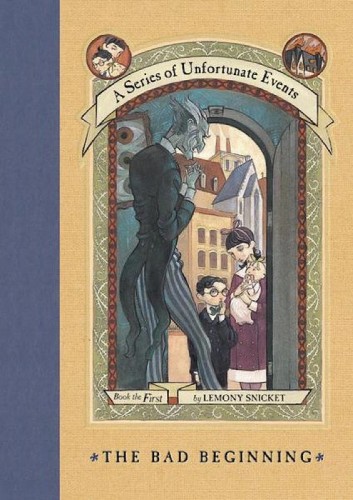 4. A Series of Unfortunate Events

Netflix acquired the rights to adapt Lemony Snicket’s 13-book series into a live-action family show in November. The best-selling series recounts the tale of the orphaned children Violet, Klaus, and Sunny Baudelaire at the hands of the villainous Count Olaf, as they try to uncover the truth behind their parents’ deaths. The streaming service will team with Paramount TV (the studio behind the 2004 film adaptation starring Jim Carey) to produce the project, which is reportedly being fast-tracked in its development process. No premiere date has been confirmed. The BBC adaptation of Susanna Clark’s best-selling novel has been in the works for several years, but the channel only just unveiled the first promotional photo for the show in November. Adapted by Peter Harness and set at the beginning of the 19th century, the series follows the reclusive Mr. Norrell of Hurtfew Abbey as he stuns the city of York when he causes the statues of York Cathedral to speak and move. When he goes to London to help the government in the war against Napoleon, Norrell ends up conjuring a fairy to bring the minister’s fiancée back from the dead.

Oscar winners Reese Witherspoon and Nicole Kidman are teaming up for the miniseries Big Little Lies, based on Liane Moriarty’s best-selling book of the same name. The novel follows the story of three mothers, all of whom are at a crossroads in their lives and quickly become good friends. When a murder takes place at the school of their children, the lives of all three women get turned upside-down and they are forced to confront the dark secrets of the small town in which they live.

Kidman and Witherspoon first optioned the rights to the novel in August under their respective production banners, Blossom Films and Pacific Standard, with the intent of turning the book into a feature film. The project eventually evolved into a limited series run.

It’s unclear which of the three main roles Witherspoon and Kidman will be taking on or who will play the third lead. David E. Kelley, who most recently served as showrunner on the CBS  comedy The Crazy Ones, will pen the small screen adaptation. Kidman and Witherspoon will co-executive produce alongside Kelley. Moriarty will also serve as a producer. As of now, no network is currently attached to the project, but it’s expected be shopped to premium cable channels, such as HBO, Showtime, Starz, and streaming services like Netflix, Hulu, and Amazon. 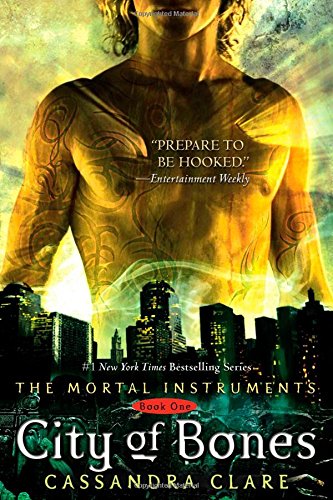 After the film adaptation of Cassandra Clare’s YA fantasy series bombed at the box office, the best-selling franchise is being repackaged as a high-end drama show. In October, it was revealed that production company Constantin Films, which holds the rights to the popular series, is in the process of turning the story into a TV show, with help from writer and producer Ed Decter. The project is still in the early phases of development, but Decter — who has previously worked on shows like Helix, Unforgettable, and The Client List — has reportedly already been hired to serve as showrunner for the potential series.

So far, there has been no official news in term of casting, and it remains unclear whether any of the original stars will be involved in the project. The series is scheduled to start production in 2015.