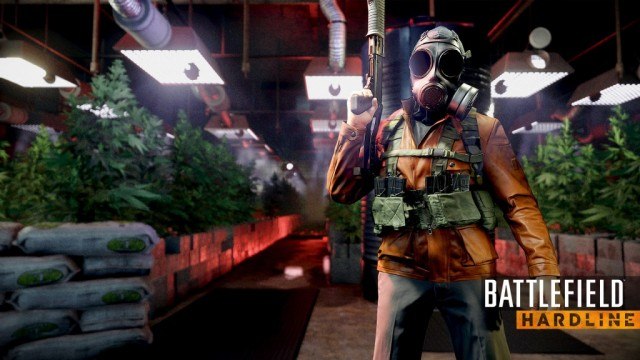 Nobody’s perfect, so it’s understandable that developers and game studios may miss certain details or screw up the implementation of certain features, but there are some things that are simply unforgivable. Though these seven sins should go without saying, they still somehow pervade much of modern game design, lessening the fun or immersive experience of your favorite games and franchises.

Any veteran of the franchise knows all too well the agony of uneducated teammates in the online portion of Battlefield. It’s frustrating to jump in a transport helicopter, expecting to get to a desired objective or vantage point on the map, only to crash nearly right after takeoff due to the pilot’s clear misunderstanding and ignorance of the controls and physics of the game.

The problem with not including tutorials, though Battlefield 4 has a test range for general experimentation, is that players simply do not have the skills or knowledge to properly operate the many vehicles, weapons, and gadgets. If the developers at DICE would take the time to create at least a simplified system of tutorials for the vehicles and general options for infantry, ease of play online would likely increase, as players would be more willing and able to play their role effectively.

This is an issue with nearly all online shooters, plaguing not just the Battlefield series but also games like Halo and Gears of War, among others. Bad spawns in online competitive shooters essentially ruin any sense of balance that the respective mode or map has, making it so players who’ve managed to take cover can pick you off as you spawn out in the open. Alternatively, it’s also common for you to spawn behind enemy players who are also caught out in the open, making it an easy kill for you.

Either way, the game ends up feeling cheap, unfair, and loses players’ interests in returning to the mode or the game altogether. You would think that since it’s such a jarring and off-putting aspect of online shooters that studios would make it a priority to fix and place spawns effectively, yet it remains a common and grating issue in many games today.

You can also lump in closet “clown car” spawns for enemy A.I. during campaigns, where there will be an endless horde of enemies spawning from a small room until you advance far enough to push back the spawn. The inclusion of unrealistic and unfair spawns of enemy A.I. makes the single-player experience just as infuriating and emotionally exhausting as its multiplayer counterpart. This A.I. spawning issue is especially prevalent in older Call of Duty games, though it seems to be thankfully less frequent these days.

When you’re playing a game that takes stealth, specific choices, and strategy into account, it’s quite annoying to find that after utilizing a checkpoint that all the enemies you incapacitated, hid, or killed all have respawned in their initial points on the map, essentially reseting the mission despite your progress. It really ruins your immersive experience when you have to go through the whole process of eluding or eliminating foes that you’ve already dealt with, perhaps multiple times, just because you died.

Ineffective checkpoints are one of the main flaws of the otherwise great Hitman: Absolution. Angry Joe mentions this aspect around the 10:20 mark in his review, as well as the poor quick time events, but that’s another story entirely.

There are few things in gaming more frustrating than non-functional or confusing controls. The scene in Star Wars: The Force Unleashed where you bring down a Star Destroyer is a prime example where the inputs you’re instructed to execute don’t match what the game actually requires you to do to succeed. To add insult to injury, the more you fail to consistently pull the ship down, the more it will realign its orbit and re-correct its position, prolonging the whole affair if you are having a hard time with the sequence.

Whether it’s on console or PC, the issue of trying to bring down the ship becomes even more discouraging when you have to deal with the waves of Tie Fighters that pester you, especially on harder difficulties. What would seem like a common-sense situation, not having the game match up with what’s on screen only weakens the player’s willingness to keep trying, and it’s made even worse if it’s a consistent issue throughout a game, like say, Superman 64. (Of course, there is a place for games with awful controls.)

It’s no mystery that RPGs are inventory-heavy adventures, where you’ll have to organize, buy, sell, create, and throw away items at a near constant throughout a playthrough. This is actually a welcomed aspect for gamers looking to feel completely immersed in a world fully realized through incredible and diverse detail. However, this becomes a major issue when the method of sorting through these items is slow or ineffective.

Take Mass Effect for example, where simple little design choices like the lack of ability to scroll between the top and bottom of lists forces you to scroll all the way down every time you want to remove an item. This may be easier on PC with the help of the mouse’s scroller, but on consoles you’ll have to scroll all the way up or down to remove an item, and then do it again and again as it resets you to the top of the list. This makes for consolidating items extremely boring and tedious. It’s especially annoying with the weapon ammo types, as the more you play the game, the more encumbered you’ll be with endless ammo mods.

If developers really want players to sift through all the possible gear and items in a game, it’s in everybody’s best interest to make it so that the sifting can be done quickly and efficiently so you’re spending more time playing and less time reorganizing.

It’s fair to say that studios should be allowed to force you to watch cutscenes when playing a single player game the first time. Ideally, games should just allow cutscenes to be rewatched via the main menu and be skipped after the initial viewing in game. However, when you’re replaying the whole game again, restarting a chapter or level to go after an achievement or trophy, or just looking to relive a great moment, the last thing you want to do is rewatch a cutscene that you already know by heart.

Assassin’s Creed is one of many culprits in this respect, forcing you to watch slowly paced and often uninteresting plot focused cutscenes that drag on to the point that when you’re actually allowed to play you’re almost ready to quit altogether. What’s worse, if the cutscene is before a boss fight as a checkpoint and requires you to rewatch it every time after you die and before trying again, it spawns the thought “why bother?”

Any fan of the Total War series was likely crushed by the general failure of Rome II’s launch. The game was not only riddled with glitches, bugs, crashes, and issues that affect many games at launch, but the A.I. was specifically laughable. As seen above, A.I. formations seem to act with no trace of common sense or practicality. Units become stuck in loops of decisions that in no way benefit them strategically, essentially ruining the otherwise fantastic tactics and warfare the Total War series is so renowned for.

Indecisive A.I. can ruin other games like shooters too, where inserting A.I. into situations where they’re unequipped to deal with the geographical or tactical obstacles in their way, just like Rome II, forces them to act erratically and impractically. And the more the A.I. doesn’t act as it should, the more the player can take advantage of the situation to win the scenario, but it ends up feeling half-earned and not as satisfying to complete. Send the A.I. to school or something!