7 Gifts for Fans of Marvel’s ‘Agents of SHIELD’

As one of the key pillars of Marvel’s expansive cinematic universe, Agents of SHIELD has been steadily gaining fans and critical acclaim ever since it made its debut over two years ago. The series revolves around the exploits of Phil Coulson (Clark Gregg), leader of an elite team of SHIELD operatives who are battling an elusive criminal organization known as Hydra. With a storyline that complements and intersects with the movies set in the Marvel Cinematic Universe (MCU), Agents of SHIELD addresses many of the questions left unanswered by the films.  We thought this would be the perfect time to highlight some of the coolest gear available for fans of Marvel’s Agents of SHIELD. Here are seven gifts that will make you feel like you’re a member of a secret spy organization.

When you’re racing to foil a Hydra plot, it’s important to know exactly how much time you have left to save the world. This is why SHIELD gives all of its agents this handsome wristwatch that features the spy agency’s iconic logo. The watch is available with two different bands – a metal dress band for agents based in the home office, and a rugged silicone band for agents working in the field. You can find both versions of Marvel’s Agents of S.H.I.E.L.D. Watches here. 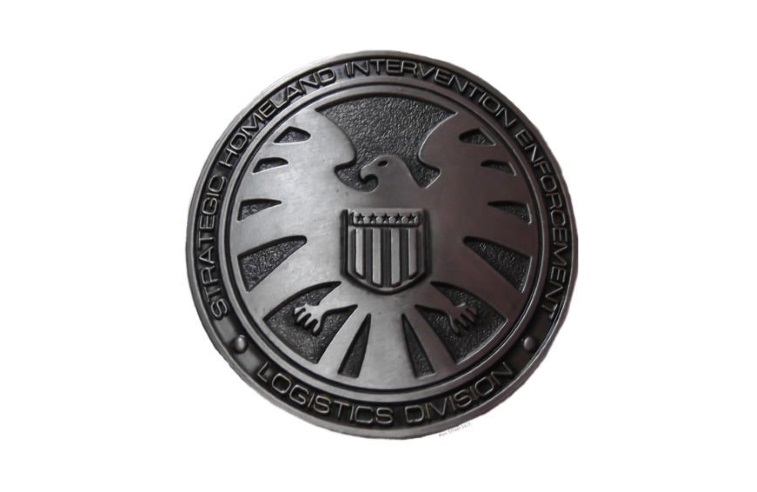 This Pewter Finish Metal Belt Buckle is another perfect accessory for SHIELD agents in the field. Not only does the SHIELD belt buckle help keep your super spy pants up, it could easily double as a SHIELD badge in a pinch. It’s also pretty handy if you ever forget what the acronym SHIELD stands for (it’s written on the buckle). Last, but not least, it just looks awesome. You can find the Marvel Comics Agents of SHIELD Pewter Finish Metal Belt Buckle here. 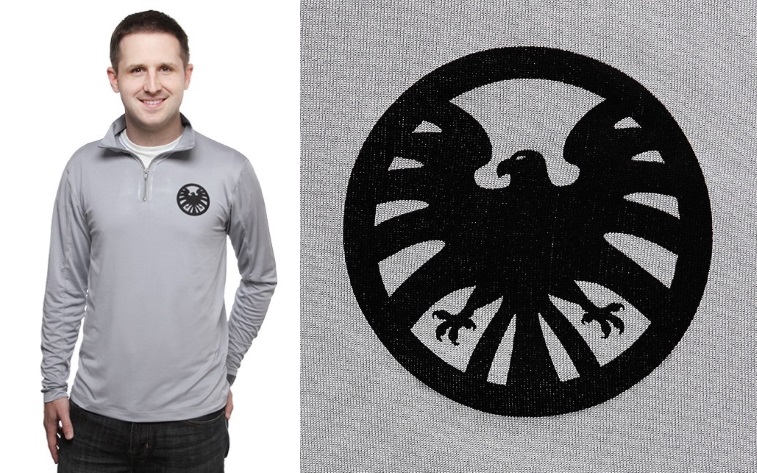 A SHIELD agent’s work can sometimes take them to some pretty chilly parts of world. Fortunately, aliens and evil super-scientists aren’t the only contingencies that SHIELD is prepared for. Protect yourself from the cold with this officially licensed SHIELD Quarter Zip Pullover. Made of 95% polyester and 5% spandex, this pullover is the perfect garment to keep you warm during brisk morning runs on the deck of the SHIELD helicarrier. You can find the SHIELD Quarter Zip Pullover here. 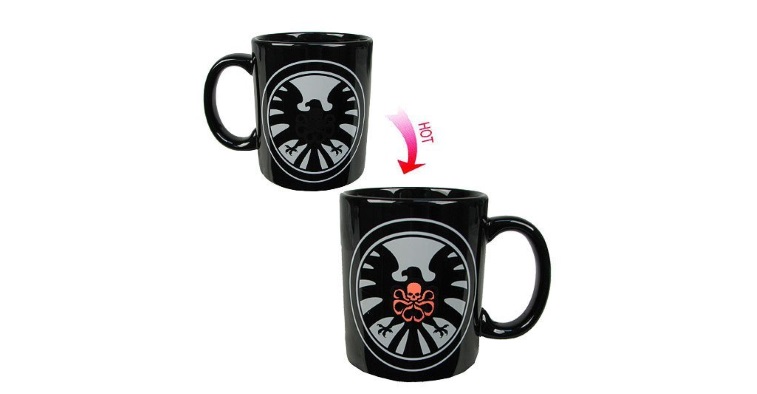 One of the most shocking plot twists to take place in the Marvel Cinematic Universe was the revelation that SHIELD had become thoroughly infiltrated by Hydra, the evil organization dedicated to world domination. But whether you’re a true agent of SHIELD or an infiltrator working for Hydra, you’ll appreciate this mug that pays tribute to both sides. While the mug normally only has the SHIELD logo on the side, a hidden, heat-sensitive Hydra logo appears when mug is filled with a hot liquid. Just be warned: Do not to serve coffee to Nick Fury in this mug. It might make him, well, furious. You can find the SHIELD: Hydra Heat Change Mug here.

As we saw in 2012’s The Avengers, Phil Coulson was apparently killed while trying to prevent Loki from harnessing the power of the Tesseract. How he managed to come back to life after that incident is finally revealed in season one of Marvel’s Agents of SHIELD. Without spoiling the surprise for fans who haven’t seen that episode yet, let’s just say that you’re going to need a stiff drink after you find out what Tahiti really means. So why not have that drink ready in an official Tahiti project glass? You can find the “A Magical Place” Drinking Glass here.

Nothing’s more embarrassing for a SHIELD agent than losing their ID card. This is why we recommend keeping your super spy ID safe in this official SHIELD wallet. Not only does this synthetic leather wallet feature a debossed SHIELD logo, it also includes RFID blocking capabilities, so Hydra can’t surreptitiously scan the contents of your wallet. Besides an ID window for your spy agency credentials, this wallet also includes four card slots, two sideways pockets, and a divided bill compartment. You can find the Marvel’s Agents of S.H.I.E.L.D. RFID Blocking Wallet here. 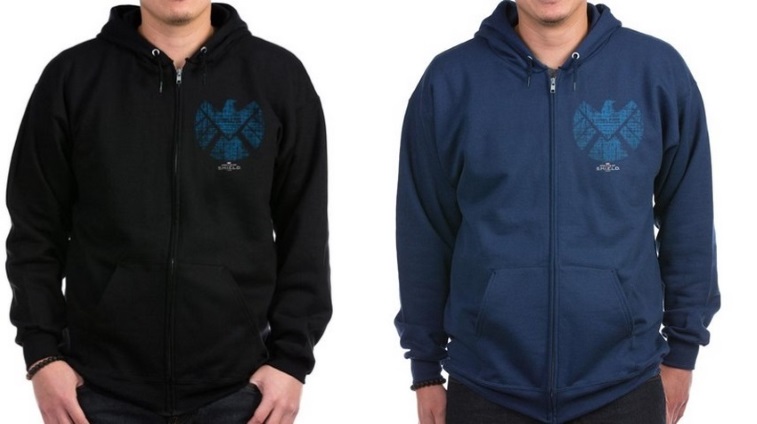 Poor Phil Coulson. When he’s not being haunted by flashbacks of his resurrection, he’s being compelled to etch alien writing all over the walls of his office. On the other hand (sorry, Phil — too soon?), that alien writing looks pretty cool, especially when it’s incorporated into the official SHIELD logo and emblazoned on a hoodie. This heavyweight hoodie features the mysterious alien writing in the form of SHIELD’s logo and is available in both black and navy blue. You can find both versions of the SHIELD Logo Alien Writing Zip Hoodie here.