7 Hollywood Movies That Almost Didn’t Make It to Theaters

Producers can sometimes underestimate their own films. Take these seven movies, for example, which all came close to not making it to theaters. Instead, producers were seriously contemplating turning these films into direct-to-DVD releases. For a myriad of reasons, the movies did end up in theaters, and ended up performing quite well. Curious about which movies came close to not gracing the big screen? These seven high grossing films received positive reviews in addition to decent Metascores, which are put together by curating critics’ reviews. 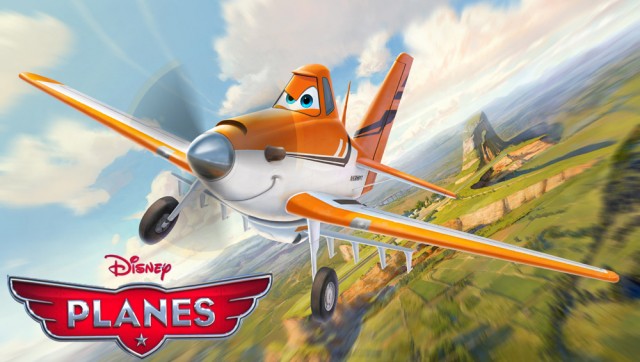 Disney’s Planes hit theaters in 2013, featuring the voices of Dane Cook, Stacy Keach, Brad Garrett, and Teri Hatcher. The movie was about a little cropduster plane, Dusty Crophopper, who has a fear of heights and a desire to race. Dusty enlists the help of Skipper, a veteran fighter, and ends up qualifying for the Wings Across the World race. Dusty is the clear underdog, and is pushed both physically and emotionally. The movie was never supposed to be shown in theaters.

It was, in fact, planned as a direct-to-DVD release, costing a mere $50 million to produce, according to The Hollywood Reporter. Disney decided to ditch the straight-to-DVD plan when it saw how well the test audiences responded to a rough cut. “It was off the charts,” Dave Hollis, the studio’s executive vice president for sales and distribution, said during a Bloomberg interview.

According to Box Office Mojo, the movie has a domestic total gross of $90.3 million. The weekend of its release the film performed particularly well at matinees throughout North America, per The Hollywood Reporter. 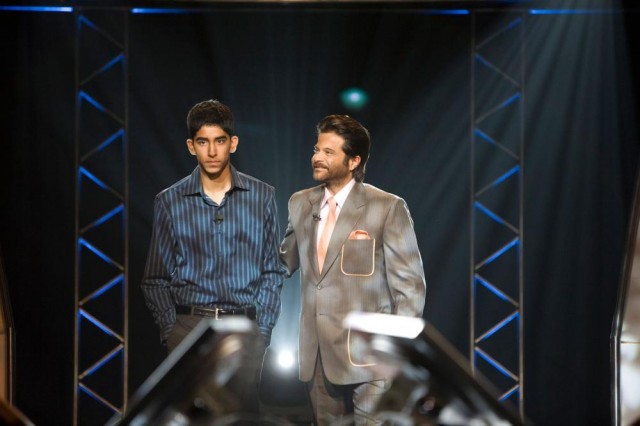 The film was released in 2008, featuring Jamal Malik, an 18 year-old orphan from the slums of Mumbai who participates in the Indian version of Who Wants To Be A Millionaire, only to be arrested under suspicion of cheating. While Malik is being interrogated, events from his life begin to unfold, explaining how he knew the answers to so many questions. Slumdog Millionaire was a box office sensation, even managing to snag eight Oscars, per IMDb.

It’s hard to believe this film almost didn’t make it to theaters. However, it came pretty close to a straight-to-DVD release. USA Today writes that the film was originally set to be released by Warner Independent, but when Warner Bros. closed Warner Independent, the movie hung in limbo for a while. Finally, Fox Searchlight rescued it, which proved to be an extremely smart move. The movie received a Metascore of 86, grossing a worldwide lifetime total of $377.9 million. 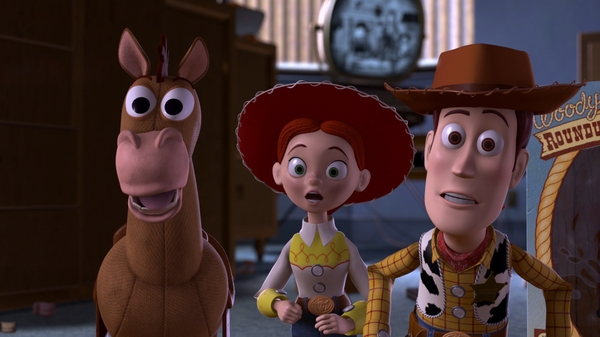 Surprisingly, this popular Disney movie was never supposed to make it to theaters. Toy Story 2, which received a Metascore of 88, was released in 1999. It was the sequel to the popular 1995 film; in this movie, Andy leaves for cowboy camp, leaving the toys to their own devices, which ends with an obsessive collector kidnapping Woody.

The movie’s domestic total gross is $245.9 million. But the film was originally intended to just be a cheap straight-to-DVD sequel, The Guardian writes. It certainly had its share of struggles; the first attempt to make this movie was labeled as inferior, and the whole thing was rewritten and re-shot. In the end, though, Toy Story 2 certainly triumphed. 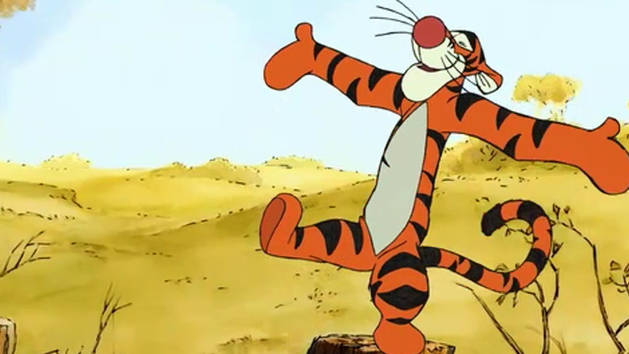 The Tigger Movie hit theaters in 2000 but was another film originally slated for a straight-to-DVD release, according to The Hollywood Reporter. The movie received a Metascore of 53, and featured none other than Tigger, who begins to feel lonely and sets out to find other Tiggers. His friends, Pooh, Rooh, Piglet, and Eeyore set out to find him and when they do, offend him by telling him to quit his search. Tigger refuses, but ends up saving his friends when a sudden avalanche causes them all to get stuck. The friends escape, and Tigger realizes his friends are his true family.

Box Office Mojo writes that the film’s domestic total gross is $45.6 million. A Chicago Tribune review states: “Disney has reinvigorated the Milne series while staying true both to his and illustrator E.H. Shepherd’s original artistic visions.” Not bad for a film that wasn’t even supposed to make it to theaters. 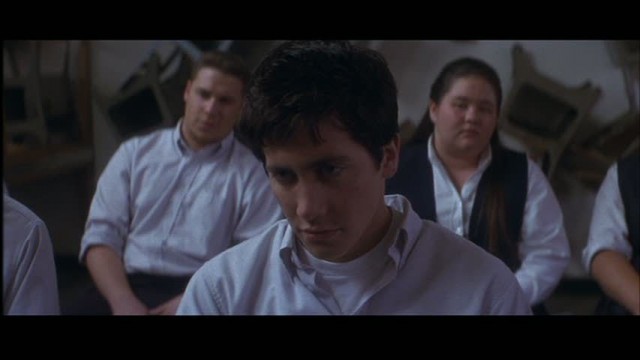 The 2001 film, starring Jake Gyllenhaal, Holmes Osborne, Maggie Gyllenhaal, and Daveigh Chase, came close to missing out on its theater debut. It was slated as a straight-to-DVD film, but Drew Barrymore’s production company, Flower Films, was able to save the movie from its fate, giving it a chance to hit select cinemas, according to What Culture. The movie focuses on its main character, Donnie Darko, who doesn’t really get along well with anyone. Things get stranger when Darko finds himself seeing visions of a large bunny rabbit that is able to convince him to commit several crimes, according to IMDb.

The film received a Metascore of 71, an 85 percent on Rotten Tomatoes’ Tomatometer, and its domestic lifetime gross is $1.3 million. Interestingly, Salon writes that the movie has grossed more than $10 million in DVD sales in the U.S., far exceeding its theater sales. 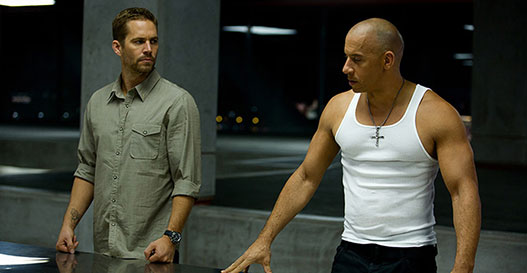 Universal almost put the brakes on the Fast and Furious films after the first two installments, and was seriously considering releasing its sequels on DVD without a theatrical run. “The talk internally was that the franchise was played out,” Jeffrey Kirschenbaum, Universal Pictures co-president of production, told TheWrap. “At that point we were weighing whether to go straight to video or not for future sequels. We weren’t sure what we were going to do.”

But Universal decided to give the series a makeover, focusing more on the heist aspect of the films. It was a smart move. Fast & Furious 6 (2013) grossed $788.7 million worldwide, while Fast Five (2011) grossed $626.1 million, according to Box Office Mojo. Fast & Furious 6 received a Metascore of 61, while Fast Five received a 67. Finally, this year’s Furious 7 brought in a record $1.5 billion in worldwide gross, according to Box Office Mojo. Sometimes a little makeover can go a long way. 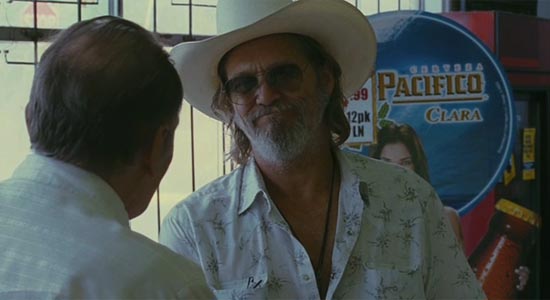 Jeff Bridges stars in this movie, released in 2009, as a broken-down country singer who reaches out to Jean (Maggie Gyllenhaal), a journalist who helps him overcome his inner demons and discover who he truly is. The movie received a Metascore of 83 and won two Oscars. While it turned out to be extremely successful, the film was actually made fairly quickly, cost very little, and almost went straight to DVD. Digital Spy writes that studio executives ended up second guessing their decision to release it to DVD immediately, and Fox Searchlight ended up giving it a shot in theaters.

A Slate review states: “On first viewing, Crazy Heart seemed like a pretty good movie with one great performance. After a second time through, it’s sneaking up on the title of my favorite film of the year.” The movie had a domestic total gross of $39.5 million, per Box Office Mojo. Considering it almost never even got a chance to debut on the big screens, Crazy Heart turned out to be a surprising success.