The most important thing to remember when watching a film critically is that every single frame and moment has been specifically crafted to have an effect on the viewer. In theory, nothing is an accident — whether it’s the way in which an actor is saying a line, the method in which the shot is setup for that moment, or even the specific type of lamp that might be sitting in the background.

Altogether, the construction of a film can be incredibly complicated, but the reasoning behind every decision nearly always comes down to how it is working with the story and how it is affecting the viewer. With that in mind, here are seven essential ways to break down a film in order to begin thinking about it from a critical viewpoint. 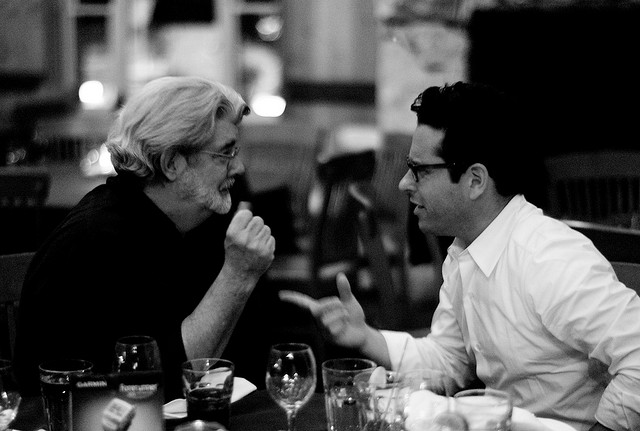 It’s best to think of the the director like a general. He or she hires all the key creative department heads and pushes them to fulfill his vision, but can’t possibly be in full control of every technical aspect that goes on on the film set. Instead, the director must keep a keen eye on the overall vision and make sure that it is being realized to the fullest extent at every moment.

A good example of a director’s role might be in a key, dramatic turning point in a film. Depending on how he or she imagined the scene, maybe the scene doesn’t seem to have the energy that was originally envisioned. The director would then go into problem solving mode: if it’s something performance-related, a discussion with the actors would be had; if the scene could be lit or shot a little differently, a discussion with the cinematographer will follow; or maybe a line needs to be changed because the script isn’t working as intended.

Even though the areas that follow are critical to a film’s success, it’s important to note that it is ultimately the director’s responsibility to communicate what he or she wants. It is the reason why the director is the first person to be praised for a film’s success and also the first person to take the heat if it is a failure. While a director could have the most talented actors and crew available, it is still the director’s job to make sure those pieces fall into place and to know when to make any necessary changes. 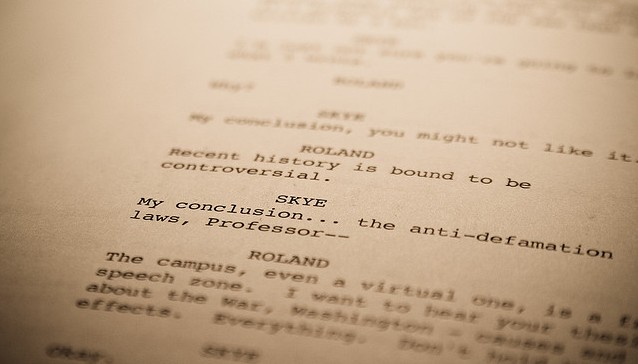 When it comes to looking at a film’s story from a structural viewpoint, it’s important to keep in mind that the vast majority of films fall into the three-act structure: a beginning, middle, and end. This isn’t because screenwriters are lazy, but because the structure simply works for telling stories and it’s difficult, but not impossible, to tell a story that falls outside of this structure.

In screenplays, the first major moment you should be on the lookout for is the inciting incident. Generally, around the ten-minute mark there will be a moment that drives the protagonist toward the story that will dominate the remainder of the film. Around the thirty-minute mark, there is usually a major turning point — the moment in which there is no going back for the protagonist — that signals the beginning of the second act where the majority of the film will take place. Finally, around the ninety-minute mark, the second turning point will signal the film’s drive towards both its conclusion and resolution.

The cinematographer, or director of photography, is the key creative head tasked with translating the director’s vision to the actual film or digital recording. This may include picking the camera, choosing lenses, lighting the scene, or any other photographic choice that can best produce the vision of the director.

The relationship between the cinematographer and director varies widely depending on how much technical knowledge the director possesses — Stanley Kubrick famously knew what he wanted out of his cinematographer down to the smallest details — but cinematographers are generally given creative reign to fulfill their role: putting the image to film.

Next time you’re watching a film, pick out a scene and think about what the intended tone of that scene is. Is it a romantic scene? Dramatic? From there, then take a look at how the lighting and the way in which the scene is shot emphasizes that tone or the story. If it doesn’t match, think about why that decision was made and what the effect is as a viewer. 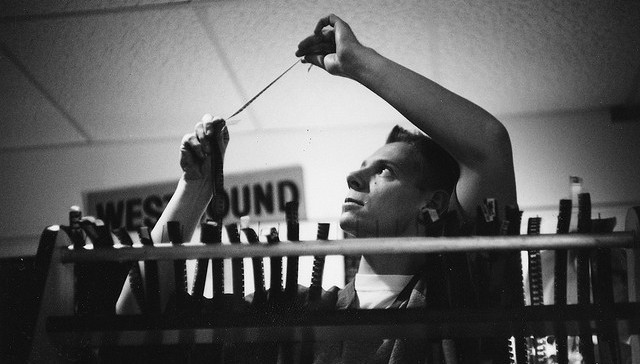 An editor is often the unsung hero of a film production; he or she can fix continuity problems, modify the story in helpful ways, and even fix bad performances. At its basic level, editing is the actual cuts — back in the days of film it was literally physical cuts in the film — that exist in the film, both within scenes and from scene to scene.

Under the watchful eye of the director, the editor is tasked with creating a visual rhythm in the film that fulfills the director’s vision. An example in a film might be a scene in which a protagonist reveals something to another character. The editor might begin the scene from further away and slowly cut to closer and closer shots as the protagonist reveals his secret. Alternatively, the editor might decide just the opposite, or something in-between — this is ultimately the director’s decision.

Editing can have a huge impact on viewer experience, but its hidden qualities (if the editor is good) can also make watching for it a tough task. In many ways, watching for editing relies very much on keeping in tune with your physical experience watching a film. A scene like the one outlined above might slowly change the way a scene feels to you, but the opposite is also true. A hard cut might make you feel a slight jolt or the combination of two shots following one another may result in an experience different than either shot by itself. To start getting a feel of what the editing is doing to the viewer’s experience, it’s important to start with your gut.

Beyond the script, the actors might be the most important piece of the film puzzle. Just like a great script can produce great performances from mediocre actors, great actors have the ability to push a mediocre script to new heights. But it’s the job of the actor, under the direction of the director, to make sure that the performance is consistent with whatever the goal of the film is.

Acting is probably the easiest thing to be on the lookout for when watching a film critically, simply because the actors take front-and-center in the viewer’s experience of the film. Many of the things to consider when it comes to acting are similar to what you can watch for in the screenplay. What is the character’s goal? What is his or her character development? Is the character’s filmic journey satisfying? From there, you might start to think about whether the actor achieved these goals successfully and why or why not.

Acting is notoriously hard to quantify; some actors just seem to “have it.” But the believability factor can go a long way in starting to break down a performance when it is compared to what his or her goal was as an actor in the film. As a viewer, do you completely believe the existence of a character no matter how normal or insane that character is? From there, you can start to break down aspects of the performances that worked or didn’t work, but the biggest thing is always believability.

Another unsung hero of film production, the production designer or art director is the person tasked with building up the world where the characters exist. He or she collaborates with both the director and director of photography to achieve the aesthetic demands of the project while guiding the costume designer, make-up stylists, and other similar departments in order to achieve the director’s overall vision.

If a character lives in a shabby apartment in 1960s New York City, the production designer is the person who will painstakingly recreate what that apartment may have looked like, setting up the apartment to reflect the look and era, guiding the costume designer toward a style that feels consistent, and doing anything else that’s necessary to make the viewer feel as though this is taking place in the 1960s and not in the present day.

Along with the director and director of photography, the production designer is also an essential creative force in driving the film’s visual consistency. This can mean choosing a color palette to stick with throughout the film or choosing locations that best reflect the tone of the film. Many directors of photography will admit that no matter how good their work is, it always comes down to what the production designer puts in front of their lens.

Film might be a visual medium, but there’s no doubt that sound is one of the most important aspects of a film and has been ever since 1927′s The Jazz Singer heralded the onset of the “talkies.”

Sound can be used in a variety of ways for dramatic effect. A director can employ music, sound effects, or even the lack of sound altogether to produce an effect on the viewer. The use of music in a film is more or less straightforward, although music can sometimes be used in ways that clash with the visuals rather than go along with it. But sound starts to get interesting when the director employs it in ways that emphasizes a character’s subjective state.

Some great examples of stylized sound are found in Steven Spielberg’s Saving Private Ryan. As soon as the American soldiers arrive at Omaha Beach, Spielberg follows them as they dive off the boat and underwater, with the sounds becoming muted and distant to reflect the physical sensation of going underwater. Spielberg also uses subjective sound to emphasize dramatic moments. When Tom Hanks’ character first arrives at the beach in a daze, the sound of the battle around him grow distant and hollow to show his personal experience to the events unfolding around him.