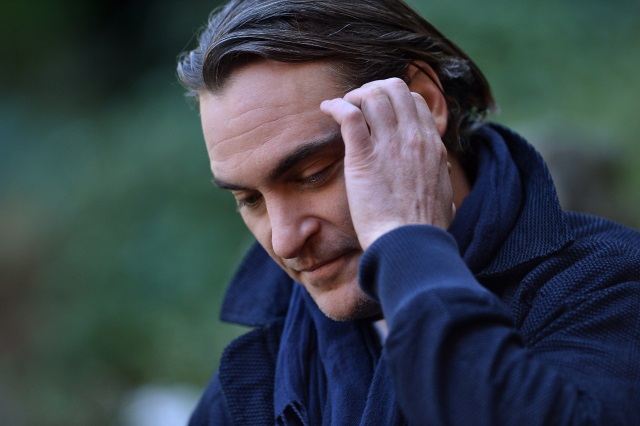 Joaquin Phoenix has garnered plenty of accolades over the years for his performances in several major motion pictures, as well as many lesser known independent films. Here is a look back at some of the most critically acclaimed roles in Phoenix’s impressive acting career. While all of the performances highlighted on this list garnered critical praise, the films are ordered according to their overall critical rankings on Rotten Tomatoes, from lowest to highest. Here are seven critically acclaimed performances by Joaquin Phoenix, per awards information provided by IMDb.

Joaquin Phoenix portrayed the Abbé du Coulmier in this film that is set in the aftermath of the French Revolution. In the film, the Abbé du Coulmier oversees an asylum where the Marquis de Sade (Geoffrey Rush) is imprisoned for his controversial writings. Although the Marquis was institutionalized in order to prevent him from writing, the fairly liberal Abbé gives the Marquis enough freedom to continue his work.

This blockbuster historical epic from director Ridley Scott was a critical and commercial success with five Oscar wins and over $457 million in total worldwide gross, according to Box Office Mojo. In the film, Joaquin Phoenix plays Commodus, the evil son of the Roman emperor who murders his father in order to seize the throne. While Russell Crowe took home the Oscar for Best Actor in a Leading Role for his portrayal of the noble Roman general Maximus, Phoenix’s performance as the villainous Commodus garnered an Oscar nomination for Best Actor in a Supporting Role, as well as a Golden Globe nomination in the same category.

Phoenix was also honored with nominations or awards from over a dozen other awards associations, including the British Academy of Film and Television Arts (BAFTA), the Screen Actors Guild, the San Diego Film Critics Society, and the Southeastern Film Critics Association. Gladiator currently has a 76% Certified Fresh rating from the critics at Rotten Tomatoes.

Joaquin Phoenix plays a suicidal lover in this James Gray-directed romantic drama that was nominated for the prestigious Palme d’Or award at the 2008 Cannes Film Festival. In the film, Leonard Kraditor (Phoenix) is torn between two women: the drug addicted Michelle Rausch (Gwyneth Paltrow) and the much more stable family friend Sandra Cohen (Vinessa Shaw).

Two Lovers received generally positive reviews from the film critics, with many praising Phoenix’s heartfelt performance as the lovelorn Leonard. Phoenix garnered Best Actor nominations from several awards associations, including the International Cinephile Society and the Online Film Critics Society. His performance also earned him a nomination for Best Actor in the 2009 Village Voice Film Poll. Two Lovers currently has an 82% Certified Fresh rating from the critics at Rotten Tomatoes.

Joaquin Phoenix earned his second Oscar nomination and his first in the Best Performance by an Actor in a Leading Role category for his portrayal of legendary country musician star Johnny Cash in this film. Although Phoenix lost to Capote star Philip Seymour Hoffman that year, fellow Walk the Line star Reese Witherspoon took home the Best Performance by an Actress in a Leading Role Oscar for her portrayal of Cash’s love interest, June Carter.

In any case, the chemistry that Phoenix and Witherspoon demonstrated in their dead-on performances as Cash and Carter earned rave reviews from most critics. “Knowing Cash’s albums more or less by heart, I closed my eyes to focus on the soundtrack and decided that, yes, that was the voice of Johnny Cash I was listening to,” wrote Roger Ebert. “The closing credits make it clear it’s Joaquin Phoenix doing the singing, and I was gob-smacked.” Walk the Line currently has an 82% Certified Fresh rating from the critics at Rotten Tomatoes.

Joaquin Phoenix picked up his third overall Oscar nomination and his second in the category of Best Performance by an Actor in a Leading Role for his portrayal of Freddie Quell, a troubled World War II veteran, in this critically acclaimed film directed by Paul Thomas Anderson. In the film, Quell becomes enthralled with Lancaster Dodd (Philip Seymour Hoffman), a charismatic leader of a philosophical movement known as “The Cause.” Amy Adams costars as Lancaster’s wife, Peggy Dodd.

The Master was widely praised by the critics and all three of the film’s main performers garnered Academy Award, Golden Globe, and BAFTA nominations. Phoenix also earned dozens of nominations and awards from various prestigious critics’ associations, including the National Society of Film Critics, the Broadcast Film Critics Association, and the Los Angeles Film Critics Association. The Master currently has an 85% Certified Fresh rating from the critics at Rotten Tomatoes.

Phoenix’s performance garnered him a Best Young Actor Starring in a Motion Picture nomination from the Young Artist Association in 1990. Although over 25 years old, Parenthood has maintained its popularity with the critics and currently has a 92% Certified Fresh rating at Rotten Tomatoes.

Joaquin Phoenix once again plays the role of a heartsick lover — albeit with a twist — in this unique science fiction film directed and written by Spike Jonze. In the film, lonely ghost writer Theodore Twombly falls in love with a highly advanced operating system named Samantha (voiced by Scarlett Johansson). The film earned largely positive reviews, with many critics praising Phoenix’s believable performance as a man in love with a bodiless artificial intelligence. “Phoenix must communicate his movie’s meaning and feelings virtually on his own,” noted TIME’s Richard Corliss. “That he does, with subtle grace and depth.”

Phoenix’s performance garnered honors from multiple awards associations, including a Best Performance by an Actor in a Motion Picture, Musical or Comedy nomination from the Golden Globes; a Best Actor Saturn Award nomination from the Academy of Science Fiction, Fantasy and Horror Films; and a third place Best Actor award from the International Cinephile Society. Phoenix also shared a Special Mention Award with Scarlett Johansson from the Alliance of Women Film Journalists for Best Depiction of Nudity, Sexuality, or Seduction. Her currently has a stellar 94% Certified Fresh rating from the critics at Rotten Tomatoes.