Based on a novel of the same name by Michael Crichton, 1993’s Jurassic Park tells the story of a billionaire who creates a theme park filled with cloned dinosaurs. What could possibly go wrong? Well, as it turns out, live dinosaur theme parks are a bad idea. But making a movie about the mayhem that ensues turned out to be a great idea.

Directed by Steven Spielberg, Jurassic Park became a critically acclaimed, commercial hit that spawned three sequels, including last year’s blockbuster Jurassic World. Jurassic World has been the most successful film in the series yet, with a worldwide box office gross that has surpassed $1.6 billion, according to Box Office Mojo. With a total of four hit films in the franchise now, it should come as no surprise that there is plenty of Jurassic Park-related of merchandise out there. Whether you’re a longtime fan of this sci-fi action franchise, or just appreciate quality dinosaur-themed gear, you’ll want to own (or clone) these seven Jurassic Park gifts that we have unearthed. 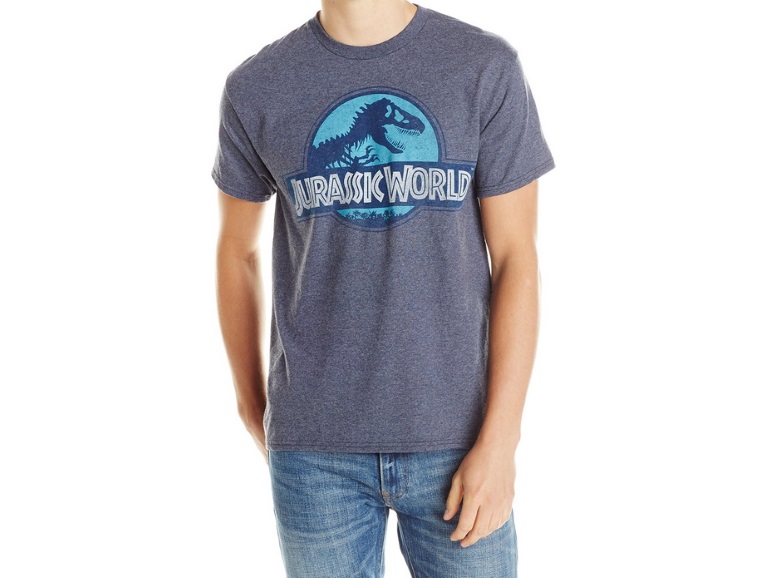 In the movies, the Jurassic Park and Jurassic World theme parks sold merchandise that was branded with the parks’ own logos. And those logos were identical to the logos that were used to market the movies. So browsing for Jurassic Park or Jurassic World merchandise can be a bit of a surreal experience, since there is often no difference between the items being purchased by characters in the movies and the items that you can buy in the real world. Jurassic World even plays with this self-referential commercialization with a fake shopping website for the gift shops on Isla Nubar. Of course, the only item you can actually purchase from that website is tickets to see the movie. 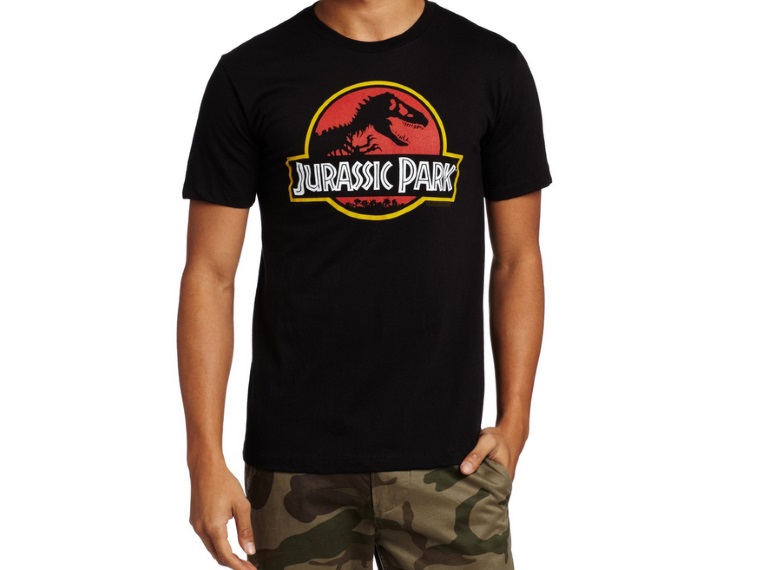 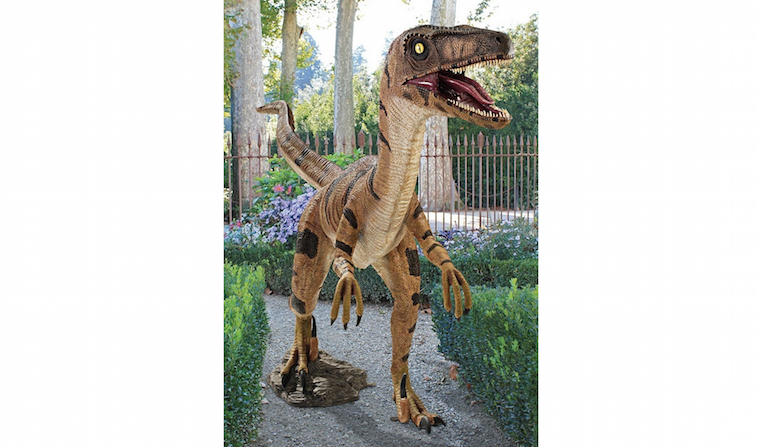 At this point you’re probably thinking, “Okay. Enough with the t-shirts. Where’s the crazily impractical Jurassic World merch that no sane person would consider buying unless they were being coerced by a 5-foot tall velociraptor?” Well, look around, clever girl. Cast in quality designer resin, this 62-inch-high, 103-pound life-size statue of a velociraptor will have your neighbors wondering whether you just successfully cloned your own prehistoric creature. Suitable for indoor or outdoor display, this velociraptor statue is not for the faint of heart – both for its realistically rendered fangs and for the bite it will take out of your bank account. You can find the Jurassic-sized Velociraptor Dinosaur Statue here. 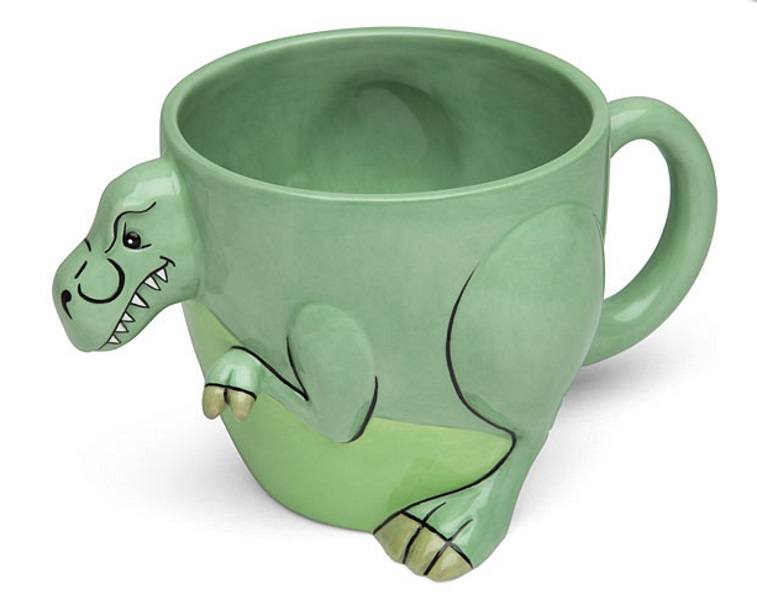 In the Jurassic Park movies, one of the most formidable dinosaurs the scientists bring back from extinction is the Tyrannosaurus rex. And while a real-life T. rex is would undoubtedly be amazing to behold, it probably wouldn’t hold your piping hot coffee. On the other hand, this adorable Jurassic T-Rex Mug can hold your coffee just fine, and it won’t try to bite you in half. You can find the Jurassic T-Rex Mug right here. 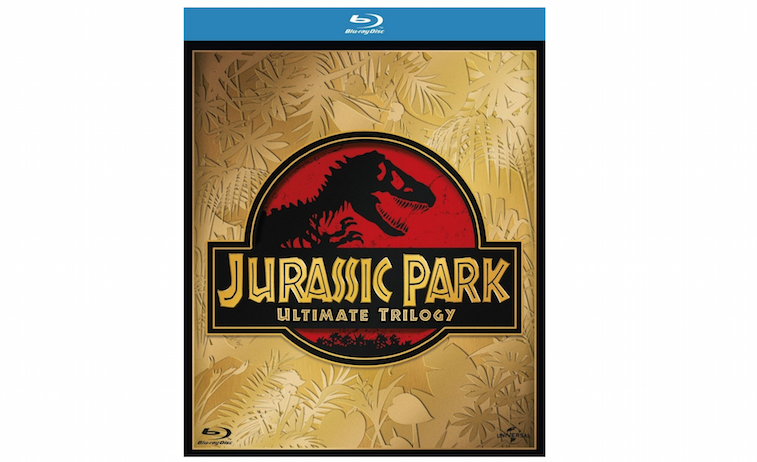 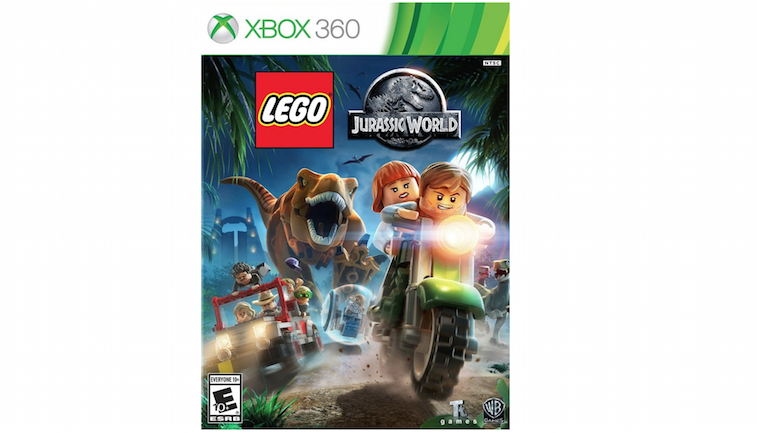 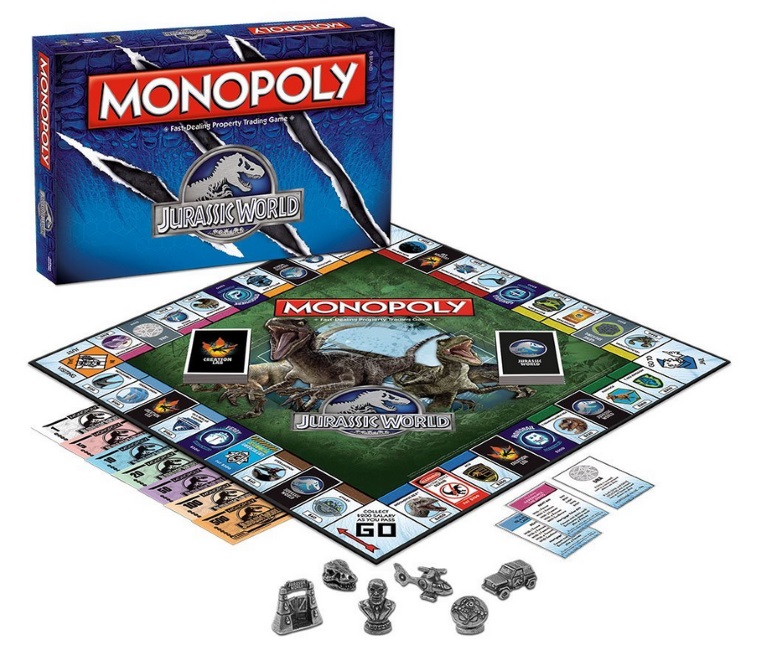