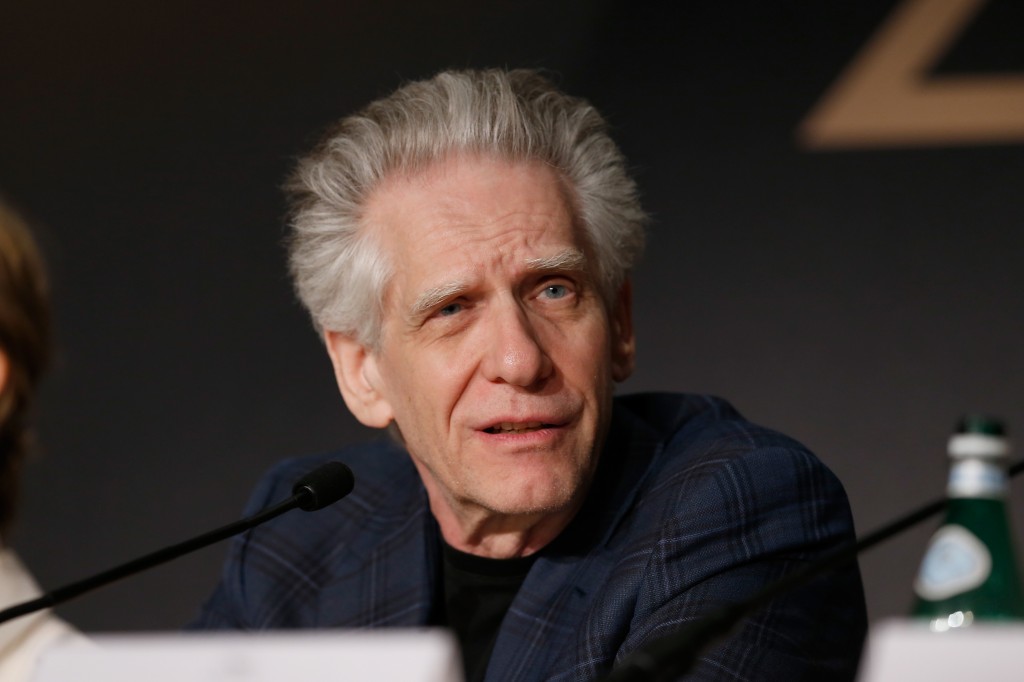 Canadian director David Cronenberg is widely regarded as one of the most original and provocative filmmakers working today. The auteur is renowned for his unique style of filmmaking, which often focuses on the transformation of the human body via mechanical technology or through biological infection. As noted by IMDb, Cronenberg’s unusual themes and propensity for gory, stomach-churning special effects have led some fans and critics to dub him the “King of Venereal Horror.”

Although Cronenberg’s most recent films, like 2012’s Cosmopolis and 2014’s  Maps to the Stars, have become less grisly and more psychological in tone, the director is still known for shocking viewers with his unconventional take on everything from virtual reality to Carl Jung. For this reason, we thought this would be an opportune time to take a look at some of this talented director’s most twisted films. Here are seven films from auteur David Cronenberg that every movie fan should see.

This film about a mentally disturbed woman undergoing unconventional psychological therapy explores the themes of biological infection and paranormal science that Cronenberg would later revisit in other works. Although most critics panned the film when it was first released, The Brood has slowly gained critical acclaim over the years, and it currently holds an 80 percent approval rating from the critics at Rotten Tomatoes.

This film about “scanners” — people who are able to kill or injure others via psychic powers — is widely considered to be Cronenberg’s first mainstream science fiction film. It was also Cronenberg’s highest-grossing film at the time of its release, with a total lifetime domestic gross of more than $14 million, according to Box Office Mojo. Like many Cronenberg films, Scanners includes heavy doses of both paranormal science and gory practical special effects. The film’s most enduring legacy may be the famous “exploding head scene” that has become a widely shared Internet GIF.

Cronenberg’s prescient exploration of the effect that television can have on humans’ perception of reality is as relevant today as it was 30 years ago, although the widespread use of Betamax tapes in this film makes it an unmistakable product of the 1980s. Starring James Woods and Deborah Harry of Blondie fame, the film tells the story of a TV producer who has increasingly bizarre hallucinations after viewing a violent, underground television program. Like many of Cronenberg’s works, Videodrome includes a number of visually disturbing scenes that demonstrate the melding of mechanical and biological elements, including a television set that appears to breathe and a gun that grows into a character’s hand.

Videodrome was well received by most critics, and its groundbreaking special effects created by renowned special effects makeup artist Rick Baker were widely praised. The film currently has an 80 percent approval rating from the critics at Rotten Tomatoes.

Although this movie is loosely based on a short story of the same name, Cronenberg put his distinctive thematic stamp on this horror film about a scientist who inadvertently merges his body with that of a housefly while experimenting with a matter transporter. Not surprisingly, the film features many repulsing “body horror” scenes as the scientist gradually devolves into a human-fly hybrid creature.

Starring Jeff Goldblum as the ill-fated scientist and Geena Davis as his love interest, The Fly was a commercially successful film, with a total lifetime domestic gross of $40.4 million, according to Box Office Mojo. The film was also widely praised by the critics and currently holds a 91 percent “certified fresh” rating from the critics at Rotten Tomatoes.

Ostensibly based on William S. Burroughs’s novel of the same name, Cronenberg’s film actually merges material derived from the book with real events from Burroughs’s life. Starring Peter Weller of Robocop fame, Cronenberg’s re-imagining of Burroughs’s seminal novel was well received by the film critics despite its bizarre and incomprehensible storyline that involves various hallucinogenic drugs and giant talking insects. However, considering the source material, incomprehensibility and bizarreness appear to have been exactly what Cronenberg intended.

Cronenberg’s eXistenZ reexamines many of the themes that the director first explored in Videodrome, such as the melding of humans’ bodies with technology and the psychological effects of interacting with a virtual reality. Starring Jude Law and Jennifer Jason Leigh, eXistenZ is set in a near-future time when immersive virtual reality games are played by users who attach genetically engineered “game pods” directly to their spines.

Like Videodrome and other Cronenberg films, eXistenZ features many bizarre scenes that are unmistakably Cronenberg-esque, including a sequence in which a character assembles a tooth-shooting handgun from the bones of a mutated animal. Although the film was a commercial flop, it received mostly positive reviews from the critics, and it has slowly gained cult status in the years since its release.

Cronenberg’s second film to feature Viggo Mortensen tells the story of a midwife, played by Naomi Watts, who inadvertently gets caught up in the machinations of the Russian mafia in London. While the film contains some memorable scenes of graphic violence, it mostly follows the style of Cronenberg’s later works by focusing more on psychological themes — such as identity and redemption — rather than themes related to paranormal science and technology. However, like many Cronenberg films, this crime thriller includes its fair share of mind-bending plot twists.