7 Movies About American Workers to Celebrate the Labor Day Spirit 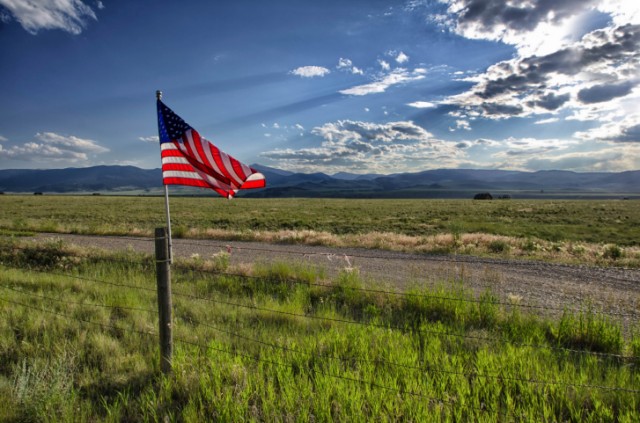 September 4 is Labor Day, a time to  celebrate the “contributions workers have made to the strength, prosperity, and well-being of America,” according to the USA.gov website. And while most of us will probably celebrate the occasion by just taking a long, three-day break from the daily grind, you can also mark this holiday by watching some of the best films that have been made about the American worker. From biopics about important labor leaders, to comedies that make fun of absurd bosses, here are seven great movies you can enjoy this Labor Day weekend. Movies are ordered from oldest to newest.

Besides being a critically acclaimed film with a great story and amazing performances, The Grapes of Wrath is also a good way to get an idea of how far workers have come in America. Based on John Steinbeck’s Pulitzer Prize-winning novel of the same name, this John Ford-directed film tells the story of a poor family from Oklahoma that heads to California after their farm is foreclosed on during the Great Depression.

The film stars Henry Fonda, Jane Darwell, John Carradine, Shirley Mills, John Qualen, and Eddie Quillan. The Grapes of Wrath was nominated for seven Academy Awards and took home two, including a Best Director Oscar for John Ford and a Best Actress in a Supporting Role Oscar for Jane Darwell. The film has maintained its status over the years and currently has a 100 percent “Certified Fresh” rating from the critics at Rotten Tomatoes.

Based on the true story of a North Carolina worker who fought to unionize a textile mill, Norma Rae demonstrates the difficulties that labor organizers often face when trying to improve working conditions and workers’ pay. The film stars Sally Field in the title role, Beau Bridges as Norma Rae’s husband, and Ron Leibman as union organizer Reuben Warshowsky. Norma Rae was awarded two Academy Awards, including a Best Actress in a Leading Role Oscar for Sally Field. This film is still resonates with viewers today and it currently has a 90 percent approval rating from the critics at Rotten Tomatoes.

Deriving its title from the traditional American business hours of 9 a.m. to 5 p.m., this Colin Higgins-directed comedy film tells the story of three female office workers who must deal with a terrible boss. However, after the women bond over their shared work experiences, they hatch a plan to get retribution. Starring Dolly Parton, Lily Tomlin, and Jane Fonda, 9 to 5 was a commercial and critical success. Parton’s theme song for 9 to 5 garnered an Academy Award nomination, and the film currently has an 82 percent approval rating from the critics at Rotten Tomatoes.

Like Norma Rae, Silkwood is based on the true story of a worker fighting to improve working conditions. Unfortunately, the story of whistleblower and union organizer Karen Silkwood has a much more tragic ending than the uplifting story of Norma Rae. In the film, Meryl Streep plays the title character, a worker who makes plutonium fuel rods at the Kerr-McGee plant. After Silkwood and several other employees are contaminated with radiation, she begins uncovering evidence of negligence at the plant. However, shortly before she was due to meet a journalist to turn over documents related to her investigation, Silkwood was killed in a car accident under mysterious circumstances. Besides Streep, the film also stars Kurt Russell, Cher, Craig T. Nelson, Sam Elliott, and Fred Ward. Silkwood garnered five Academy Award nominations and currently has a 70 percent approval rating from the critics at Rotten Tomatoes.

Writer and director Mike Judge takes a satirical look at the white collar workplace experience in this comedy film. Starring Ron Livingston as dissatisfied IT worker Peter Gibbons, the film portrays the multitude of annoyances suffered by office workers, including intrusive bosses and malfunctioning printers. The film also stars Jennifer Aniston as Peter’s love interest, Gary Cole as a sadistic boss, and David Herman and Ajay Naidu as fellow office drones. While the film wasn’t a commercial hit at the time of its release, it has since achieved a cult following and currently has a 79 percent “Certified Fresh” rating from the critics at Rotten Tomatoes.

Nothing strikes fear in the heart of the American worker like the word “outsourced.” However, the cost-cutting practice of contracting work to an outside company gets the romantic comedy treatment in this film about an American call center worker who is obliged to train his overseas replacements in India. While Todd Anderson — played by Josh Hamilton — is initially put off by his experience in India, he eventually adapts and even becomes romantically involved with one of his new coworkers. Outsourced received mostly positive reviews from the critics and spawned a short-lived television series of the same name. The film currently has a 74 percent “Certified Fresh” rating from the critics at Rotten Tomatoes.

Michael Peña plays the title role in this biopic about the famed Mexican-American labor organizer and civil rights leader who fought for the rights of farm workers. While the film was criticized by some reviewers for its adulatory portrait of Chavez, the film provides an accurate portrayal of the poor working conditions that farm workers had to endure before changes were made due to Chavez’s campaigns. Besides Peña, the film also stars America Ferrera, Rosario Dawson, and John Malkovich.